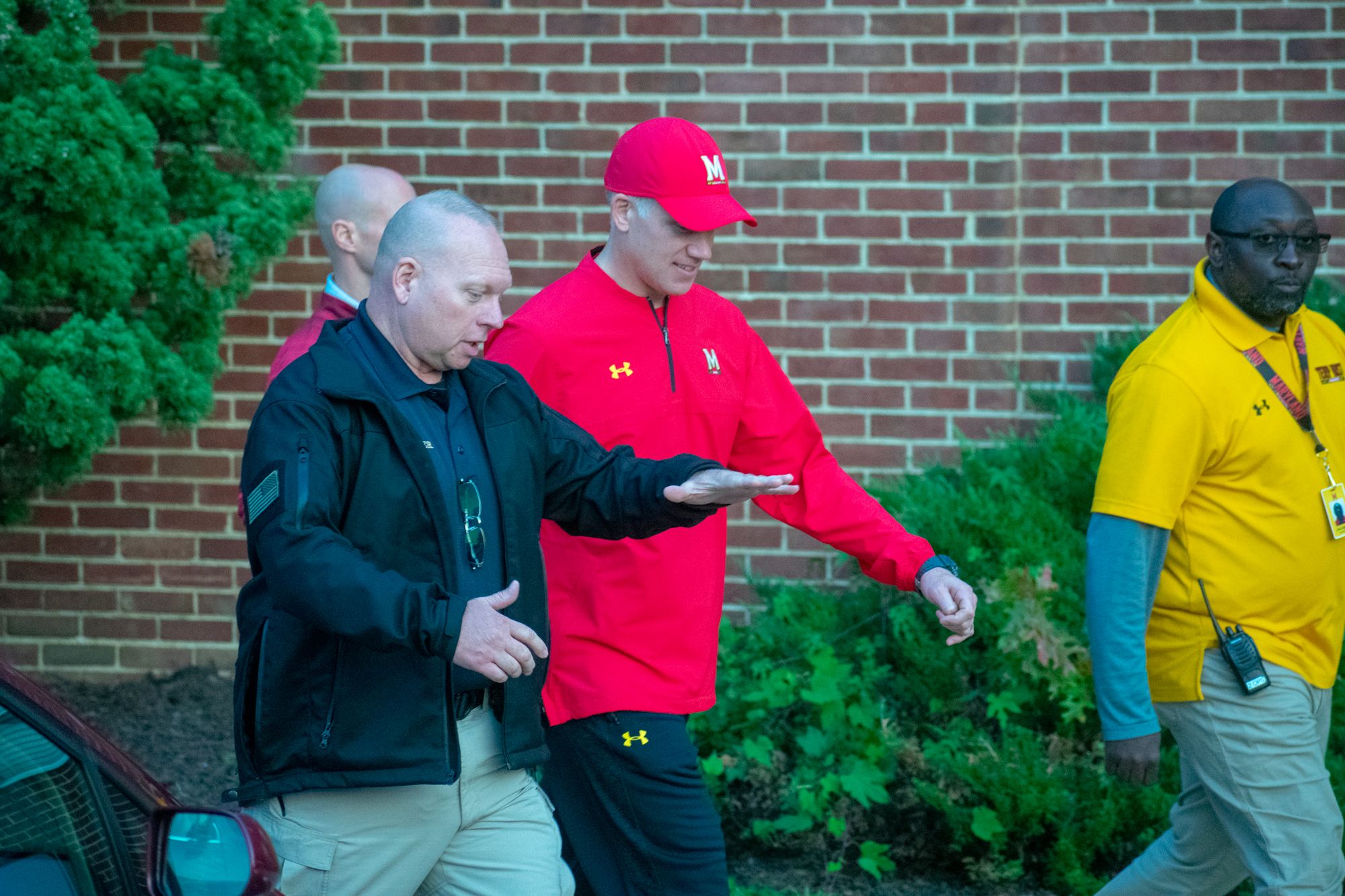 The University of Maryland fired DJ Durkin on Wednesday, university President Wallace Loh announced, just one day after the school said he would be reinstated as head coach and on the sidelines at Saturday’s game against Michigan State.

Matt Canada, who joined the team to be offensive coordinator earlier this year, had served as interim head coach while Durkin was on leave. Canada is slated to remain on an interim basis.

The university had been pummeled in the media following the Board of Regents’ recommendation that Durkin and athletic director Damon Evans keep their jobs, and Loh’s announcement that he would retire in June.

Loh had reservations about Durkin’s return and reportedly was issued an ultimatum by the board: retain Durkin or be fired. Initially, he elected to keep the head coach, and Durkin returned to practice Tuesday. But Loh reversed course Wednesday after outcry from campus constituents and the media.

“The chair of the Board of Regents has publicly acknowledged that I had previously raised serious concerns about Coach Durkin’s return,” Loh said in the statement. “This is not at all a reflection of my opinion of Coach Durkin as a person. However, a departure is in the best interest of the University.”

Loh and the university had confirmed they accepted those recommendations Tuesday, and Durkin was at practice Tuesday and Wednesday.

Durkin had been on administrative leave since August, when two ESPN articles alleged the program had a toxic culture that may have played a role in the death of Jordan McNair from heatstroke suffered at a team workout May 29.

Following a lengthy investigation, the Board of Regents recommended Tuesday that Durkin return as Maryland’s head coach, and a school spokesperson confirmed he was the head coach effective immediately.

The board — which sets policy for all institutions in the University System of Maryland — stated that Durkin was unfairly blamed for athletic department dysfunction and demonstrated a genuine concern for his team’s well-being, despite many players telling an eight-person committee otherwise.

“I’m grateful for the opportunity to rejoin the team and very much appreciate having the support of the Board of Regents,” Durkin said in a statement Tuesday.

“DJ Durkin is our head football coach and has all the customary responsibilities along with it,” athletic director Damon Evans said in a statement Tuesday. “Coach Durkin is focused on ensuring that there is a smooth transition and his priority is the well-being of our student-athletes.”

Multiple media outlets reported that three players walked out of Durkin’s initial meeting back with the team Tuesday.

The committee said Durkin didn’t receive proper resources from the athletic department to help him as a first-time head coach, but also rebuked his claim that supervising Court was not his responsibility.

“We believe that he is a good man and a good coach, who is devoted to the well-being of the student-athletes under his charge,” Brady said. “He is also at the beginning of his coaching career, with a great deal of promise and much still to learn. We believe he deserves that opportunity.”

Because Durkin was fired without cause, the university owes him about $5.1 million.