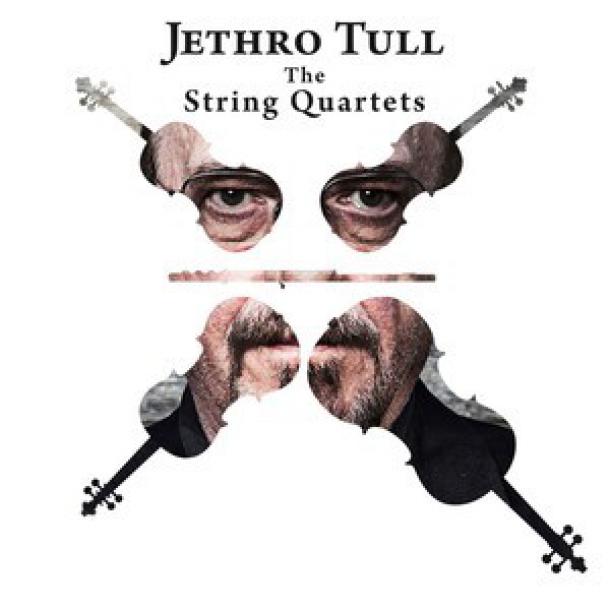 Rock ‘n’ roll is a beautiful thing. No matter what type of music you enjoy, there’s more than likely a genre of rock out there that can satisfy your musical cravings. Looking for something poppy, theatrical and sexy? Glam rock is the way to go. Are the sounds of Woodstock more your vibe? Folk rock has you covered. Classic rock, punk rock and alternative rock are also on the scene, three solid niches in the rock genre that have no small amount of bands in them.

Symphonic rock, however, is a facet of rock ‘n’ roll that appears on the surface to be smaller than the others. After all, the idea of a string quartet performing rock songs may sound like a fairly new concept. Unorthodox as it may be, that’s exactly what Jethro Tull front man Ian Anderson did with the drop of the band’s latest album, The String Quartets.

Featuring the Carducci String Quartet, the album is in essence a reimagined compilation album. It’s composed of some of Jethro Tull’s greatest hits, yet each of them have been rearranged and recreated to fit with the orchestral instruments. If classic Jethro Tull fans were used to songs entitled “Locomotive Breath,” “Living in the Past” and “Aqualung,” it might have come as a surprise to see the titles “Loco (Locomotive Breath),” “In the Past (Living in the Past)” and “Aquafugue (Aqualung)” on the album.

Fear not though; although of course it’s impossible to make the songs sound identical to the originals, the root of each song is still there. And yes, Ian Anderson’s exceptional flute playing is also present throughout the album.

As a whole, this album is not only wonderfully refreshing, but it’s exceptionally well done. With a project like this, the result really could have gone either way. It could be super interesting to hear these classic Jethro Tull songs reimagined, or it could be slightly off-putting to lose the rock sound in the genre of classical. What both Ian Anderson and the Carducci String Quartet manage to do so seamlessly is balance both the rock and the classical, making it truly symphonic rock.

The very first song, “In the Past (Living in the Past),” sets the tone for the whole album, creating an upbeat, almost jazzy feel that barely resembled classical. Although it’s not fair to say that there was no classical genre present, the violins, viola and cello never bore the listener.

Perhaps the only critique I have is Anderson’s vocals on some of the tracks. This of course makes it sound like I’m criticizing his singing, which isn’t the case — even after all these years, Anderson still maintains a fairly good voice. With such a beautiful cooperation between strings and flute though, sometimes the sound of his vocals was a little jarring. I’m not usually one to advocate for albums completely composed of instrumentals, but with this specific example the work probably could have been conveyed better if it was solely the instruments.