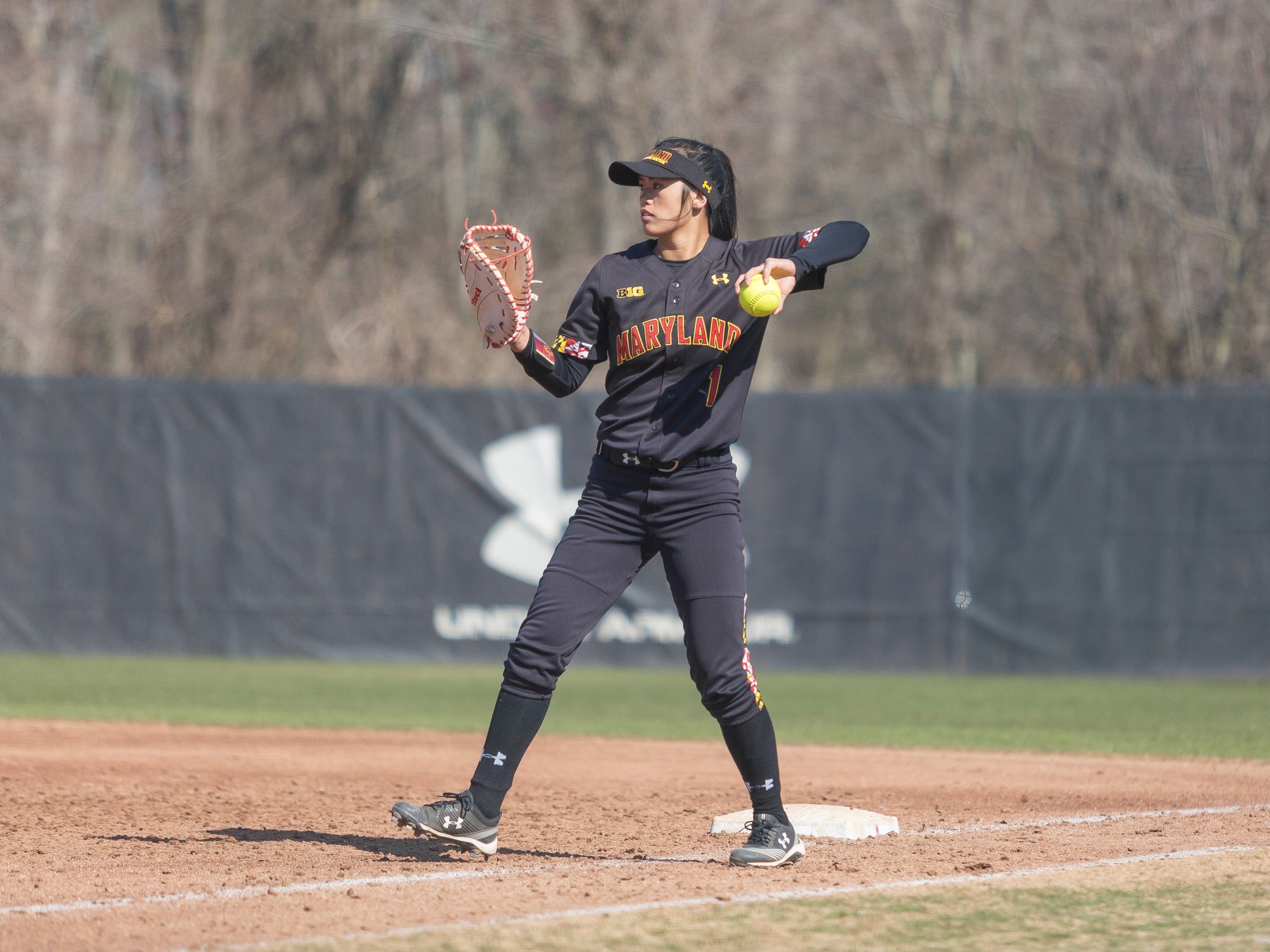 Maryland softball shortstop Mikayla Werahiko booted a ground ball in the third inning of the Terps’ Friday matchup with Iowa, putting Hawkeyes on first and second with two outs. It was the kind of mistake that has haunted the Terps all season.

But against Iowa, instead of collapsing and allowing a big inning, the Terps defense regrouped to pick up pitcher Ryan Denhart. Werahiko made an over-the-shoulder basket catch to end the inning and keep the game scoreless.

Maryland’s defense has been a weak spot all season. Their 51 errors are second-most in the Big Ten, and those errors have led to 33 unearned runs.

But in the Terps’ sweep of Iowa, they committed only three errors, and in their first Big Ten series against Penn State, they made just one. The suddenly clean fielding has sparked Maryland’s five-game win streak and its 5-1 start to Big Ten play.

“We started off rough on the season,” Wright said. “We’ve been working hard. They’ve been working on their fundamentals and coming up clutch and positioning themselves properly.”

Most importantly, none of the three errors against the Hawkeyes led to runs. Werahiko’s catch erased her own error in the third. Then, with the teams tied 1-1 in the 10th inning, an outfield assist from left fielder Amanda Brashear got the Terps out of a bases-loaded jam in an inning started by an error from right-hander Sydney Golden.

“We’ve been having really good intense practices,” infielder Skylynne Ellazar said. “That’s helping it translate onto the field and making it easier for us in those pressure situations to get the job done.”

Reliable defense is particularly important for the Terps when Golden — a drop ball pitcher who induces a lot of ground balls — is in the circle, which she was for 13 innings against the Hawkeyes.

“We need to back up our pitchers and do it for them,” Ellazar said. “We knew all we had to do was put some runs on the board and if we played solid infield defense we could win.”

In addition to making the routine outs, the Terps made several highlight plays over the weekend against Iowa.

On Friday, in addition to her basket catch, Werahiko made a jumping grab on a line drive to rob a Hawkeye of extra bases. In the first inning of that game, center fielder Kassidy Cross made a spectacular diving catch to rob a hit and save a run.

In the fourth inning Sunday, left fielder Shelby Younkin threw out Iowa outfielder Allie Wood trying to stretch a single into a double, taking the potential go-ahead run off the bases.