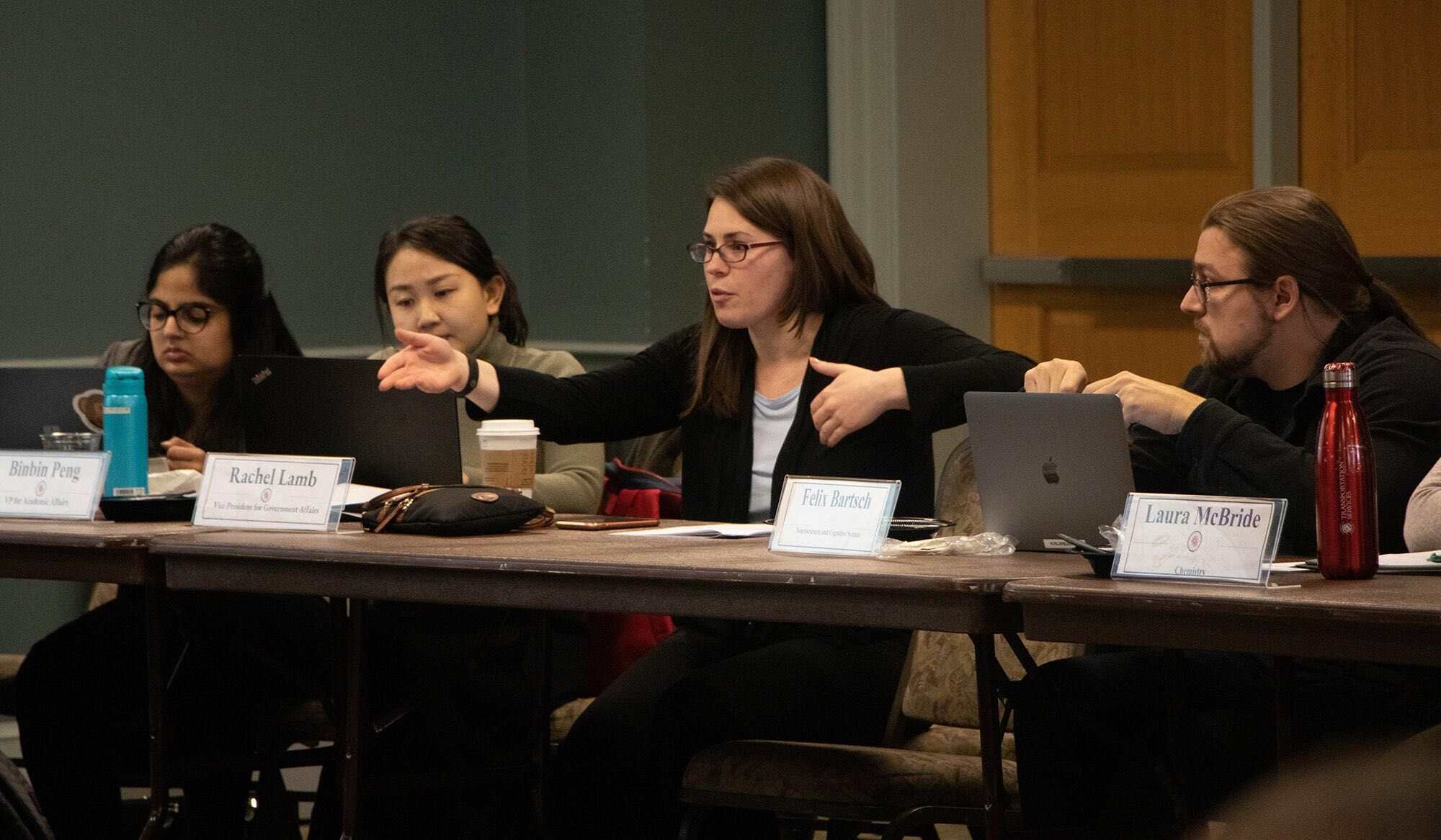 The University of Maryland’s GSG called upon DOTS on Monday to collect and share information on how the ridership of the school’s Shuttle-UM is divided between students and non-students.

While Department of Transportation Services Director David Allen said the department has been planning for months to collect this data, Graduate Student Government President Annie Rappeport said this resolution — which representatives voted unanimously to pass — signaled the group’s support of the efforts and mapped out a potential path forward.

The resolution emerged from discussions among members of the University Senate’s Campus Transportation Advisory Committee, a group that includes student, staff and faculty representatives and advises on parking and transportation issues, about how the cost of the transit bus system is shared by its riders, Rappeport said.

“Everybody’s concerned they’re getting charged too much,” she said. “The only way — and what I think most people are in support of — would be to gather verifiable data to then be able to say with some kind of certainty that this percentage of riders are this demographic of the university.”

The GSG’s resolution compels DOTS to collect the requested information by installing ID card-swiping devices in each bus, which would track the demographics of the service’s ridership — a “first step towards quickly developing a cost-sharing model.”

Shuttle-UM serves more than 2.6 million riders a year, according to its website. That total includes students, faculty and staff, as well as residents of College Park, Greenbelt and Hyattsville.

Full-time graduate and undergraduate students pay a mandatory $108.50 fee for the shuttle each semester. A portion of the parking fee that faculty and staff pay also goes to this service.

Employees also have the option of cancelling their parking registration and instead having $45 deducted from each paycheck to ride the shuttle.

College Park residents are granted complimentary passes to the shuttle, and Greenbelt residents can purchase an annual bus pass for $10.

But Allen said DOTS isn’t likely to adopt GSG’s proposed method for collecting data on ridership demographics, since the department doesn’t have that type of equipment and it would be too expensive to acquire.

Rappeport said she’d reach out to Allen to continue brainstorming.

The group also voted unanimously to approve a $4,596 increase to the Graduate Student Activity Fee for the upcoming year to fund a cost-of-living-adjustment to employees in the Graduate Legal Aid Office, if the state mandates such an increase for state workers. This would increase the fee by 59 cents per graduate student.

“We’re trying to work with you and just … request the bare necessities,” GLAO director Zac Mundy said of the fee increase. “We’re not trying to exploit you.”

In addition, the GSG announced it will hold a special election for public relations vice president at its next meeting on March 11. Nominations are open to all graduate students.

Shawna Dias, the current public relations vice president, stepped down due to conflicts in her course schedule with GSG meetings, she wrote in a text message.