Review: ‘Hamlet Replayed’ puts a twist on the classic tale 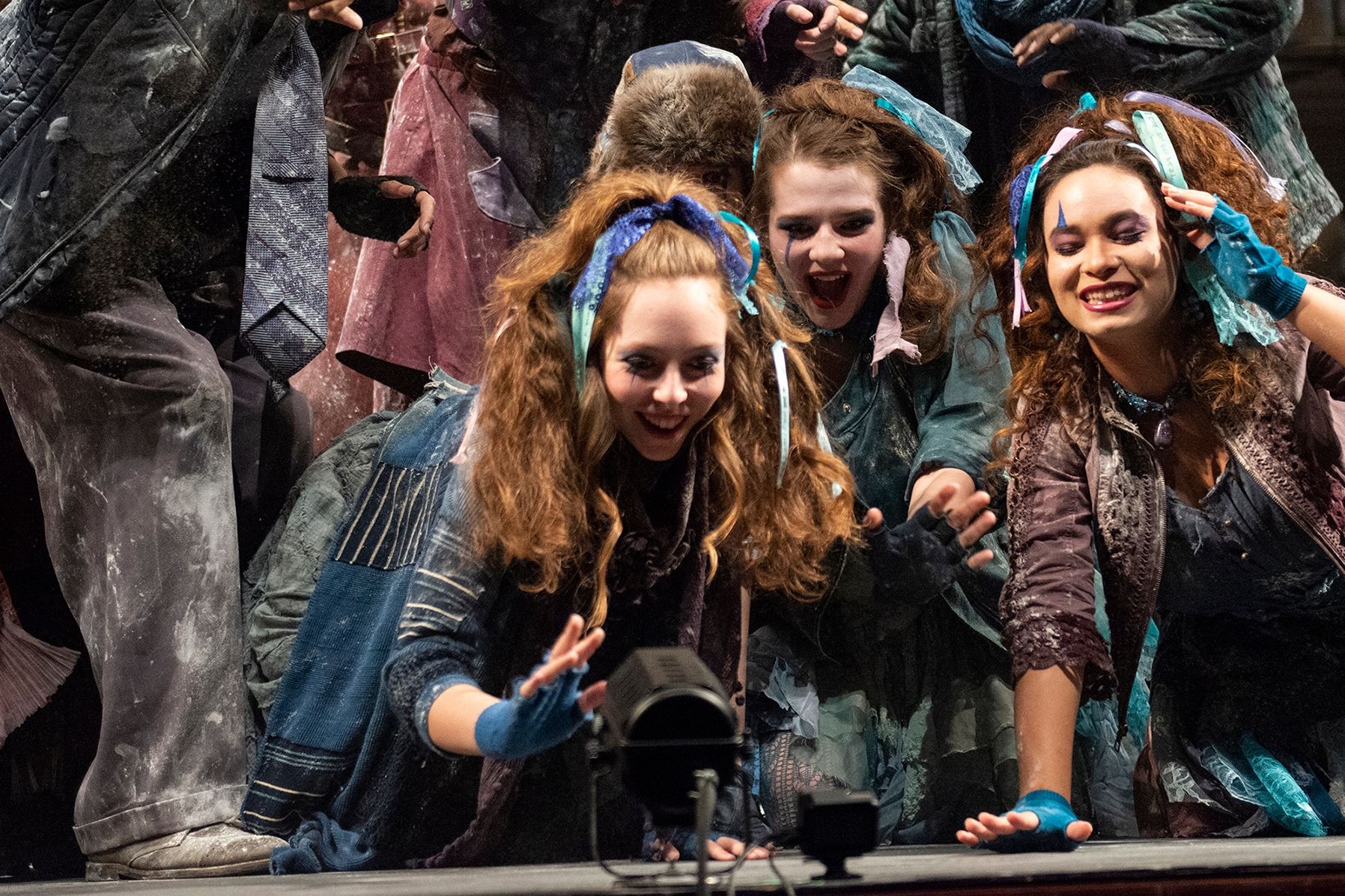 (Photo by Dave Andrews/Courtesy of The Clarice).

Maybe I’m just speaking for myself, but I didn’t digest much from high school literature. And if you took high school English, you’re probably familiar with Hamlet. I remember reading it, but the specifics and the meaning behind it are a blur. Shakespeare seemed overrated at the time, not to mention divorced from anything going on in my life.

Hamlet Replayed — a production by the University of Maryland’s theater, dance and performance studies school — takes the plot of Hamlet, but changes its execution. The story is still the same: Hamlet’s father, the King of Denmark, is killed by his uncle Claudius, who then assumes the throne and marries Gertrude, Hamlet’s mother. There’s just as much killing, disaster and drama in Hamlet Replayed, but it plays out quite differently from the classic play.

Walking into the theater, the actors stand around the crowd with sheets over their heads. They speak occasionally throughout the play, sometimes performing a section as written by Shakespeare, and sometimes expressing their own anger at the violence going on. The ghosts are a fun — but slightly scary — addition to the play. I was a bit on edge and kept checking behind my back to see if they were standing near me. These characters help move the play along and give it more of an interactive feel.

Another interesting addition to Hamlet Replayed is that a man films the play as it unfolds, and the footage is projected onto a large sheet hung in the back of the house. The projection is purposely distorted, but still shows every movement of the actors on stage. In the beginning, they mention Hamlet Replayed is “a play, within a play, within a play,” which was made clear by the projection, the ghosts standing in the audience and acknowledgment of the audience throughout.

Sometimes, I was left wondering what was going on. Audience members should definitely have a solid understanding of Hamlet’s plot before seeing it “replayed.”

The play completely shakes up Shakespeare’s original tale. The last song was “Wake Me Up” by Avicii. When Claudius and Hamlet fight, there’s a mock boxing ring on the stage, with other actors cheering them on and keeping score. At one point, they did a hilarious America’s Got Talent bit and projected videos of the actors trying out for a role in the play.

Hamlet Replayed ended in complete silence. Right before Hamlet died in the original play, he said “the rest is silence.” In this version, one of the ghosts uttered those lines and walked ominously across the stage in silence, as the curtains closed behind her. It was a fitting ending, if a little confusing — the audience didn’t know if it was really over, perhaps because of the closed curtains shrouding the dead actors in darkness.

I enjoyed the oddity of this play; it was more entertaining for me than the original Hamlet. If you want a scare and a laugh, Hamlet Replayed is running at The Clarice Smith Performing Arts Center until March 2.