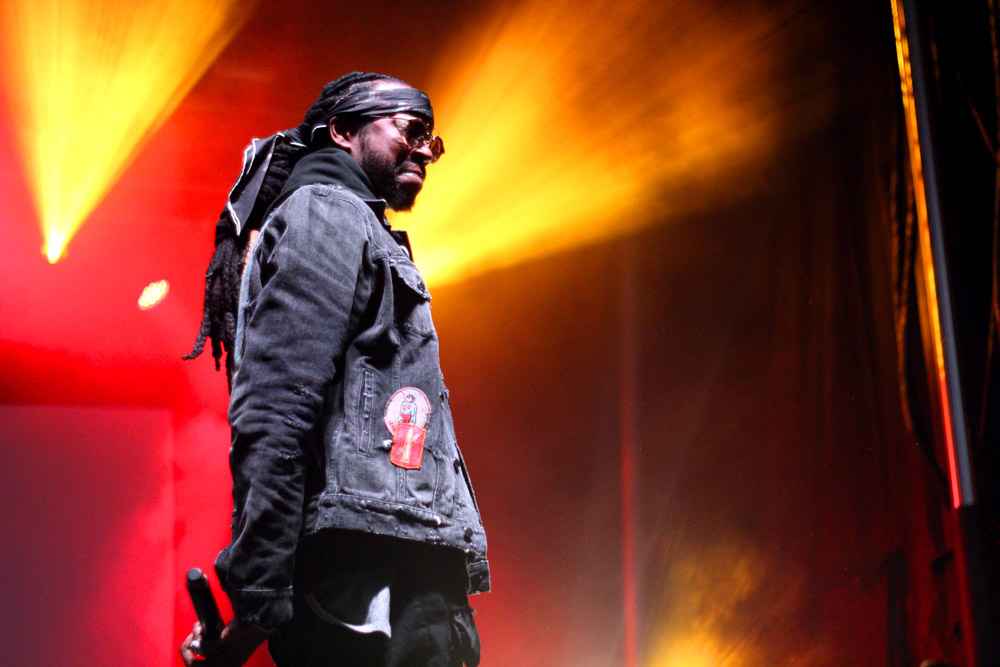 As the skies opened and the rain started to fall on Maryland Stadium on Friday, hundreds in the audience didn’t seem to notice. They were eagerly awaiting the arrival of Art Attack headliner 2 Chainz and their excitement wasn’t affected by the weather.

Their persistence paid off. When he did come on stage, 2 Chainz captivated the audience for almost an hour, engaging with crowd members and using the whole stage to his advantage. His stage presence was only aided by his fast-paced beats and hard-hitting flow, working to keep all the audience absorbed through the end of the show.

“A lot of his music is popular party stuff, so it was good for a big group of college kids,” freshman government and politics and journalism major Ally O’Reilly said. “It was so much fun to just get to dance with my friends to really enjoyable music.”

2 Chainz wasn’t the only performer scheduled for Student Entertainment Events’ 34th Art Attack. The student group also booked Ty Dolla $ign, but the rapper canceled about an hour before the event. Outside of a short press release, SEE offered no explanation as to why the cancellation occurred, saying it was out of their control.

“Our concerts director will do a lot of research and come up with a list of names which he proposes to the board and we vote. Then our middle agent will get in contact with the artist,” Chelsea Hanson, SEE’s public relations director, said. “After that, it’s really in their hands for the most part.”

“I’m mad that Ty Dolla $ign canceled,” freshman physiology and neurobiology major Deep Biswas said. “But the performers that they got instead were decent; they kept the crowd energized.”

With the rain, the cancellation and a sizable wait for a headliner, it seemed the night wouldn’t come close to a success for SEE, but 2 Chainz changed that with an energy-filled set.

“Yes, I found it kind of annoying and unprofessional that we found out [about Ty Dolla $ign] so last minute,” O’Reilly said. “But 2 Chainz’s set was still so hype. He played all of the songs that I would recognize, and it was really fun to be in the crowd.”