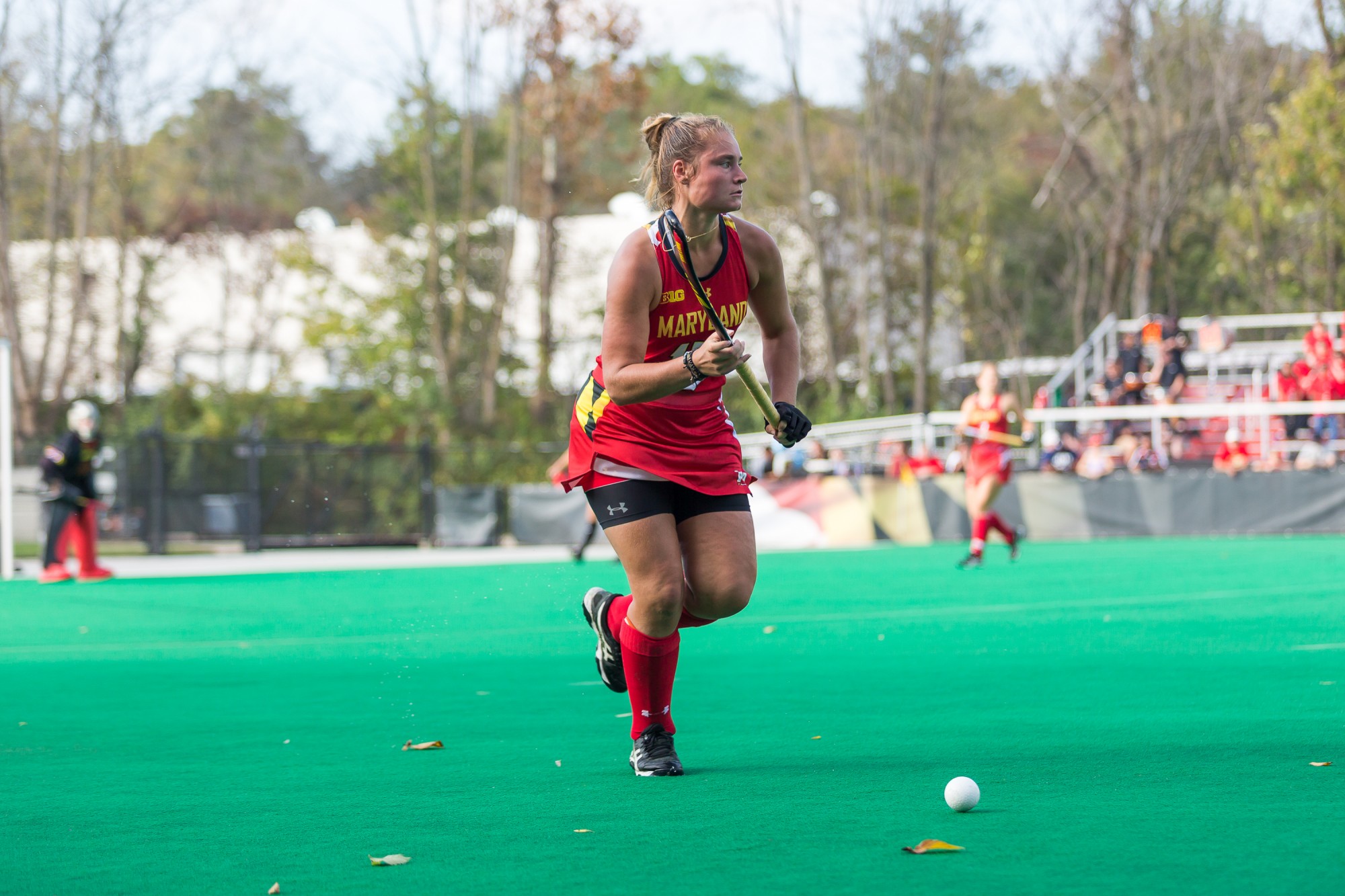 When the Maryland field hockey team started preseason camp in August, the reigning Big Ten Freshman of the Year was stuck in the Netherlands.

Bodil Keus was planning on joining the Terps for the two-week training period, but she’d lost her passport — with her visa tucked inside it — over the summer. As she waited for new copies, the Amsterdam native was unable to re-enter the United States in time to attend training camp.

“It was kind of hard for me,” Keus said. “I really wanted to be with the team.”

When Keus met the team in California for its season-opening road trip, teammates said they immediately noticed their chemistry improve. She was an integral part of Maryland’s 3-0 start to the season.

“A lot of people were saying once we got out to California and she finally got back, that it felt like we were meant to be there and that we’re actually a team now,” forward Linnea Gonzales said. “She has such an impact on the field. She’s a voice, she’s a leader, and just, like, can always hit those big balls on the field. So it’s definitely good to have her back.”

Coach Missy Meharg said the coaching staff was concerned going into the Terps’ first game against Pacific, given that Keus, a defensive leader, hadn’t practiced with the team for two weeks.

But once she was back, everything fell into place.

“She showed up in California and I automatically felt like everything was whole again,” midfielder Kyler Greenwalt said. “She’s definitely the one piece we were missing. … She sees things that no one else can see on the field, and its huge.”

Halfway through Maryland’s season opener, Meharg had a moment where she thought, “Wow, we’re just spot on.” She was impressed with how quickly Keus and her teammates found a rhythm en route to their 3-0 victory over the Tigers.

Keus said she reunited with the team without skipping a beat.

“Once I was there, everyone … just took me in,” Keus said. “They helped me out where I needed it … and just gave me a lot of energy.”

Although she didn’t score the first two games, Keus had four shots on goal, and Meharg said she was impressed with how quickly the sophomore settled in. Keus notched her first goal and assist of the season in Maryland’s 6-1 win over UC Davis on Monday.

And behind Keus, the defensive unit only allowed one goal across the trip. Against UC Davis, Meharg said she “single-handedly” led the team from the central back position, with defender Nike Lorenz out sick.

Now that she’s back in the country, Keus is looking to build off of her success last season, when she scored 13 goals for Maryland and started all but one game. And with the team having to replace defenders Carrie Hanks and Layne Litsinger, Keus said she plans on stepping up as a communicator.

“She’s just great,” Meharg said. “She’s a champion, she’s a great defender and a great leader, and [we’re] just fortunate that she finally got a new passport and visa.”