Hillary Clinton vs. Donald Trump: A breakdown of their main platforms 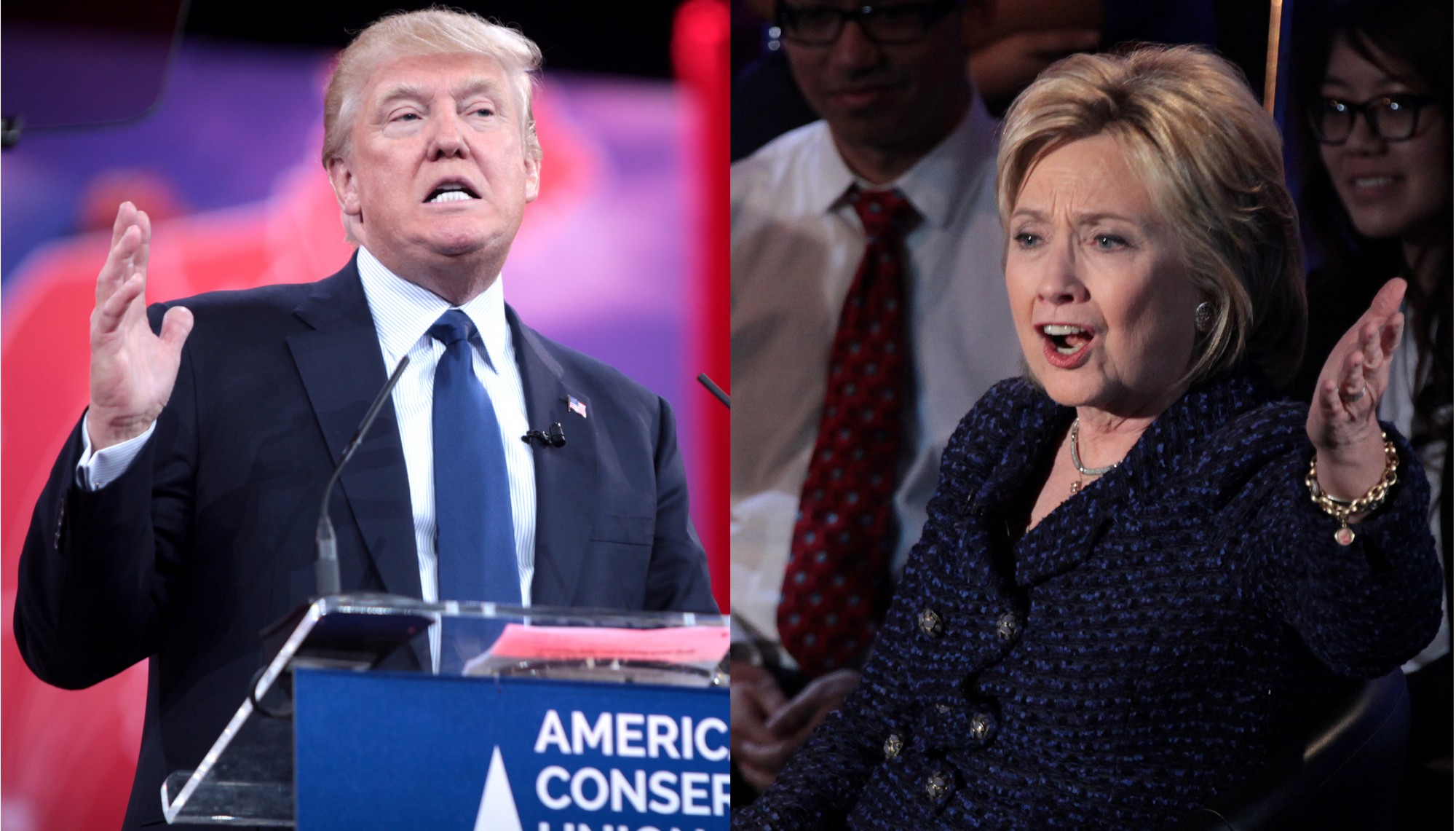 Here’s where the 2016 presidential candidates stand on this election cycle’s main topic areas:

Hillary Clinton plans to pass a plan to invest in infrastructure and clean energy in her first 100 days in office if elected, according to her website. She plans to create jobs by repairing and expanding roads, bridges and public transit options. She would also introduce new taxes on multimillionaires, raise the minimum wage, fight for workplace policies like paid family leave and expand Social Security. Clinton said she will provide tax relief for working families and guarantee equal pay for women.

Donald Trump plans to create 25 million new jobs over the next decade by increasing GDP growth and cutting taxes, according to his website. His plan includes decreasing regulations like the Environmental Protection Agency’s Clean Power Plan and scrapping the Trans-Pacific Partnership.

He also plans to hire “trade negotiators” to renegotiate NAFTA, and raise a case against China’s “unfair subsidy behavior” and “theft of American trade secrets,” according to his website.

Clinton wants to create a pathway to full citizenship for immigrants. Clinton will detain and deport individuals who pose a threat to public safety and defend refugees seeking asylum, according to her website.

If elected, she plans to prevent Iran from acquiring nuclear weapons and build ties with Cuba, and take out ISIS by dismantling global terror networks. She also said she will stand with European allies, deter Russian aggression in Europe and hold China accountable on human rights, trade and climate change.

“America’s network of allies is part of what makes us exceptional,” Clinton said in San Diego in June. “Our armed forces fight terrorists together; our diplomats work side by side.”

Trump, if elected, said he plans to repeal the defense sequester and grow each branch of the military, investing in a missile defense system, emphasizing cyber warfare and auditing the Pentagon.

He also hopes to bring down ISIS through international cooperation.

“Our military dominance must be unquestioned,” Trump said this past April.

He would also establish new screening procedures and enforce immigration laws, including temporarily suspending immigration from certain regions of the world “that have a history of exporting terrorism,” according to his website.

Trump would repeal the Affordable Care Act and replace it with a system of “Health Savings Accounts,” allowing individuals to purchase insurance across state lines and providing block grants so local governments can design Medicaid programs to serve their low-income citizens, according to his website.

Clinton said she plans to invest in clean energy if elected president. Within 10 years of Clinton taking office, the United States will generate enough renewable energy to “power every home in America,” according to her website. She plans to have half a billion solar panels installed and reduce oil consumption by a third in the next decade.

“We must reject the false choice between combating climate change and fostering strong economic growth,” Clinton wrote in an article for Time magazine in November 2015.

Trump‘s energy policies would lift restrictions on coal and onshore and offshore oil and gas to create new jobs and increase GDP and local tax revenues, according to his website.