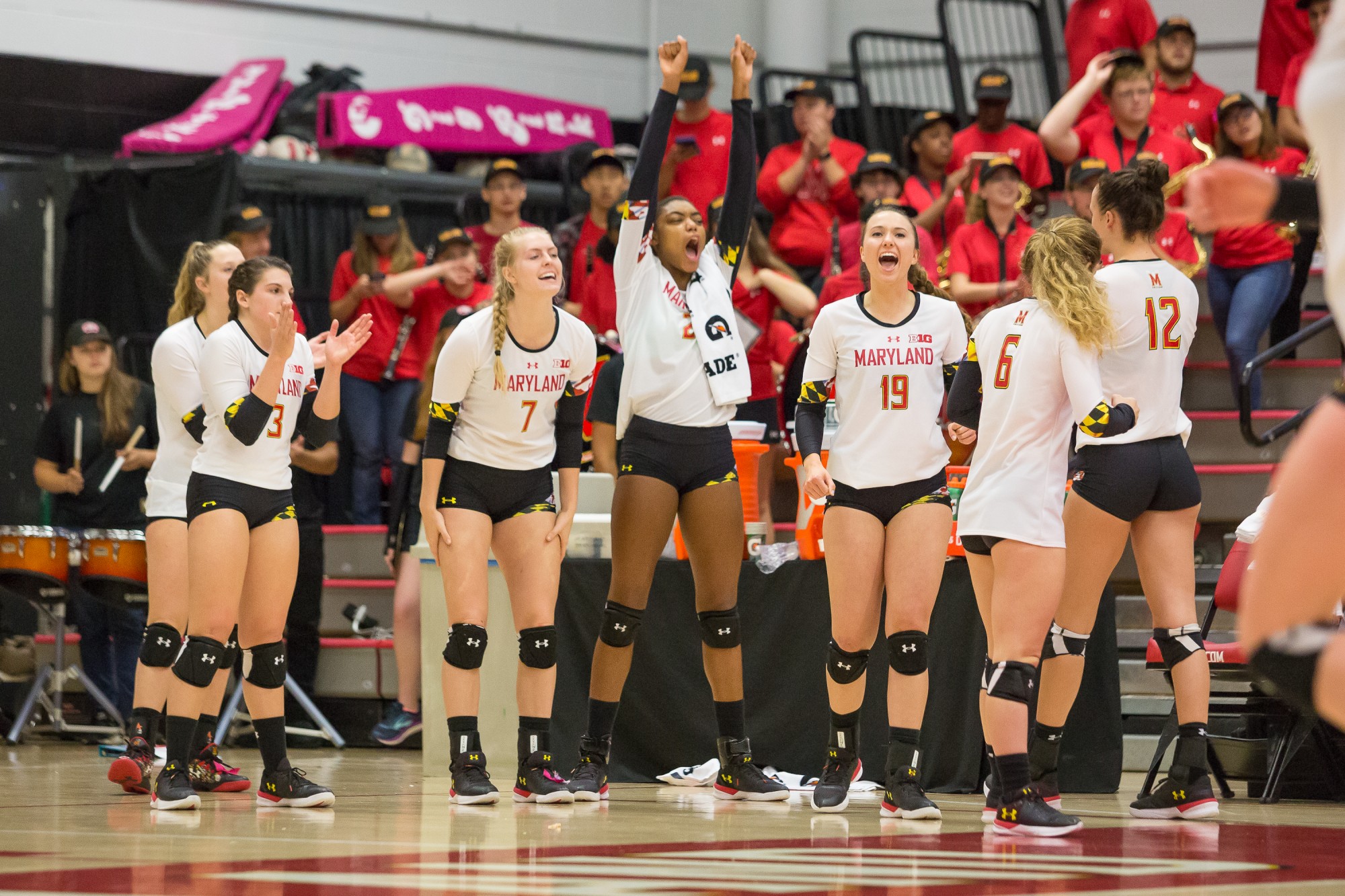 Tied at 14 in the final set Sunday against No. 17 Purdue, Maryland volleyball coach Steve Aird looked down his bench and called for setter Abigail Bentz to replace opposite/outside hitter Samantha Drechsel.

During a match in which Aird favored the jump serves of Drechsel and others, he countered that style with Bentz’s short serve, a slower ball that just sneaks over the net. Aird felt Bentz’s serve could expose the Boilermakers’ rotation. Her first serve of the match forced a miscue and an overpass that outside hitter Erika Pritchard slammed home for match point.

After Purdue tied the match, Pritchard’s final serve, her usual jump serve with force, caused another overpass that middle blocker Jada Gardner hit off a defender to win the match.

[Read more: Maryland volleyball leaned on its star freshmen to upset No. 17 Purdue]

Both service styles are meant to force the foe out of system. Purdue’s attack ranks third in the country with a .323 hitting percentage, and the two overpasses won the match for the Terps in the fifth set.

Aird said the serves correlate to different pitch styles in baseball, such as changing arm slots, release angles or pitch speeds. Bentz is learning the short serve to offer another option for Aird.

“The more a server can change speeds and zones … the more effective they can be,” Aird said. “When you’re a really good server, you can do a whole bunch of different stuff. When you’ve got a really good serving team, it’s all six of the people who get to serve are giving you different looks and different things you have to worry about.”

Maryland’s service performance has been a strength all year. The Terps are tied for fourth in the Big Ten with 120 aces this season, and Pritchard leads the conference with .47 aces per set.

Ahead of four straight matches against top 10 teams, Maryland will continue taking risks from the end line.

Bentz used to serve full time but hasn’t served as often since Drechsel adopted the jump serve three weeks ago. But Drechsel had five service errors to counter her two aces against the Boilermakers.

“My serve is a high-risk serve, and Abby is more of a consistent server,” Drechsel said. “I trusted myself to get the serve over, but I think it was kind of a relief knowing that one of my upperclassmen can come in and rattle off a couple serves.”