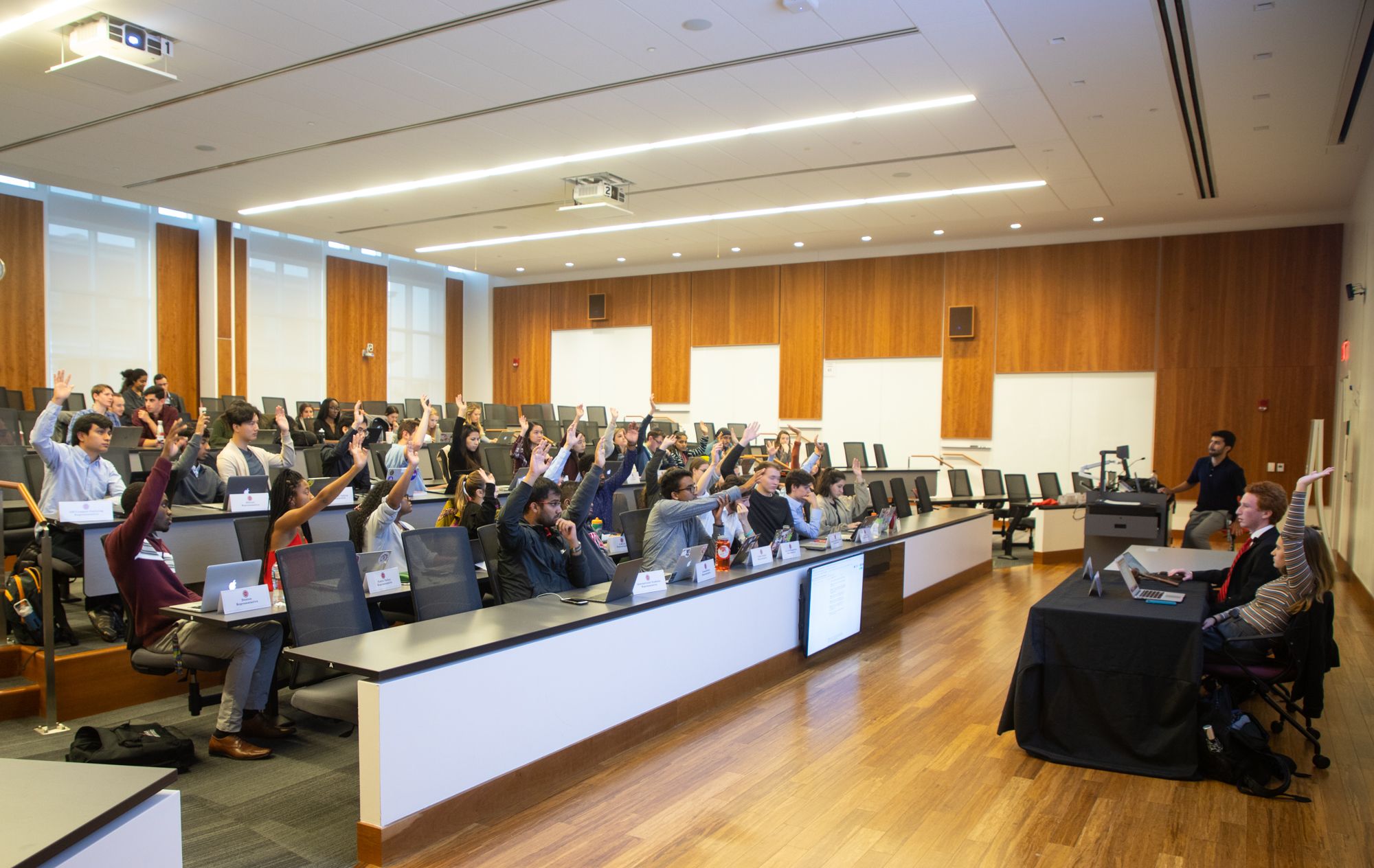 After an SGA vote Wednesday, more than 300 University of Maryland undergraduate students will get a free ride home to vote early in midterm elections.

With the bill’s approval, the SGA will provide transportation to students who are residents of Montgomery, Baltimore, Howard and Prince George’s counties.

Two full buses, which can house 40 students each, are planned to go to designated early voting locations in each county. About 320 students — roughly one percent of the undergraduate student body — would receive the service.

The motion passed 32-0, with one abstention.

The bill referenced a Tufts University study, in which 19 percent of students who didn’t vote in the 2016 election cited a lack of transportation as the reason.

“A lot of students don’t have a way to get to the polls, and that’s hindering people from voting,” said Allie Ng, a sophomore French and government and politics major and the Arts and Humanities representative who sponsored the bill. “By providing the transportation, we’re increasing voter turnout.”

The busses will run from Stamp Student Union between Oct. 26 and Oct. 30, leaving at 2 p.m. and 4 p.m to different counties depending on the day.

The service, provided by the Department of Transportation Services, will cost $2,622, according to the bill. Half of the expense would be funded by a $5,000 Big Ten Voter Challenge Voter Challenge grant that Terps Vote received two weeks ago, and the rest will come from SGA’s legislative reserves.

Ng, who is also a member of the Civic and Governmental Affairs committee, said the committee gauged public response through a Google Form they sent out two weeks ago. The form, which was advertised to students on the SGA Facebook page and Terps Vote social media, received a positive response from students and prompted the bill.

The SGA has previously provided early voting buses for students in the 2016 presidential election, but this is the first time they will be provided for a midterm election, said Gideon Epstein, SGA’s civic and governmental affairs director and Terps Vote coalition co-chair.

Epstein stressed that there will be both a weekday bus and a weekend bus so that students can work around their schedules to get to the polls.

“We’re trying to make voting as easy as possible so that there’s no excuse for a student not doing it,” Epstein said. “It doesn’t take that long, it’s really easy, and it makes a huge difference.”

Students representatives raised questions about the logistics of the bill before the vote — such as what will happen if full-sized buses are provided and some counties have little to no student voters in need of transportation.

Alex Kahn, the architecture representative, voiced concern with the logistics of this replacement, asking if there was “any sort of discussion of how this re-evaluation will take place” in the case that buses are provided and students don’t need them.

Kahn, a junior architecture and government and politics major, said that as long as they let DOTS know within seven days, changing up the transportation method is not an issue.

In the case of less students for certain counties, the SGA will order a smaller bus or van instead of the larger bus, Epstein said.

Despite concerns, SGA president Jonathan Allen is hopeful the project will be successful.

“I think we will have a good turnout — especially seeing a lot of the energy around this election in particular,” said Allen, a senior government and politics major. “It seems just as a whole, as a country, I would expect more turnout than in the 2014 election — and I think our campus will demonstrate similar patterns this time around.”