Prof: Maryland residents not at significant risk for Zika virus 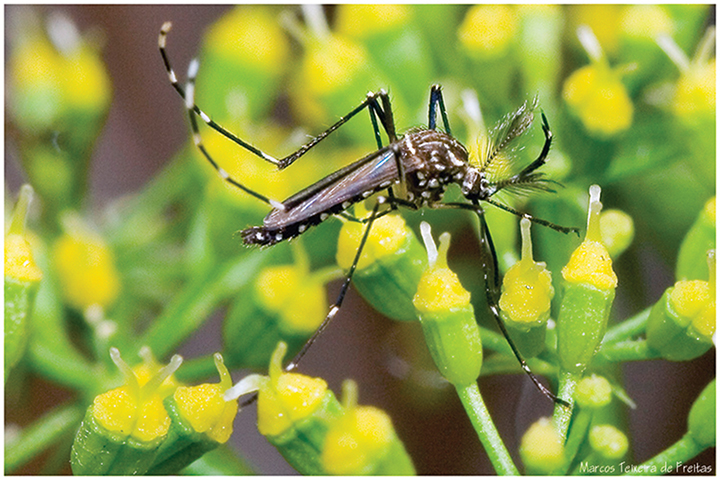 The A. Aegypti mosquito can transmit the Zika virus.

Maryland residents are at a very low risk of contracting Zika virus because of the colder climate, a University of Maryland School of Medicine professor said.

However, for students traveling to other countries, the the virus presents a much greater risk. The Centers for Disease Control and Prevention have released travel advisories for select countries in Central and South America.

The Zika virus, which the World Health Organization has declared a public health emergency, causes mild clinical symptoms in most people but is suspected to cause birth defects such as microcephaly — or abnormally small brains and heads — if contracted by a pregnant woman.

Senior bioengineering major Divya Jain is planning to travel to the Dominican Republic and said she is not too worried about contracting the virus.

“I’m not too, too concerned. … It doesn’t seem like a lot of people have been too negatively impacted, except for pregnant women and obviously their children,” Jain said.

However, Victor Ramos, a sophomore enrolled in letters and sciences who recently returned from a month in Brazil, where the virus is very prevalent, said, “It’s kind of scary at times.”

Ramos said that in general, he is not worried about his own health being affected by the Zika virus, but more so for his family in Brazil.

“My aunt is recently pregnant and she just moved … so it’s warmer and there’s been a lot more cases happening around her area too,” he said. “Being pregnant at 50 has its risks. This on top of it makes it even more worrisome.”

Jon Mark Hirshon, a professor in the emergency medicine and epidemiology and public health departments at the medical school, said that “in general, you don’t see it in the United States.”

However, the CDC confirmed Tuesday that the Zika virus was sexually transmitted in Texas.

This is the first instance of someone contracting the virus while in the country; all other reported cases were contracted by travelers outside of the country, according to the CDC.

Hirshon said that the risk of contracting the virus is not something to be worried about for most of the United States, though the virus has appeared in 24 countries and the WHO estimates that 3 million to 4 million people in the Americas will be infected with the virus in the next year.

“It’s a potential that it gets transmitted [here], but it’s unlikely,” Hirshon said. “It’s primarily seen in more tropical areas … someplace the mosquito can live.”

The Aedes aegypti mosquito, which carries the virus, mostly lives in places with higher humidity and temperature, so it might be able to thrive in areas near the Gulf of Mexico such as Florida and Texas, he said. This mosquito also carries other dangerous diseases such as the dengue and Chikungunya viruses.

“I just know some people are kind of careless about it,” Ramos said, “[but] the widespread danger of it is making people more cautious.”