From “bra burning” to SlutWalks: A history of women’s rights marches and protests 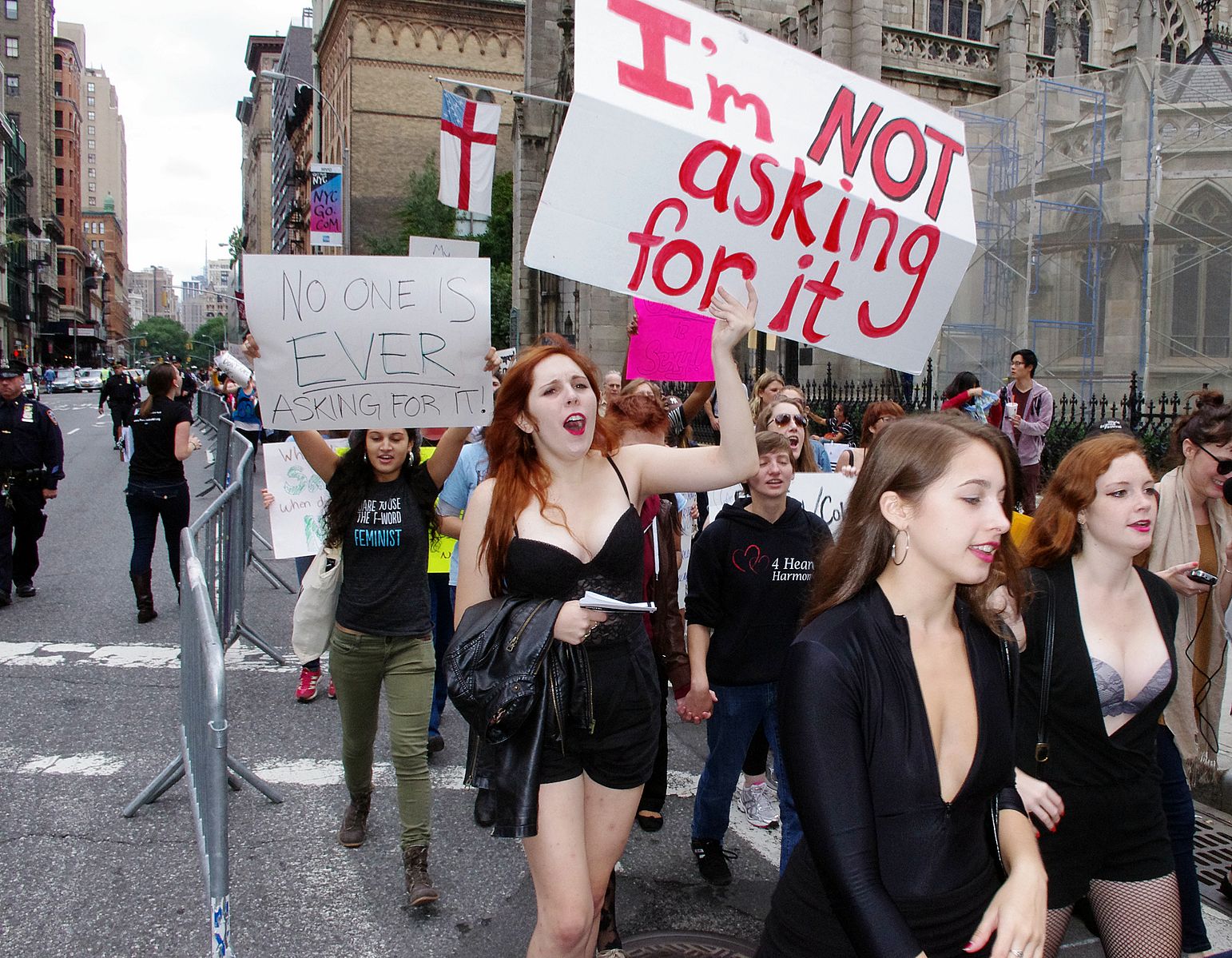 While President Trump’s inauguration Friday left a historic mark on the United States, Saturday’s Women’s March on Washington is expected to leave its own.

The march — anticipated to draw a crowd of more than 200,000 people — could be “the largest inauguration-related demonstration in United States history,” according to The New York Times.

And while it’s become a platform for a plethora of human rights causes, it started as a call to action to protect women’s rights under Trump, whose campaign was peppered with sexual assault allegations and lewd statements against women.

This call to action isn’t something new. From “bra-burning” protests to Take Back the Night marches, America has a history of people coming together in protest to support and protect women.

One of the earliest widespread women’s marches took place during the suffrage movement more than 100 years ago when women were fighting for their right to vote.

The day before former President Woodrow Wilson’s inauguration in 1913, about 5,000 people marched along Pennsylvania Avenue in Washington, according to the Library of Congress. The march came at a time when Wilson’s party beat the Progressive Party’s candidate — Teddy Roosevelt — who had made a commitment to grant suffrage for women if elected.

Women would get the right to vote seven years later in 1920. And about half a century later in 1968, nearly 400 women joined together outside the Atlantic City Convention Center during the Miss America pageant to protest the unrealistic beauty standards they claimed the pageant promoted. To demonstrate their point, the women tossed things like high heels, pots, pans and bras into a trash can. While the trashcan was never lit on fire as rumors have said, the word spread, and those women quickly became known as the “bra-burning feminists.”

The time period of the “bra-burning protests” became known as second-wave feminism. Second-wave feminists were also known for their campaign to add the Equal Rights Amendment to the Constitution, under the wording that equal rights “shall not be denied or abridged by the United States or by any state on account of sex.”

This campaign involved various marches throughout the 1970s and ’80s, with 90,000 people participating in the largest one on Mother’s Day in 1980 in Chicago. The ERA fell three states short of ratification by the 1982 deadline, and has still not passed.

Women’s reproductive rights have also inspired protest, including a march on the National Mall in Washington in 2004 that drew between 500,000 and 800,000 people, according to Time Magazine. The goal was to stop the reelection of former President George W. Bush because of his conservative policies regarding reproductive rights.

Trump has also expressed anti-abortion stances, stating during his election campaign that he planned to take federal funding away from Planned Parenthood.

Women’s rights movements have also focused on raising awareness of sexual violence toward women. One such movement that has spread worldwide is the Take Back the Night protests. “When will our justice system stop excusing rapists? When will our society stop blaming victims? When will college administrations make campus safety a priority?” the foundation’s Facebook page states. One in five women are raped during their lifetime, according to the National Sexual Violence Resource Center.

This protest has been held in colleges and cities around the world since its inception in the late 1960s. The University of Maryland held its own march for sexual violence awareness in November 2015. About 250 students gathered for this event, the Diamondback reported.

SlutWalk, one of the most recent women’s rights movements, also addresses sexual violence and the slut-shaming of women who have been sexually assaulted. About 3,000 people gathered in Toronto for the first walk in 2011 after a city police officer said, “Women should avoid dressing like sluts in order not to be victimized.”

Trump garnered negative attention during his campaign in early October when 2005 video of him saying he would “grab [women] by the pussy,” among other lewd comments, came to light.

A crowd is gathered on McKeldin Mall before the UMD Slutwalk. pic.twitter.com/lm5SB7ip7Y — Talia Richman (@TaliRichman) September 23, 2016

“The SlutWalk is a way to take back the word ‘slut’ and describe it as someone who is in control of their sexuality,” said senior behavioral and community health major Alanna Deleon in a previous Diamondback article. More than 60 students at this university organized their own SlutWalk in September.

Saturday’s march — which is being coordinated in partnership with Planned Parenthood, the NAACP, the National Organization for Women and Human Rights Watch — will encompass a 1.5-mile route that people will be marching on. Washington police officers and marshals will be present, according to a video on the group’s Facebook page.

“Everyone is welcome to march, no matter your age, your gender identity or how you chose to vote,” Women’s March national co-chair Carmen Perez said in the video.