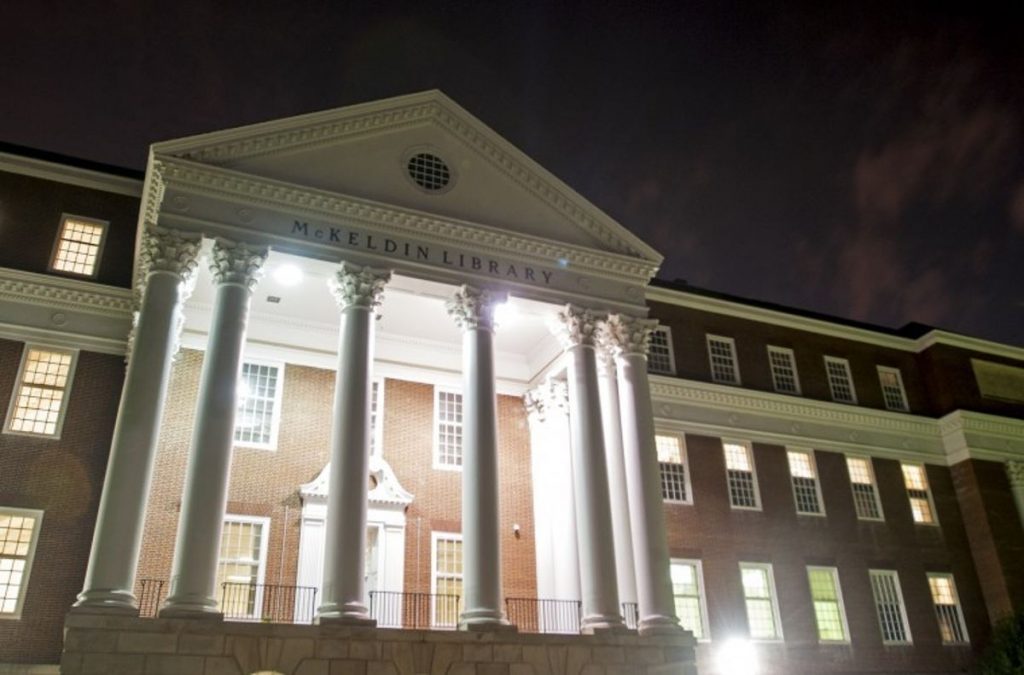 The American University of Afghanistan might be an 18-hour flight away from College Park, but for some in the University of Maryland’s Global Classrooms program, it feels much closer.

Launched in 2014, the program — which is managed through the Office of International Affairs and uses technology to connect students of this university to students in other countries at partner universities — originally offered only one course.

But the program has grown since then. Last spring, the university had nine Global Classroom courses, said Raluca Nahorniac, the program’s director. Next semester, it hopes to offer 14, and by next year, it’s expected that there will be 21.

Nahorniac attributes the program’s growth partially to the classes, which make international study and collaboration available to students who can’t study abroad.

“I think it’s really another way to internationalize the students’ experiences,” she said. “[We] want to create more international educational opportunities for those who might not be able to have them another way.”

Though the majority of Global Classrooms courses are taught in the spring, two are being offered this fall: One connects students to Afghanistan to understand the effects of American foreign policy, and another evaluates how poverty affects childcare in Chile.

Jake Foley-Keene, a freshman government and politics major, said communicating with students from Afghanistan in his Global Classroom course changed his perspective of the country.

“It definitely allows you to get a real-life experience you wouldn’t get in a normal classroom,” he said. “[My partner] was able to present a much brighter view of Afghanistan than we see.”

The program has 17 global partners, meaning they have established connections with 17 different universities across the world, said Ross Lewin, Associate Vice President for International Affairs.

For a project in the class, Foley-Keene and his classmates evaluated U.S. policies toward Afghanistan after 9/11 and created their own policy plans to address the situation. They interviewed their partner students from Afghanistan to understand their view on American involvement in the Middle East and post-9/11 foreign policy.

The project shaped a more informed view of U.S. involvement after 9/11, Foley-Keene said.

“It made me think, ‘Maybe the Western ideals we put forward aren’t accepted around the world,’” he said.

Foley-Keene’s partner student escaped the Taliban in Afghanistan and saw firsthand the effect of the violence in the country, he said.

“It helps you see a new view of the world without having to put yourself in that place yourself,” he said.

The ultimate goal of the program, according to Nahorniac, is to continue to grow the program until every student who graduates from the university has the opportunity to take a Global Classrooms course.

“That’s our very long-term vision,” Nahorniac said, “and what we’re working towards.”