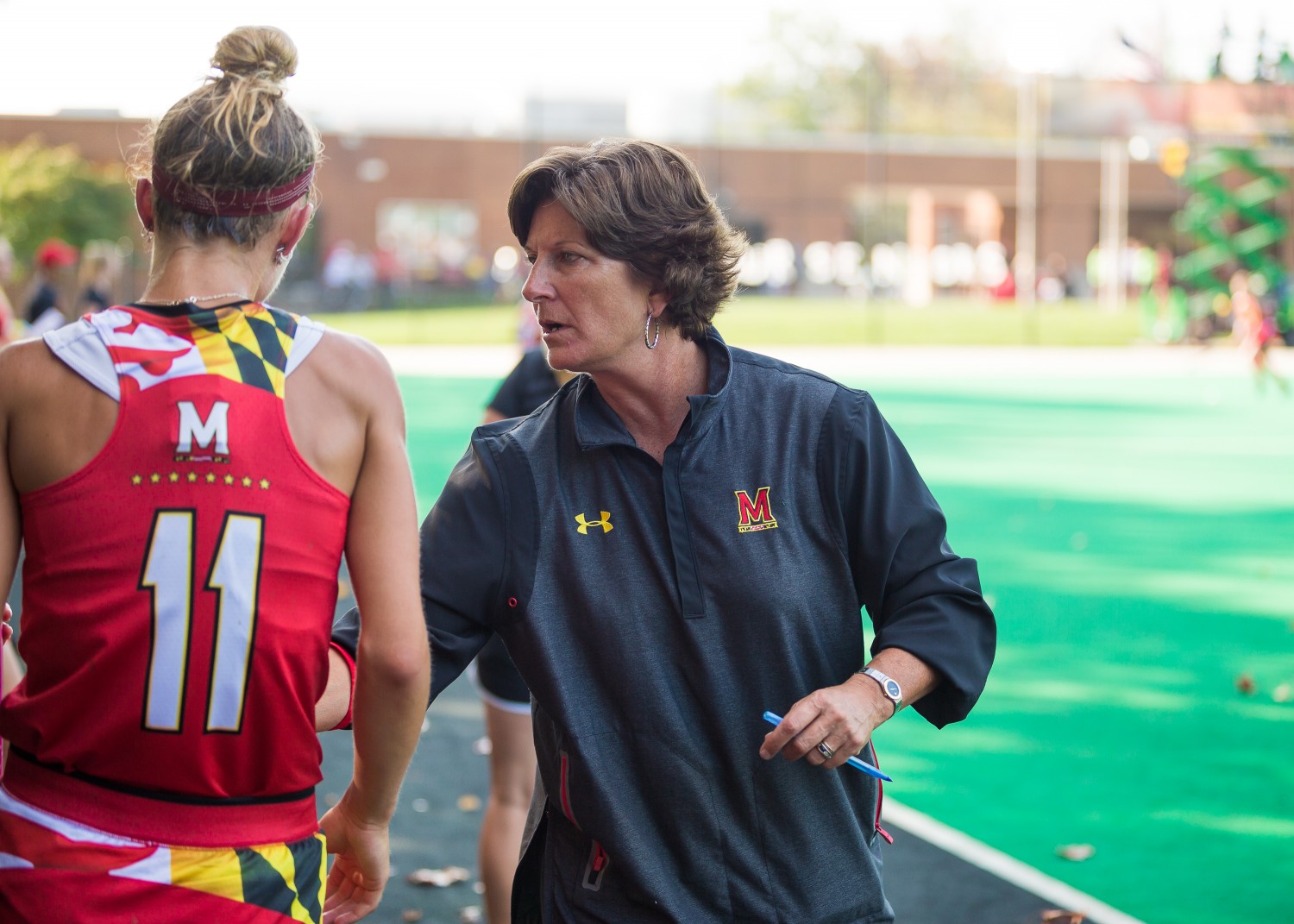 As Pien Dicke stood in the Maryland field hockey team’s hotel and embraced Terps defender Sophie Giezeman, she started to cry. Dicke, a starting midfielder for Virginia, decided to surprise Giezeman before their top-15 matchup in Charlottesville, Virginia.

Giezeman said the Terps, who entered Tuesday’s contest against the Cavaliers on a four-game winning streak, were eager to face Virginia. But arguably nobody on the field was as excited as Giezeman, who has been friends with Dicke since she was 12 years old. The pair played on the same club team in the Netherlands and occasionally spoke about facing each other on different teams in the U.S.

Giezeman said she kept calm when Dicke arrived, aware that she would be responsible for containing the Cavaliers’ second-leading goal scorer. Matched up with Dicke for most of the game, Giezeman held her former teammate off the board in Maryland’s 5-4 win.

Her success prompted coach Missy Meharg to deem Giezeman the player of the game, an award the veteran coach has issued after every contest ahead of Sunday’s regular season finale against Rutgers.

“It was an exciting matchup,” Meharg said. “Their families are friends. Same club [and] same hometown. Sophie did a great job.”

Giezeman and Dicke speak routinely, and the conversations became more frequent when the pair learned they would be opposing each other. One pregame conversation ended with a consensus: They’d rather play with each other than as rivals.

But Tuesday’s clash wasn’t a new experience for the duo, who practiced against each other weekly growing up.

Dicke competed alongside Giezeman on the U-16 and U-18 Dutch teams. She’s started every contest for the Cavaliers this season. Giezeman has started 15 of 16 games for the Terps.

Dicke opted to play at Virginia because a Cavaliers assistant coach watched her play in the European Championship. Giezeman’s sister, who plays at Delaware, figured Maryland would be an ideal fit.

Giezeman drew praise from her teammates earlier this season for knowing exactly where she needs to be on the field, and Maryland’s backline only allowed Dicke to attempt two shots.

Giezeman and Maryland’s defense, which on average is holding opponents to fewer than two scores per game, prevented Dicke and the Cavaliers from spreading the ball around the field. As a result, with the exception of a three-goal rally late in the second, Virginia struggled to generate offense.

After the contest, Giezeman signed the miniature Testudo sculpture that recognizes each Terps player of the game. The tradition was a bit more meaningful after she limited a childhood friend.