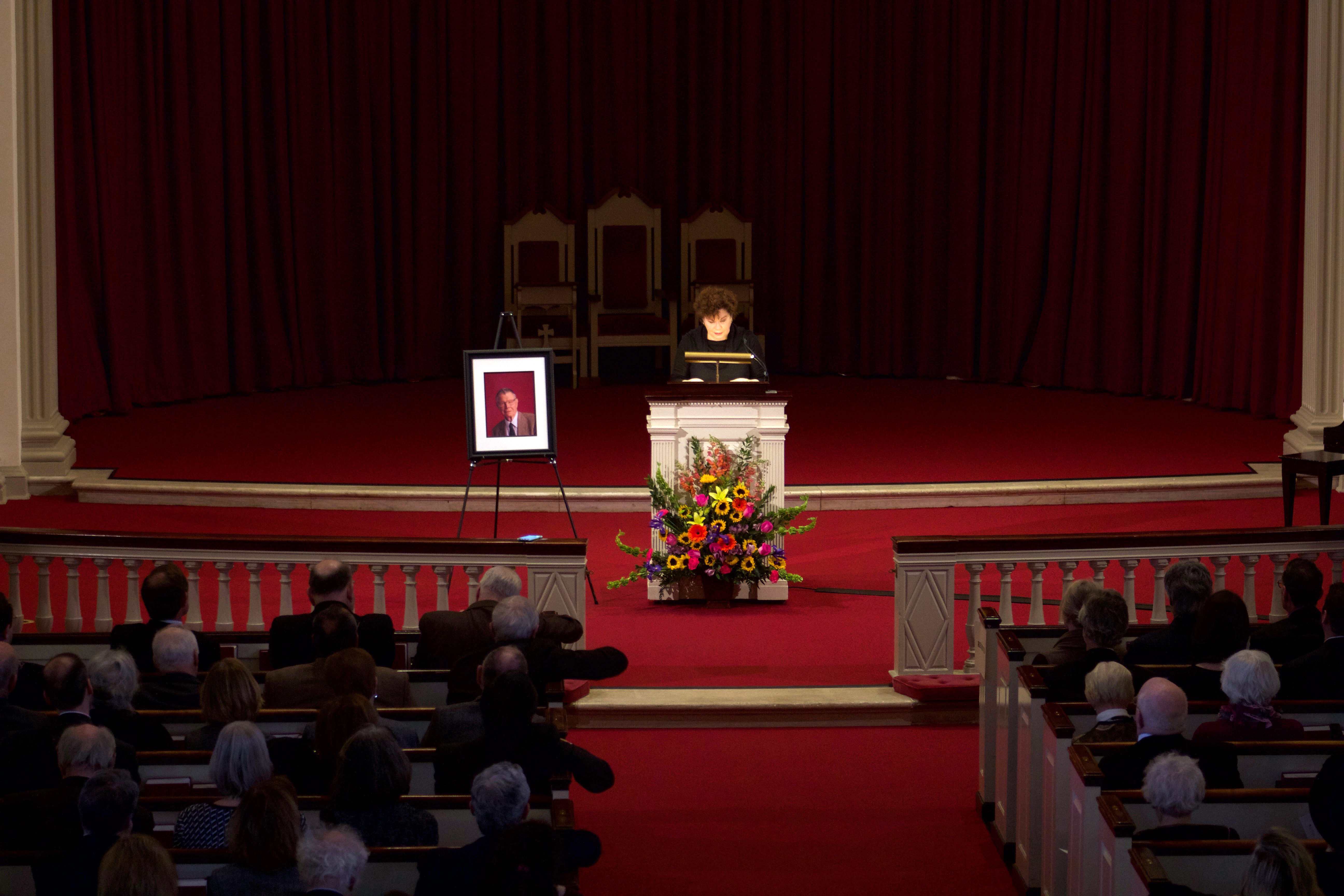 When Col. Chris Hickey reflects on the most important thinkers of the last few thousand years, University of Maryland professor Thomas Schelling instantly comes to mind.

“Every time I’ve been involved in a high quality discussion about strategy and policy, his influence, if not directly acknowledged, is directly evident,” said Hickey, a doctoral student and strategist in the U.S. Army.

On Tuesday, more than 100 people gathered at the Memorial Chapel to honor Schelling’s life and achievements. The Nobel laureate died on Dec. 13, 2016 at 95 years old.

Students and colleagues said his research in game theory, military strategy and climate change — among other topics — left a lasting impression on the world and for those who knew him personally.

“He obviously has touched so many people that this huge turnout is not surprising,” his granddaughter Althea Schelling said. “I feel like the stories, no matter whether you’re family or not, are so purely reminiscent of who he was and his influence. He was a father figure to so many people outside our family.”

Speakers at the memorial service included the public policy school’s Dean Robert Orr, university President Wallace Loh, and other former colleagues from Schelling’s tenure at this university. Each spoke of Schelling’s involvement with the school, as well as his intellect, humility and selflessness.

“When I was an incoming dean, I asked everyone in the school who I should talk to in order to really understand my school and Tom Schelling was on every single person’s list,” Orr said. “Even as a professor, he was still active in the intellectual life and the heart of the school.”

Schelling won the Nobel Prize in Economic Sciences in 2005 for his work in game theory. Schelling’s contribution “showed that a party can strengthen its position by overtly worsening its own options, that the capability to retaliate can be more useful than the ability to resist an attack, and that uncertain retaliation is more credible and more efficient than certain retaliation,” according to the prize’s website.

“I think he stopped us from having a nuclear war,” said Derek Boyd, who was chair of physics department when Schelling was employed there. “He had such clarity of expression, and he created the understanding between the United States and Soviet Union that the two countries used for rational conversation.”

After the memorial service, people gathered for a reception in Marie Mount Hall. The public policy school has created the Thomas C. Schelling Fund to continue his legacy.