Even after a dominant win at UConn, Maryland field hockey isn’t satisfied 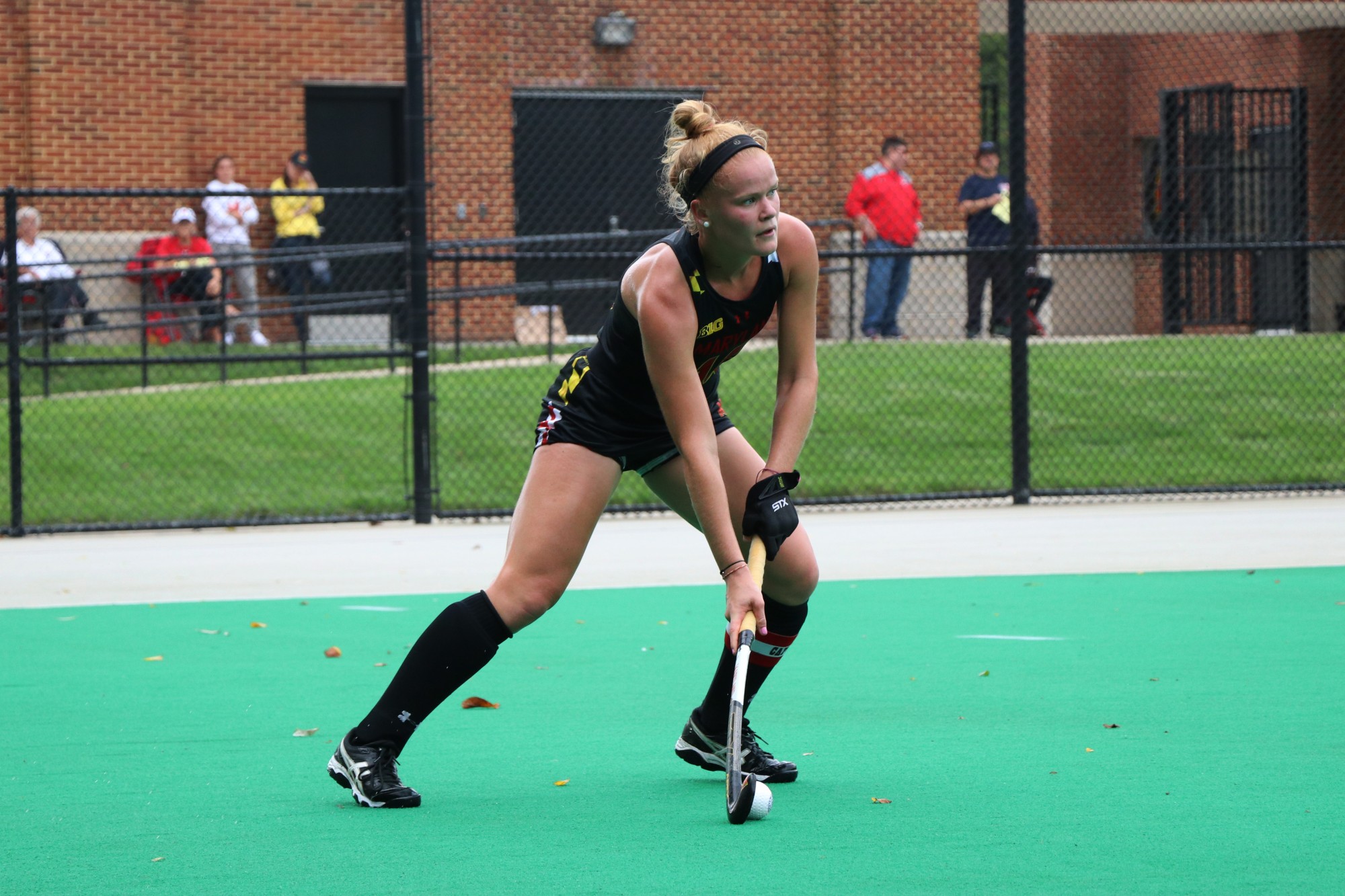 On Sunday, Maryland field hockey went on the road to Connecticut and easily toppled the defending national champions to remain one of the final two undefeated teams in the nation, setting itself up for the No. 2 ranking in this week’s poll.

But defender Nike Lorenz says it still doesn’t feel like the team has accomplished anything yet.

Even after the Terps avenged last year’s NCAA title game loss to the Huskies and affirmed their status as one of the nation’s elite teams, coach Missy Meharg is doing her best to make sure her team focuses on improving and staying present.

Meharg’s philosophy is to focus on the three parts of the season — preseason, regular season and postseason — one at a time. The regular season is all about learning and improving, she said, so the team is fully prepared for the conference and NCAA tournaments.

“We’re making some tactical changes, players are getting to really feel comfortable and they’re building their small games with each other in small breaches of the field,” Meharg said. “We’re in a very comfortable place, and it’s fun. It’s fun to see us grow.”

The Terps proved that growth on Sunday, opening up a 4-0 lead before a pair of late Huskies goals made the scoreline respectable.

Maryland’s previous games against top teams were tight contests that sometimes were up for grabs into the final seconds.

On the road against then-No. 5 Princeton, the Terps trailed for most of the game, tying with 15 seconds to go before winning in double overtime. When Maryland faced No. 13 Boston College in August, the deciding goal didn’t come until the 68th minute.

North Carolina, the only other team without a blemish on its record, has been the No. 1 team since early September, with seven shutouts in 11 games. The Terps have an edge in strength of schedule, though, having three top-five wins compared to the Tar Heels’ one.

For now, at the three-quarter point of the regular season, the Terps say they’re not worried about their national ranking or impressive resume. They know there are bigger games ahead of them.

“You kind of become confident with winning, but I still feel like we’re really always questioning ourselves and looking what we can improve on,” Lorenz said. “I don’t feel like we’re getting too confident at all. We’re still really tough on ourselves, working really hard every week.”