No. 3 Maryland field hockey escapes with 5-4 overtime win over No. 5 Princeton 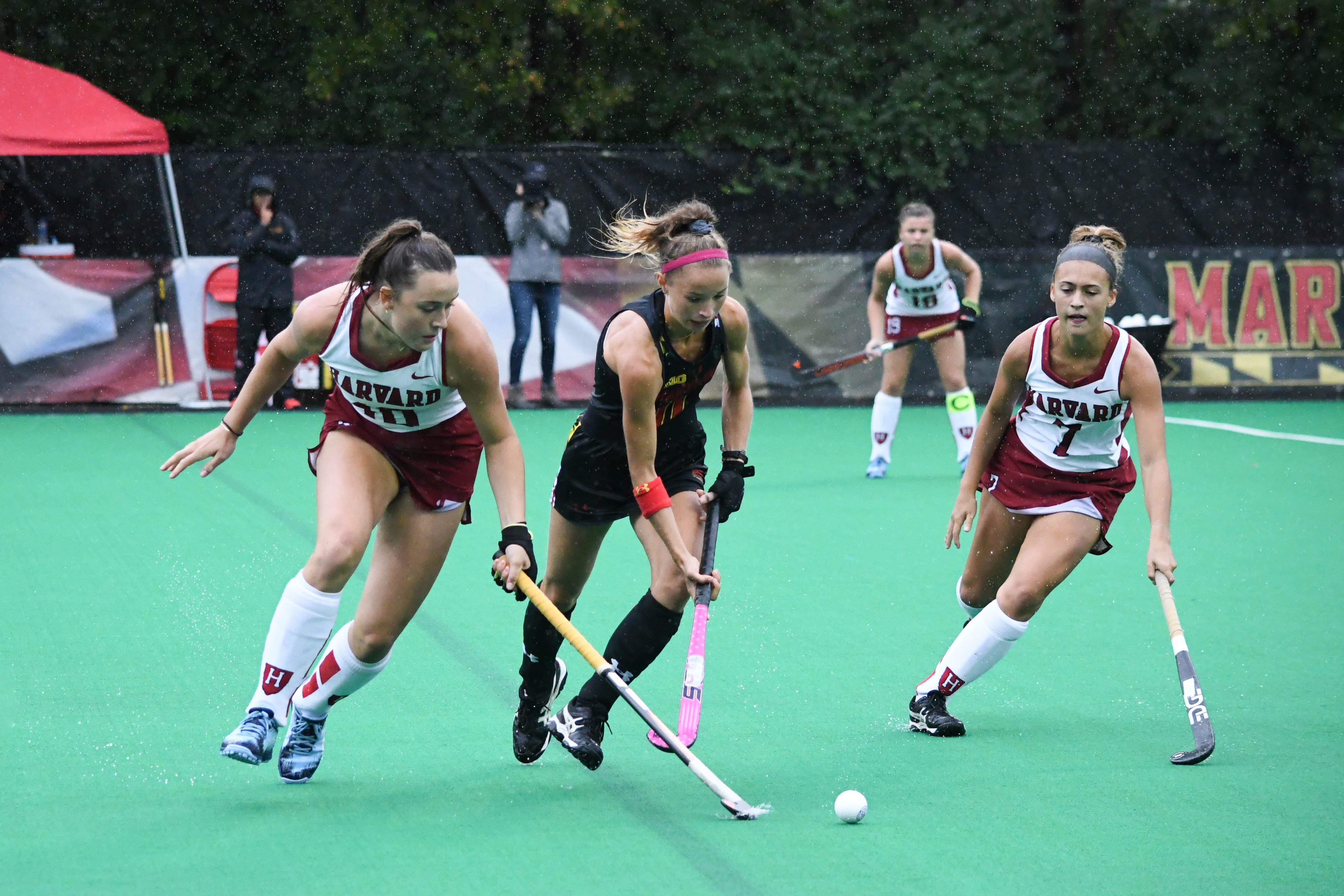 Trailing No. 5 Princeton with four minutes remaining in regulation, No. 3 Maryland field hockey was on the verge of losing its first game of 2018, after cruising through most of the first eight games on the schedule.

But after coach Missy Meharg pulled the Terps’ goalkeeper with about four minutes remaining, forward Bibi Donraadt preserved their unblemished record by tying the game with 15 seconds left, scoring off a pair of deflections and sending the game to overtime.

Neither team could score in the first overtime period, but on a penalty corner early in the second, defender Nike Lorenz dribbled the ball to create a shot and fired it far-post to make it nine consecutive wins to start the season for the Terps.

“I was so excited I was just jumping up and down and I actually dropped my stick,” midfielder Kyler Greenwalt said. “I just wanted to hug someone…everyone was just so excited. It was the second overtime, everyone was just so, so tired and it was nice to have that feeling of winning.”

None of Maryland’s prior eight had featured the drama of Tuesday’s road test. The Terps had close wins against four ranked opponents at home prior to the matchup, including a 4-3 win over then-No. 3 Duke, but hadn’t trailed an opponent entering halftime — let alone in the final minute — before Tuesday.

After a fast start, with the Terps scoring in the second minute, the Tigers went on a 4-0 run over the next 40 minutes.

At halftime, Meharg had a tough talk with her team.

“We let [Princeton] own the energy,” Meharg said. “You make a commitment to a certain work rate and really it all comes down to … 50-50 balls. When you have more heart, you’re going to be in a position to try to win the game.”

For most of the contest, Maryland struggled to finish opportunities. In one instance in the first half, defender Nike Lorenz forced a turnover on the defensive side of field and rocketed a pass all the way to the offensive side to give Madison Maguire a breakaway chance, but the shot went wide.

So despite having an 18-7 advantage on shots, the Terps trailed on the scoreboard for longer than they ever had this season. Goalkeeper Sarah Holliday allowed three goals on three shots in the first half, leading Meharg to switch goalkeepers at halftime.

The game changed once Noelle Frost was in goal for the Terps, but she wasn’t tasked with much. The junior allowed a goal in the 45th minute that stretched the Tigers lead to 5-1 but faced only two more shots the rest of the way.

Meanwhile, the Terps chipped into the lead. Midfielder Kelee Lepage’s 50th-minute score and forward Sabrina Rhode’s goal about eight minutes later brought the Terps within one, setting the stage for Donraadt’s late heroics and Lorenz’s game-winner.

“Everybody was just like, ‘Well, it can’t go on like this,'” Lorenz said. “It was not like one turning point, it took a while. … We all knew what was going on, we just really had to change it and we did that all together.”