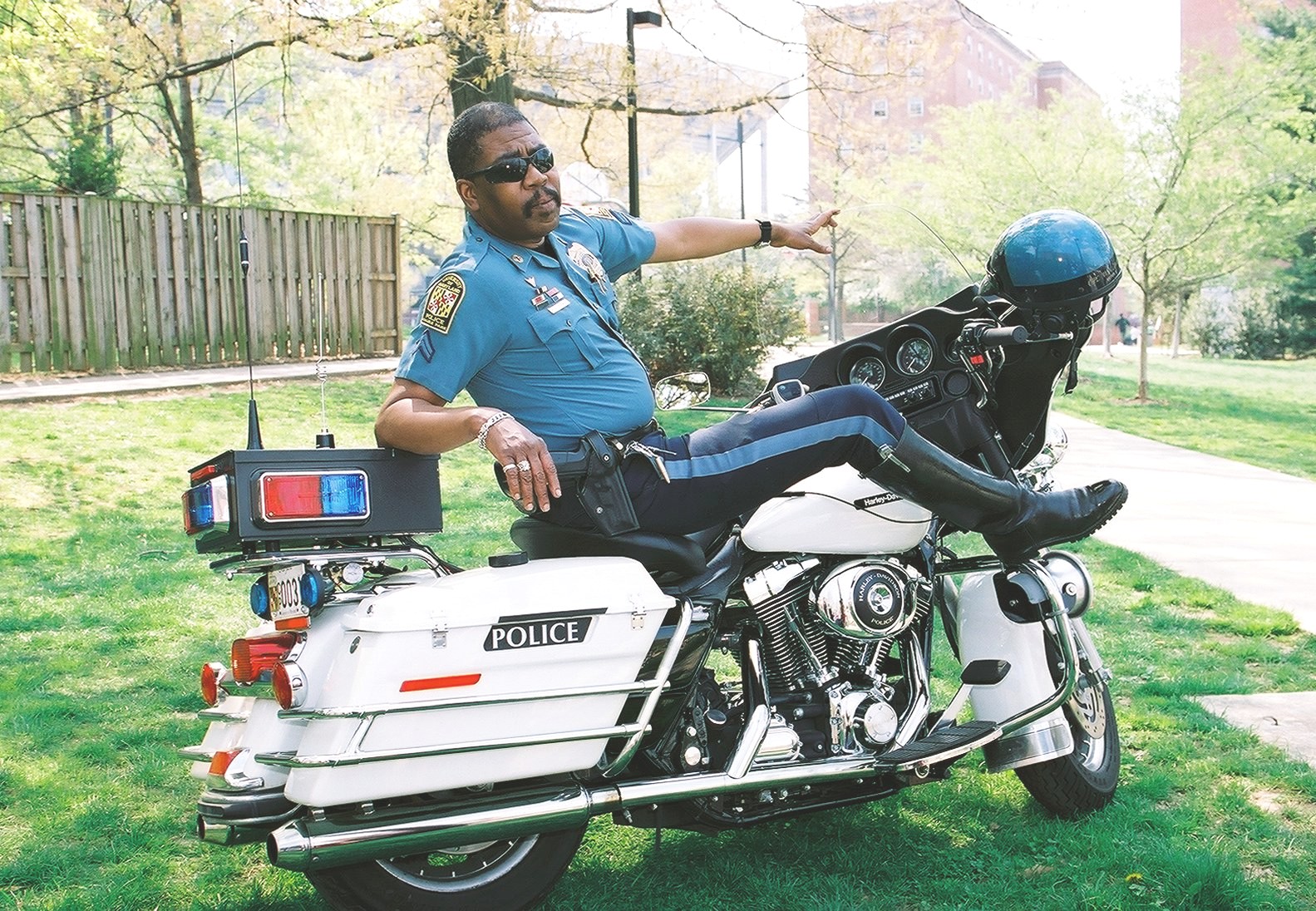 One summer night in the early 2000s, two individuals were breaking into a car around College Park. When they saw University of Maryland Police officer Lt. Shawn Elliott approaching, they started to run.

Cpl. William Conaway picked up his radio and heard quick footsteps through the speaker. He heard Elliott, who would end up earning a nickname that day.

“You like chasing people, so I’m going to call you Chase,” Conaway would tell Elliott after the fact.

Conaway, known as a comedic presence at the police department, went by a few nicknames of his own: Bill, Steel, Motorman. He was a motorcycle officer in the department from 1983 to 2005, and he died on Sept. 17, according to a police department news release, after suffering a heart attack. He was 72.

His department colleagues said they remember Conaway for his humor, his height — he was 6-foot- 5 — and his energy.

“He was almost like a modern-day Superman,” Elliot said.

His dynamic personality was well-known during his more than 20 years at the department, said Mark Sparks, a friend of Conaway’s who is a retired University Police officer.

“Immediately when he went someplace, he was the center focus of whatever room he was in,” Sparks said.

Sparks said he’ll also miss Conaway’s sense of humor, which often left him with tears streaming down his face.

“The thing that stands out the most to me is his ability to look at stuff and ability to put a comical spin to everything,” Sparks said. “He would start talking and get me laughing about some everyday occurrence that had happened.”

Conaway was also great at establishing relationships between the police department and other groups on campus, Sparks said — better

than anyone in the department.

“When we had issues with a particular group, it was always gratifying to be able to send him to talk to the group,” Sparks said.

Conaway was also good with kids, his colleagues said. The police department would often gather the motorcycle officers to visit local schools. Kids would look up to Conaway in awe, Sparks said, especially since he was so tall.

“There are probably a million pictures out there of him putting a little kid on his motorcycle,” Sparks said.

Conaway paid attention to the little things and cared about his co-workers, said Maj. Carolyn Consoli, another one of Conaway’s colleagues.

Consoli said he’d often ask how her kids were doing, and was a comforting presence for her while she worked at the department.

She also recalled Conaway getting off his motorcycle during marching band parades and marching alongside the band. The Mighty Sound of Maryland will dedicate their homecoming game halftime show to Conaway, who accompanied the band to the stadium for years, according to their website.

His funeral was held Sept. 24 in the Memorial Chapel.

“If you had a thousand of him,” Elliott said, “[there] would probably be … a little bit more peace in the world.”