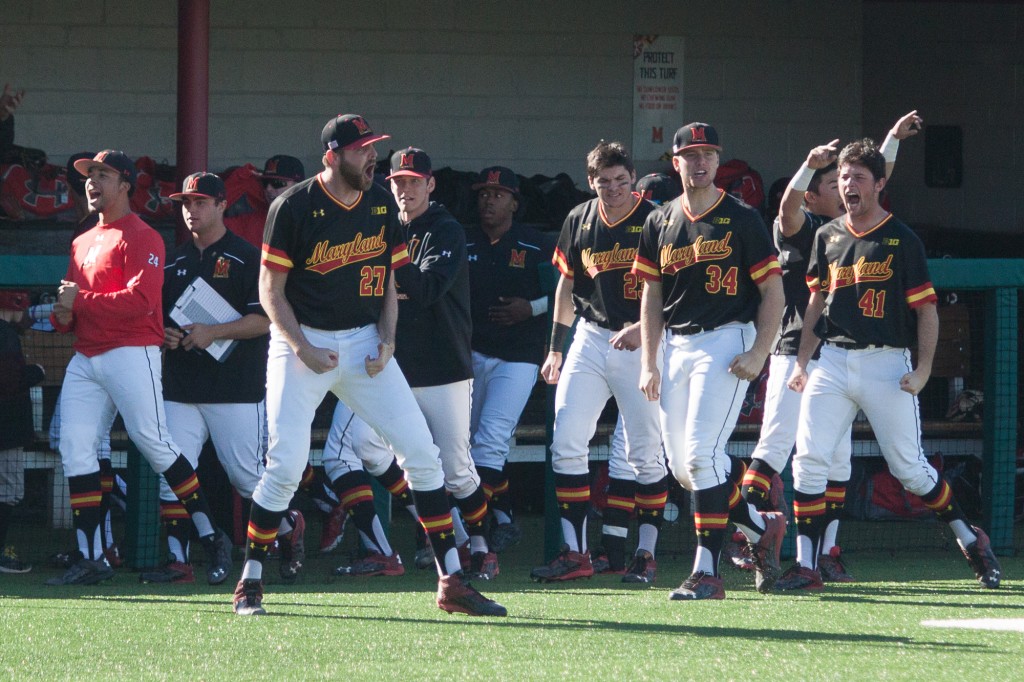 Senior outfielder Madison Nickens is a self-described “southern boy.” He grew up watching Louisiana State University sports in Gonzales, Louisiana, about a 30-minute drive from Baton Rouge, and loves country music, so when it came time to pick his walk-up song, there was a clear winner: Garth Brooks’s “Callin’ Baton Rouge.”

“It’s kind of something good that fits his personality,” junior outfielder Zach Jancarski said. “[It’s] something that gets you locked in and ready to go. For me, personally, I don’t like to get too hyped up before, so anything that’s really upbeat I would be against because for hitting, you have to be so relaxed.”

Nickens’s take on walk-up music lies fairly close to the concept’s origin — Chicago White Sox organist Nancy Faust is widely credited with creating walk-up music in the 1970s for playing hitters’ state songs as they walked up to bat.

Since then, players have adopted their songs as a personal superstition: play well, the song stays. Not doing so hot, and it’s back to the musical drawing board.

Since Faust’s state song idea, players have strayed further away from the original home state idea. Take AJ Lee, who steps up to bat with Chance the Rapper’s “No Problem” blaring in the background.

“I’m a big, outgoing person, so Chance the Rapper is all over social media and stuff like that, so I think that’s kind of indicative of me,” said Lee, though he noted that some of his teammates picked songs that strayed from their personalities.

Still others take a more unique approach to showing off their personality. Most of the songs in the Maryland baseball walk-up songs playlist are by Top 40 artists, or at least former Top 40 artists, like Shakira’s “Hips Don’t Lie” (junior pitcher Taylor Bloom), or Drake’s “Over” (freshman pitcher Tyler Blohm).

Junior pitcher Ryan Selmer’s song, on the other hand, is most synonymous with a much different pop culture icon: Darth Vader.

What began as a childhood obsession with Star Wars passed on from his father made its way into Selmer’s athletic life. Since his freshman year, he’s been walking up to the plate to “Imperial March,” best known as Darth Vader’s theme music.

“It’s just something I’ve loved throughout my whole life, something I’ve watched plenty of times,” said Selmer. “It just kind of brings me back to childhood and having fun.”

Whether it’s through a childhood throwback, a reminder of home, an embodiment of one’s personality or just a song that gets a player’s adrenaline pumping, the walk-up song is a splash of individuality in an otherwise very team-oriented game; a hint of personality while wearing the same uniform as 30-some other guys.

After an entire career of “Callin’ Baton Rouge,” Nickens switched to “Through the Night” by Travis Scott and Kid Cudi for a handful of games this spring. But with the final home game of his career and Mother’s Day coinciding this spring, he knew he had to revert back to his old routine.

“It’s kind of who I am, I guess,” Nickens said. “My mom was here and her favorite walk-up of mine was ‘Callin Baton Rouge,’ so I had to switch it back … It was her day.”

Check out Maryland Baseball’s walk-up music in the Spotify playlist below.