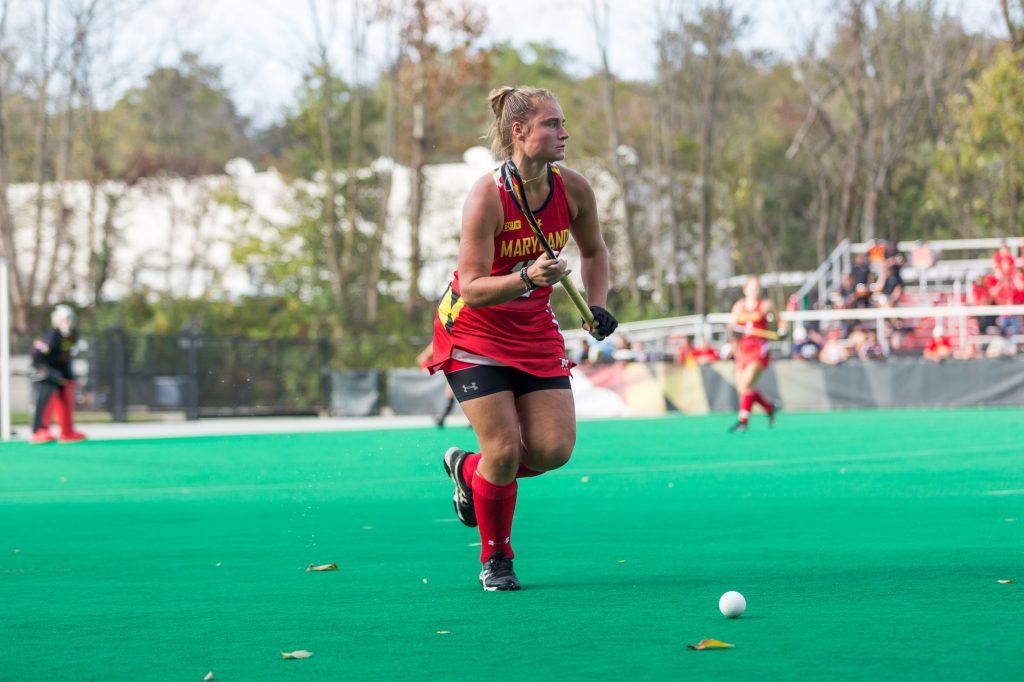 Maryland field hockey swept the Big Ten weekly awards Monday after staying undefeated by going on the road and handing No. 2 UConn its first loss of the season.

Lorenz and Keus receive the honor for the second time this season.

All three Terps had a big role in the team’s dominant 4-2 win over the Huskies. Keus scored twice, Donraadt notched a goal and an assist and Lorenz added a goal.

Led by Keus, the Maryland defense held UConn without a shot before halftime and four altogether, with both goals coming in the final 10 minutes, after the Terps had built a 4-0 lead.

“Bodil is our field general, [she] is just playing so well,” coach Missy Meharg said. “She’s speaking early and speaking urgently. … She can make short passes, she can make medium-size passes and she can make passes all the way up to the goal. And her attack point was outstanding.”