Review: Demi Lovato’s ‘Tell Me You Love Me’ is pop reinvention done right 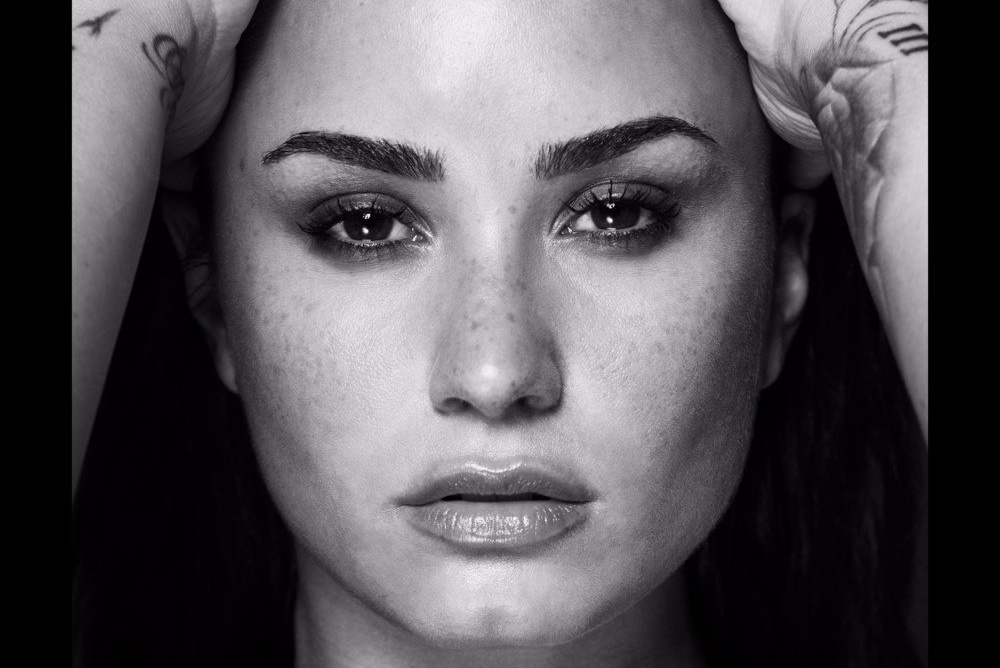 For as long as the archetypal diva pop star has existed, she’s constantly sought to change her image. Whether it’s adopting a more “mature” tone, infusing her music with authentic emotion or crossing over to another genre, she’ll do whatever it takes to remain in the spotlight.

Heading into 2017, Demi Lovato was certainly familiar with the spotlight — she’d charted 14 singles as a solo artist. Among those were salacious odes to steamy romance (“Cool for the Summer,” “Body Say”), raw recollections of the struggles she’s overcome (“Skyscraper”) and some experiments with country (“Made in the USA”) and EDM (“Neon Lights”). Having seemingly exhausted all options for career reinvention, Lovato announced toward the end of 2016 that she was taking a break from music.

Thankfully, the hiatus has come to an end. Lovato’s sixth studio album, Tell Me You Love Me, dropped last week, marking a new direction for the 25-year-old singer. But instead of blowing everything up and starting over from scratch, Lovato adjusts and builds upon her previous sound. The result is a sterling record that will hopefully elevate her above the pop star pack.

Cocky songs about self-affirmation are nothing new for Lovato. But where 2014’s “Really Don’t Care” reflects on the ups and downs of an old relationship, Tell Me You Love Me‘s “Sorry Not Sorry” is a direct rebuttal to the many detractors Lovato has faced over the years. Behind bouncy production from Warren “Oak” Felder, she expertly walks the fine line between laughing off the haters and being mad online, with an infectious call-and-response chorus that’s sure to stick around for years.

The album’s best song, though, might be “Lonely.” Despite being a DJ Mustard beat, the track eschews his signature claps and chants in favor of brooding synthesizers, accentuating Lovato’s passion as she laments a crush who got away.

While profanity in pop music often comes off as forced, Lovato’s vulgarity in the chorus (“But all you do is leave me fucking lonely/ Knees on the concrete/ Cut up and bleeding/ For no goddamn reason”) fits her rueful tone. Along with a surprisingly coherent Lil Wayne bridge, it makes for gripping melancholy.

Throughout Tell Me You Love Me, Lovato demonstrates her range extends beyond twangy guitars and repetitive dance beats. On “Ruin The Friendship,” her silky vocals, along with a smooth bassline and interpolated trumpet chords, produce a jazz-like feel, the kind of tune you’d hear in a 1930s speakeasy. The lyrics, about taking a platonic relationship to the next level, are maybe/probably/definitely about Nick Jonas. But regardless of the subject, the track’s sound makes it mesmerizing.

At times, Lovato’s experiments fall flat. While “Daddy Issues” is intended to be a tongue-in-cheek warning to future lovers, it comes off as a parody, like a Saturday Night Live sketch that lasts twice as long as it should. It’s difficult not to laugh upon hearing her croon, “Don’t know how to commit/ But I might want your kid.” Likewise, “Cry Baby” pairs simplistic lyrics (“I’m no cry baby, but you make me cry, baby”) with a sound that’s suspiciously similar to Rihanna’s “Love on the Brain.”

Still, Tell Me You Love Me‘s diverse style succeeds more often than it fails. The eponymous song lets Lovato project her powerful voice as if she were a gospel singer, albeit one who needs validation from her love-hate relationship. The production on “Sexy Dirty Love” — upbeat electro-funk mixed with Daft Punk-esque distortion — contrasts with Lovato’s fantasies of meeting the man she’s been sexting. And “Concentrate” is a sneaky sleeper hit, with a catchy guitar chord and finger snaps supplying a stripped-down backdrop for her to reflect on a steamy hookup.

Coincidentally, Lovato wasn’t the only former Disney star to drop a new album last week. But where Miley Cyrus’ Younger Now was largely a failed attempt at reinvention, Tell Me You Love Me marks a successful shift for Lovato, whose break from music appears to have recharged her. The old Demi isn’t quite dead; she’s just altered her style — for the better.