Review: Cashmere Cat brought a unique form of pop to the 9:30 Club 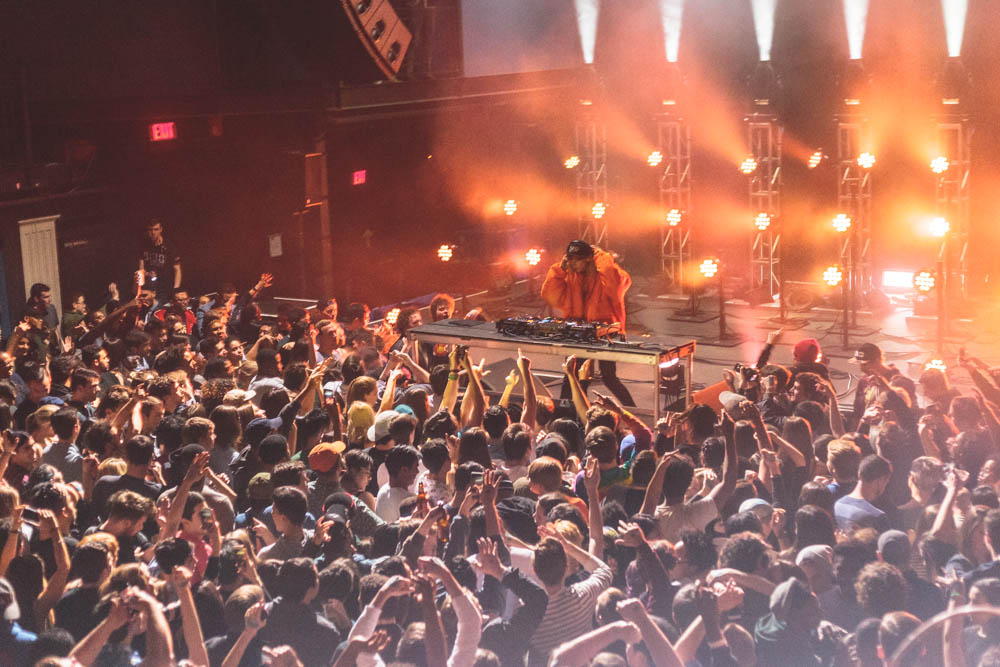 A good DJ set is an invitation into someone’s world, a musical journey selected for you by someone else.

But Cashmere Cat’s set at the 9:30 Club on Friday — presented by U Street Music Hall — was a voyage into an alien world where, for 90 minutes, the Norwegian producer’s strange, beautiful interpretations of pop music were all that existed.

From the opening vocoded synths of “Wild Love,” the Weeknd-featuring title track from his upcoming album, it was clear that Cashmere Cat exists in his own musical universe. With warped, pitched vocals serving as melodies on tracks such as his 2012 breakthrough “Mirror Maru” and the accompanying “Kiss Kiss,” the set was a timeline of the DJ’s fascination with pop music.

For an hour-and-a-half set composed overwhelmingly of Cashmere Cat’s original music, it was a surprisingly varied affair. The producer’s instrumental tracks offered left-field takes on the build-up, drop formula of conventional EDM and cheerful, colorful sounds that would have sounded out of place in the hands of most other DJs.

But while Cashmere Cat began his career as a hot new figure in EDM, his performance made it hard to forget his current position as one of pop music’s hottest producers. As pink lights flooded the young, fairly diverse crowd, he played big pop hits boasting his signature sound from the likes of Ariana Grande, Camila Cabello and Selena Gomez. And while not every pop record was able to keep up the energy of the set — his recent hit “Trust Nobody” brought about a notable lull — the crowd rumbled with delight every time a recognizable female falsetto pierced the din of trap drums and pleasantly overpowering bass.

If weird pop was the theme of the night, the show delivered. Opener DJ Earl, the Teklife producer and footwork ambassador, started his frantic set with a remix of A$AP Ferg’s breakthrough hit “Work (Remix)” and weaved various snippets of popular rap and electronic tracks into his web of rapid-fire drum programming. Cashmere Cat played to pop music’s stranger tendencies with the intensely electronic sounds of PC Music affiliate Sophie’s “MSMSMSM” and the duo’s upcoming, unreleased collaboration, apparently titled “After Coachella.”

And as if the impeccably mixed set wasn’t enough, Cashmere Cat also won over the crowd with his personality. While the traditionally mysterious DJ never said a word to the crowd, his on-stage quirks — turning his back to the audience, sitting on the DJ booth, waving cutely to the crowd — made the sold-out show feel like an intimate performance for friends.

When he returned from backstage for a brief encore to play “My Boo” by Usher and Alicia Keys, it felt like the last song at a party with friends before everyone leaves together.

And then he played a few more songs anyway.