Giving a voice to asexuality on campus 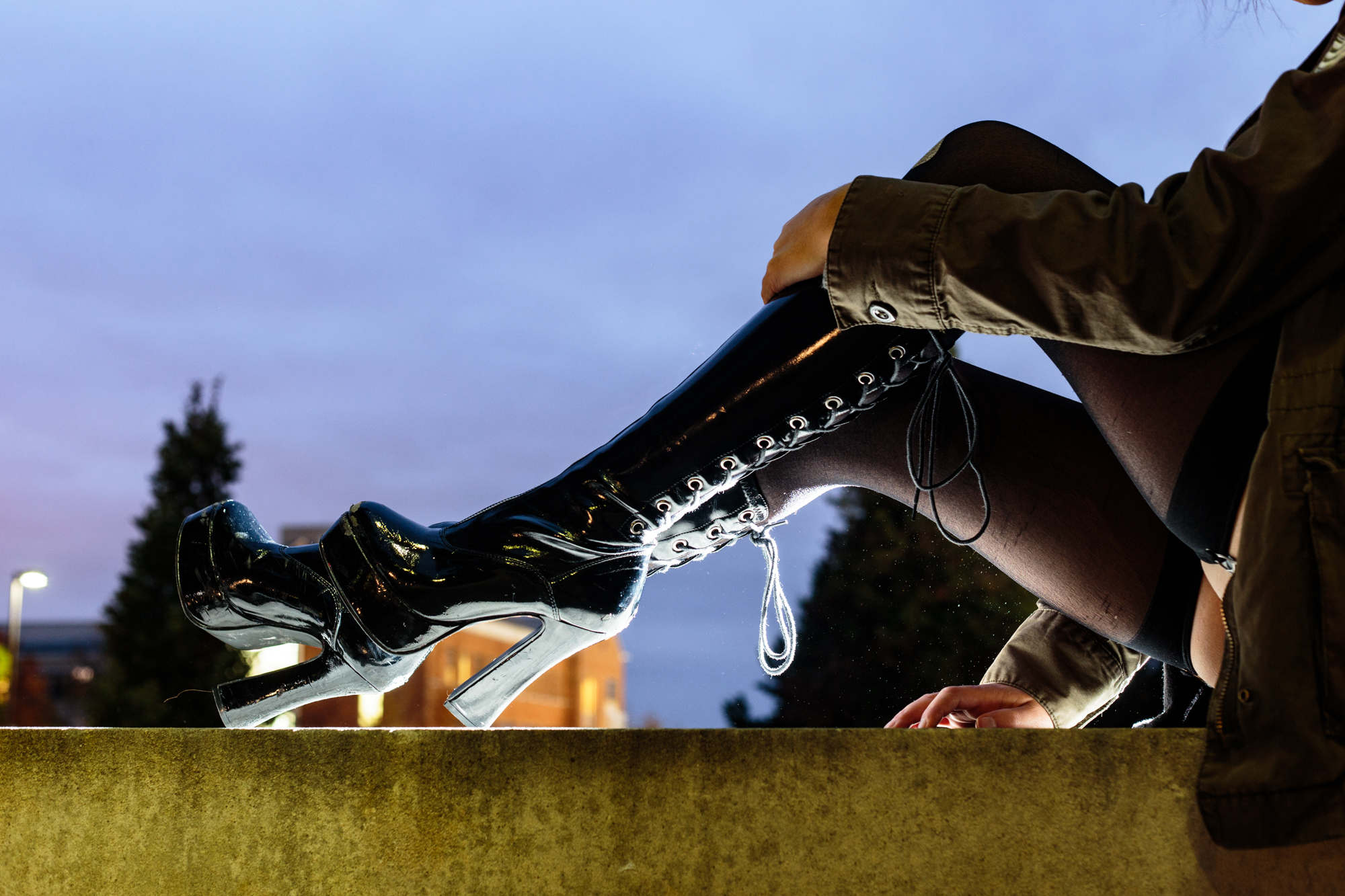 Ah, sex. The devil’s dance. Doing the nasty. The hot beef injection. What could be better? Whether it’s a romantic candle-lit serenade with that special someone, a hasty back-seat hookup you’re bound to regret, or simply a raunchy rom-com with a couple friends, the act of sex is something that most college students are familiar with in some way. It’s splashed across our magazines, featured heavily in our shows, and inevitably brought up in an awkward conversation with mom and dad. With so much of our cultural attention focused on the act, it’s become a common assumption that if you haven’t had sex yet, you will, and when you do it will be the most amazing, earth-shattering, crucial moment of your entire human existence.

For some, that just isn’t accurate.

Meet senior animal science major, Chey Shepardson. Shepardson spends her days simply enough, juggling dance rehearsal and science classes — not atypical for a college student. It’s at night when she becomes a whole new being. As a member of A Rather Tender Subject, the University of Maryland’s official Rocky Horror Picture Show shadow cast, she spends her Tuesday and Thursday nights in rehearsal as Dr. Frank-N-Furter, the cult classic’s leather-clad, sex-crazed, provocative transvestite lead. While there are several differences between Shepardson and the character she plays, there’s one difference that perhaps stands out the most. While Frank-N-Furter may be a sex-driven maniac, Shepardson herself identifies as asexual.

“I think it’s really important to make a distinction between asexuality and abstinence,” Shepardson said. “Abstinence is a choice to not have sex, usually for personal reasons. Asexuality on the other hand is defined as a lack of sexual attraction.”

According to a 2015 article in The Independent, as many as 1 percent of the world population identifies as asexual. This isn’t to be confused with aromanticism, which is the lack of romantic attraction toward others. While those who identify as asexual can be aromantic, and vice versa, the two aren’t inherently linked together.

“I do experience romantic attraction, and am currently in a romantic relationship,” said Shepardson. “I think people often do confuse the two because sometimes they have trouble recognizing romantic and sexual attraction as different entities. It’s fully possible for someone to be asexual but not aromantic, or to be aromantic and not asexual.”

Looking at her role in Rocky Horror, it could be easy to assume that playing Frank-N-Furter is a way of unphysical sexual expression. After all, Tim Curry fleshed out the character in the 1970s with his power strut and sultry pouts, while Laverne Cox’s recent rendition on FOX added more-than-suggestive dancing and physicality to the doctor. The whole show screams sexual exploration, and Frank-N-Furter is perhaps the largest proponent of that. For Shepardson, the attraction is simply because she enjoys the character.

“He’s not exactly a morally upstanding character so I can’t say I admire him or anything, but it’s fun to have that much self-confidence,” said Shepardson. “I do understand how certain things I do can be interpreted as sexual — how I dress, the fact that I do Rocky which is extremely sexual, etc. To me those are more expressing what I like … I don’t think I really ever try to express myself sexually since sex isn’t really something I think about.”

While the topic of asexuality isn’t new, it’s frequently unrepresented both in the media and queer conversation. It is also arguably the sexual identity most likely to be labeled as a sexual disorder, such as Hypoactive Sexual Desire Disorder. Psychologist and sex researcher Lori Brotto adamantly opposed this opinion in an interview with The Daily Beast.

“Asexuality is common,” Brotto said. “It reflects one of the normal variations in sexual attraction and, in the vast majority of individuals, it’s not due to a choice, or a wish, or celibacy, or the result of trauma, or some other kind of psychological dysfunction or disability.”

Although lacking some of the visibility given to other queer communities, there are organizations on the campus that are dedicated to promoting communication and support for those who identify as asexual or aromantic, as well as general information for anyone willing to learn. One of those is the Pride Alliance’s Ace Space.

“I go [to Ace Space] every week,” Shepardson said. “Basically it’s a discussion group — we talk about topics related to asexuality and aromanticism, and it’s also just to connect with people who have similar experiences.”

Regarding differing sexualities, our society is in the middle of a huge culture shift. Attitudes are changing, awareness is rising and voices are being heard. Regardless where on the spectrum a person falls, they have the right to be legitimately recognized and respected. For those who identify as homosexual or even bisexual, a certain amount of awareness exists. But for those who identify as asexual, the struggle to be recognized is an everyday occurrence.

“It’s not really ever represented in the media or in general public discussion, so it’s not surprising that many people don’t know about it,” said Shepardson. “But that’s one of the many things that the ace community is working towards — greater visibility.”