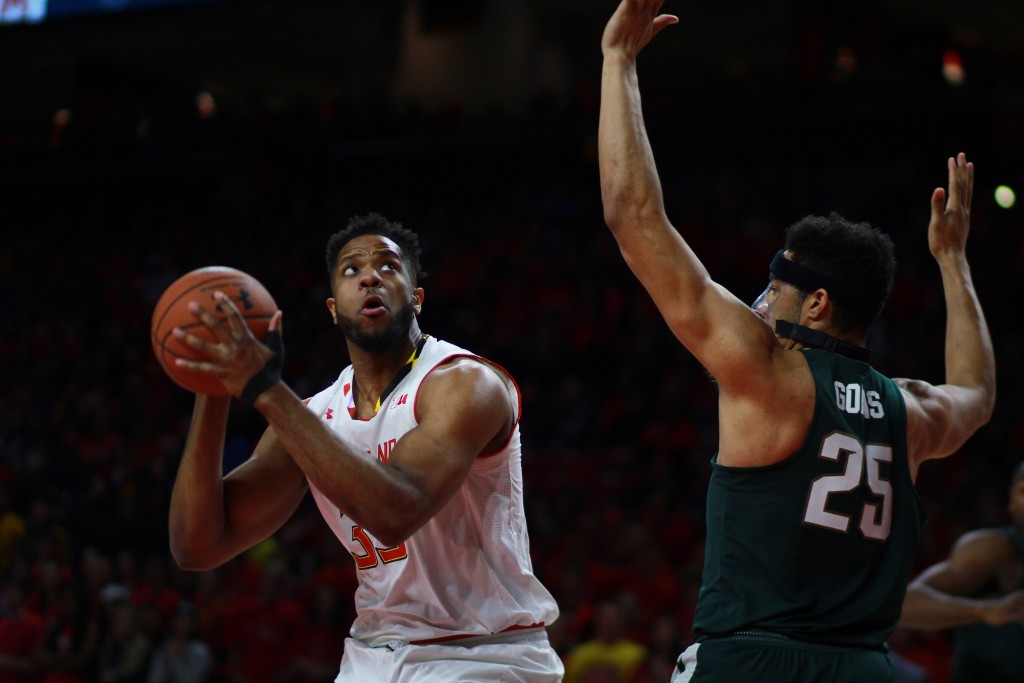 Former Maryland men’s basketball player Damonte Dodd, who is charged with rape, surrendered his passport and affirmed he would not return to College Park or attempt to contact any individuals involved with the case after appearing in a Prince George’s County court Thursday.

Dodd was released on his own recognizance Thursday after the hearing in Upper Marlboro. He faces charges of second-degree rape and second-degree assault, as well as other related charges.

“We are satisfied with those conditions,” John Erzen, a spokesman for the Prince George’s County State’s Attorney’s Office, said following the hearing. “In speaking with the victim, there’s been concern about wanting to make sure there is no contact and wanting to make sure that he cannot come into the College Park area. We certainly took that into account when determining what we would ask for.”

Dodd has fully cooperated with authorities, his attorney Thomas Mooney said, adding that the terms of his client’s release were “completely appropriate.”

“He talked to a police detective, he gave his entire account and maintains his innocence and continues to do so,” Mooney said. “I think he takes some solace in the fact that he’s completely innocent and he knows and has faith that this process will result in a not-guilty verdict.”

Dodd is due back in court for a status hearing on September 20. The trial is set to begin in November.

Dodd, who attended this university from 2013 to 2017, was arrested Thursday in Atlanta on charges stemming from an incident that occurred in College Park in November.

Dodd met a woman at Terrapin’s Turf on Route 1 on Halloween, according to a release from the county state’s attorney. He bought her drinks and left with her to go to a friend’s apartment. There, in the early hours of Nov. 1, he “had sexual intercourse with her against her will,” the release said.

The woman’s roommate later confronted Dodd, who said the sex was consensual, according to the release. The woman reported the incident to police five days later.

“As we went forward, we determined that a crime happened here,” Erzen said. “Mr. Dodd claims it was consensual. That’s not what we believe at this time and that’s why we moved forward to seek the indictment.”

“An intoxicated person cannot consent one way or the other,” Erzen added. “It’s certainly not a defense.”

Mooney said he would have to review the facts of the case but called it a “he-said, she-said” situation.

“I’m good everyone thanks for your concerns. Y’all know wassup DONT BELIEVE THE HYPE! love y’all forreal man,” he wrote.

Dodd, a Centreville native, played in 119 games during his Maryland career. He was arrested at an Atlanta airport after returning from Mexico, where he was playing basketball professionally.