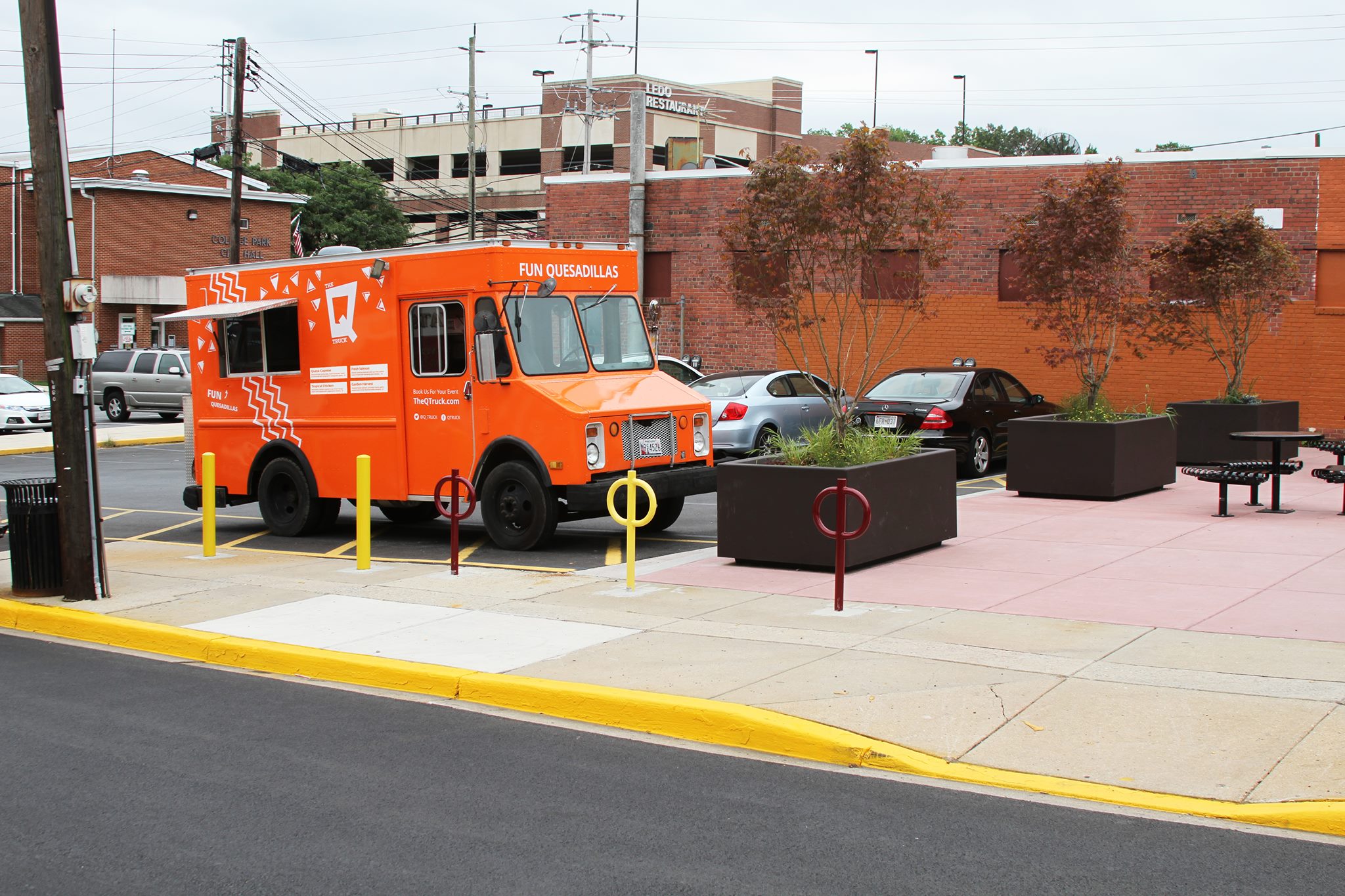 After an unsuccessful search for a new coordinator, the College Park City Council has decided the city will be in charge of the Downtown Food Truck Hub, located at the former site of the Little Tavern on Route 1.

The city will take on the $525 licensing fee associated with being coordinator of a Food Truck Hub in Prince George’s County for 60 days or fewer, rather than a $3,675 fee for a whole year. The hub will operate Fridays and Saturdays during the spring and fall. On the days it is open, the hub will run from 5 p.m. to midnight like it did last year.

Ryan Chelton, the city’s economic development coordinator, said College Park still requires some documents to apply to be a coordinator, but the hub should be in operation later this month. The city will need a letter of support from the area where the hub will be located in College Park, as well as permission from the property owner. Another letter of support is required to allow the hub to operate until midnight, District 2 Councilman P.J. Brennan said.

“We have a significant population that’s active down there that’s looking for places to eat during that time, so it made sense to keep them open and keep them competitive with the other business establishments in the area,” he said.

The hub is an important way to liven the downtown area, Mayor Patrick Wojahn said, adding that Chelton will assume the duties of food truck hub coordinator. This includes getting food trucks to come to the hub and rotating through food truck vendors who wish to operate at the location, which was popular among residents last year.

Last year, Q-Truck — a food truck specializing in quesadillas — as well as Capital Chicken and Waffles were at the debut. Chelton said Blue Ming, Halal Kitchen and Jammin Flava are among the food trucks who have shown interest in joining the hub.

[Read more: The Green Tidings food truck has returned to UMD after a seven-month absence]

While food trucks need licenses to operate, the city will not charge food truck vendors who come to the hub any additional fees to be there, Wojahn said.

College Park Ventures, a company run by University of Maryland alumni and a then-student who owned Q-Truck, coordinated the hub last year. The owners sold the truck and are no longer in the food truck business, Chelton said.

The city tried to find other vendors willing to pay the requisite licensing fee and become coordinator but couldn’t find any, Brennan said.

“Those other operators indicated the same thing — that the cost was too high and not worth their investment in College Park,” he said.

Local food truck owners were disappointed they could no longer operate at Little Tavern Park with no coordinator, so they began operating at other food truck hubs within Prince George’s County, including the Discovery District Hub and the Town Center Market in Riverdale, Chelton said. Since county legislation allowing food truck hubs to operate within the county was passed in 2015, four have opened.

“The supply of demand isn’t always consistent in the downtown area, because the students are a major consumer in that area and they come and go during the semesters,” Brennan said.