STUDY: Superstorms could become much deadlier with warmer oceans 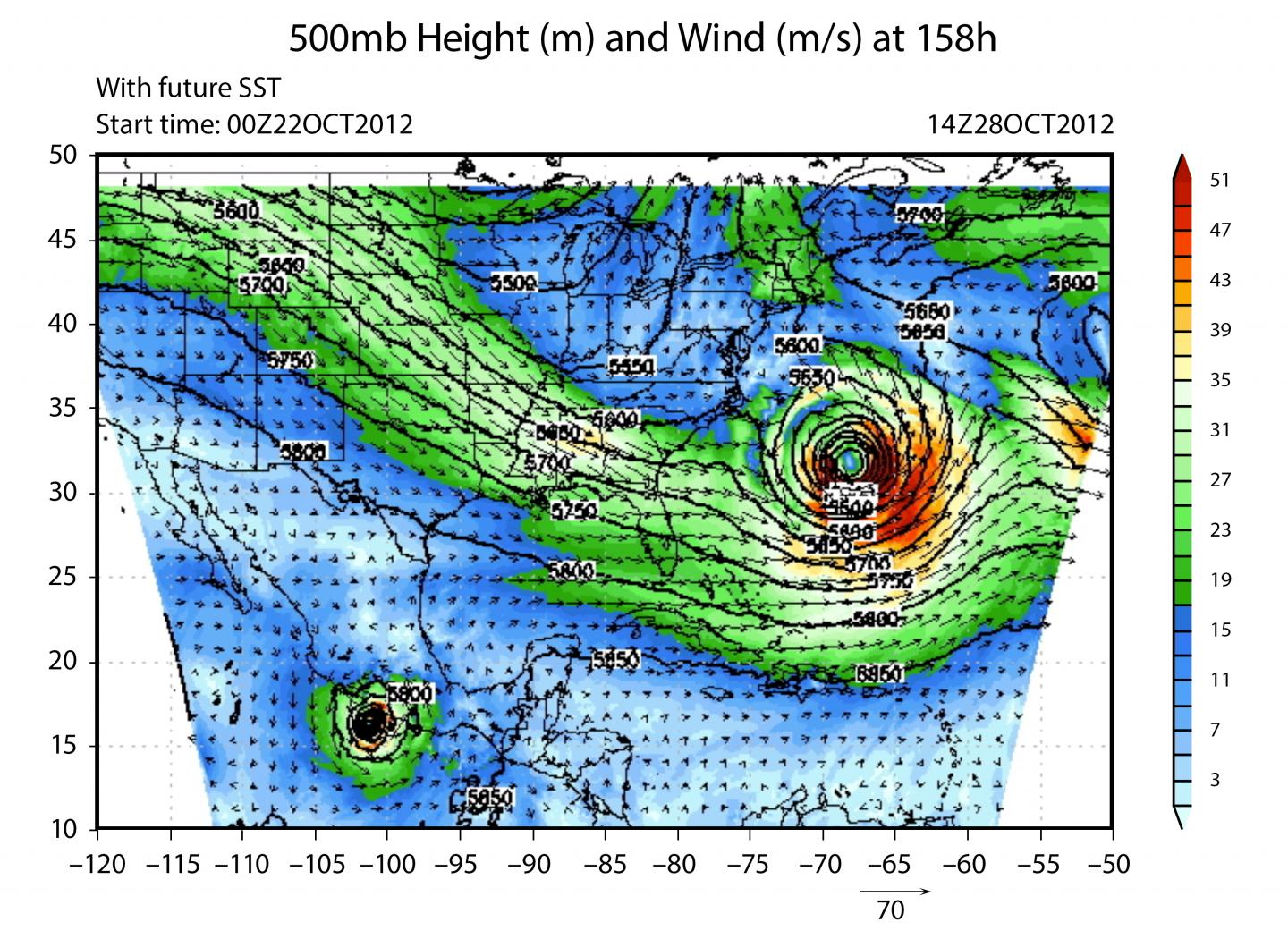 Few were prepared for the destructive power of Superstorm Sandy, which struck the East Coast in 2012 and caused about $50 billion in damage.

This storm was especially destructive, but warmer oceans mean more damaging superstorms could be on the way, according to recent University of Maryland research.

“We wanted to know, if this storm were to repeat itself in the future with warmer surface temperatures … what would happen?” Lau said.

Though scientists may not be able to predict with any certainty the outcomes of future storms, he said, this new study sheds some light on how a similar superstorm might behave in the future given increased oceanic temperatures.

The unique models factored in warmer oceanic temperatures — the size of a warm area of water in the Atlantic, which facilitates the formation of tropical storms, was doubled — but used present-day land and atmospheric conditions, said Kyu-Myong Kim, a research physical scientist from NASA involved in the study.

This allowed researchers to create a storm that could be directly compared to Superstorm Sandy, Kim said.

The simulations found that two of the storms followed almost the same path as Sandy, traveling up and hooking west to hit New Jersey, Lau said. The storms did bring heavier rains and stronger winds, however, due to the longer exposure to the warm water temperatures.

The three other simulations, however, showed much stronger, more destructive results.

“These storms would stay toward the center of the warm pool longer, where it would acquire more energy and become very much stronger,” Lau said.

By the time they were developing over the Caribbean, these three were already classified about Category 5 storms, while the two others would have been about Category 3 storms. And while storms typically move along a steering current, or a flow of air that moves directionally through the atmosphere, these three storms didn’t behave normally.

“A storm is like a child and a steering current is like a parent,” Lau explained. “When the storm grows up and gets strong, it has a tendency to just do what it wants to do. … In this case, it moves northeast to sea, far away from the steering flow.”

The storm and current kind of “do a dance” around each other before the storm hits the North American coast in the Nova Scotia area, Lau said. The simulation showed unprecedented storm surges that could affect the entire East Coast from Florida to Canada, Lau said, with a destructive potential more than 100 times more powerful than what was seen with Sandy.

The results of the study were unexpected, Lau said, but they gave some important information about what superstorms might look like in the future.

“We don’t know what the entire climate will look like in the future … but this tells you what could happen with a change in one major factor,” Lau said.

Lau said this study could open up new lines of research in the scientific community and in the area of disaster preparation.

“This is the start of other investigations along those lines. … We want to look at other rare storms in the future world,” Lau said. “If we know this kind of storm can happen, we can better prepare for it.”

Beyond that, this research also speaks to the importance of environmental awareness and the inevitable effects of greenhouse gases on Earth as well as the need for preventative action, Ross Salawitch, a professor in the chemistry and biochemistry department who was not involved with this study, wrote in an email.

“The study … shows superstorms will become more intense as sea surface temperatures rise,” Salawitch wrote. “[It] provides support for the well-established scientific consensus that the emission of greenhouse gases should be curtailed sooner, rather than later.”