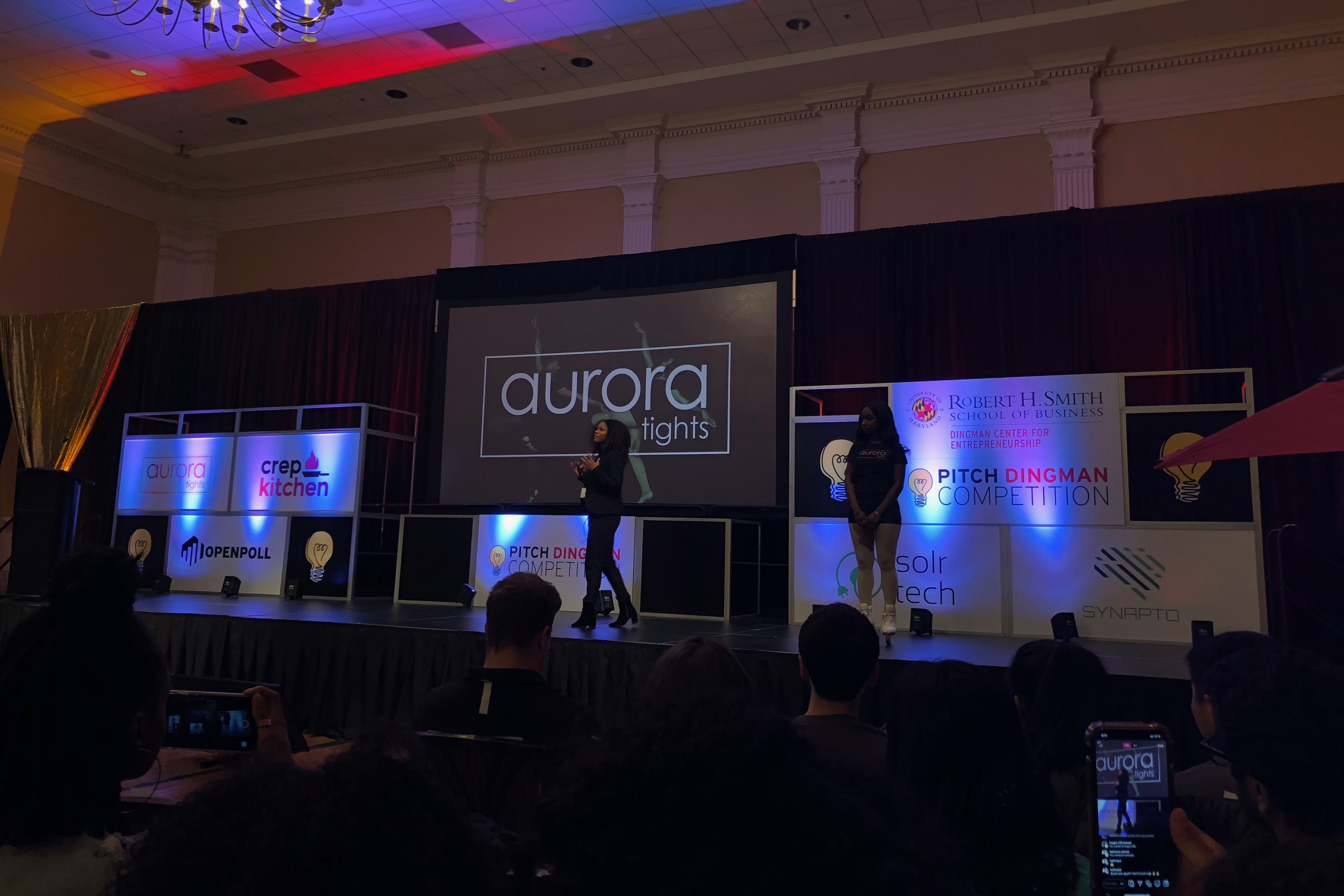 Jasmine Snead’s dream to give all skaters and dancers legwear that matches their skin color became a reality on Thursday.

Snead’s company, Aurora Tights, won a $15,000 grand prize in the finals of the Pitch Dingman competition, an annual business competition at the University of Maryland.

Aurora Tights, which produces body-positive tights for dancers and skaters of all skin tones, was one of the five university student-founded finalist startups.

Snead said most of the prize money would go toward bolstering her inventory, while the rest would be used for marketing, vending at competitions and research and development for future products.

Student startup founders received $30,000 in funding overall after pitching their businesses to a panel of four judges with entrepreneurship and venture capital backgrounds.

Snead, who serves as the company’s chief financial officer, was inspired to create tights for dancers and skaters of all different skin tones because, as an ice skater, she was never able to find the right tights for herself.

“Growing up, I would dye my tights myself … just to make the tights my skin color,” she said. “Tons of skaters would wear tights that were the wrong shade.”

Bill Boyle, chairman of the Dingman board of advisors, noted that the evaluators looked at various elements of the pitches.

“Did they really understand the market they were going after? Did they really have a good plan for rolling it out? And was their pitch impressive?” Boyle said. “Aurora Tights had the best pitch, in my opinion.”

Chris Rehkamp, student venture programs manager at the center, said every finalist benefits by the end of the competition, regardless of how much money they receive. Each finalist gets high-level venture mentors, including business and marketing mentorship, he said.

Alexei Onufrak, the president and co-founder of Solr Tech, expressed admiration for his fellow competitors and the value that they bring to the campus community.

“Everybody is working really hard to get as much done as possible,” said Onufrak, a junior environmental science major. “Everybody has respect for one another, and the fact that we made it this far. I wish everybody luck.”

Dhruv Patel, a junior bioengineering major and Synapto’s CEO, said his grandfather’s experience with the disease showed him the need for less expensive yet more accurate diagnostic methods.