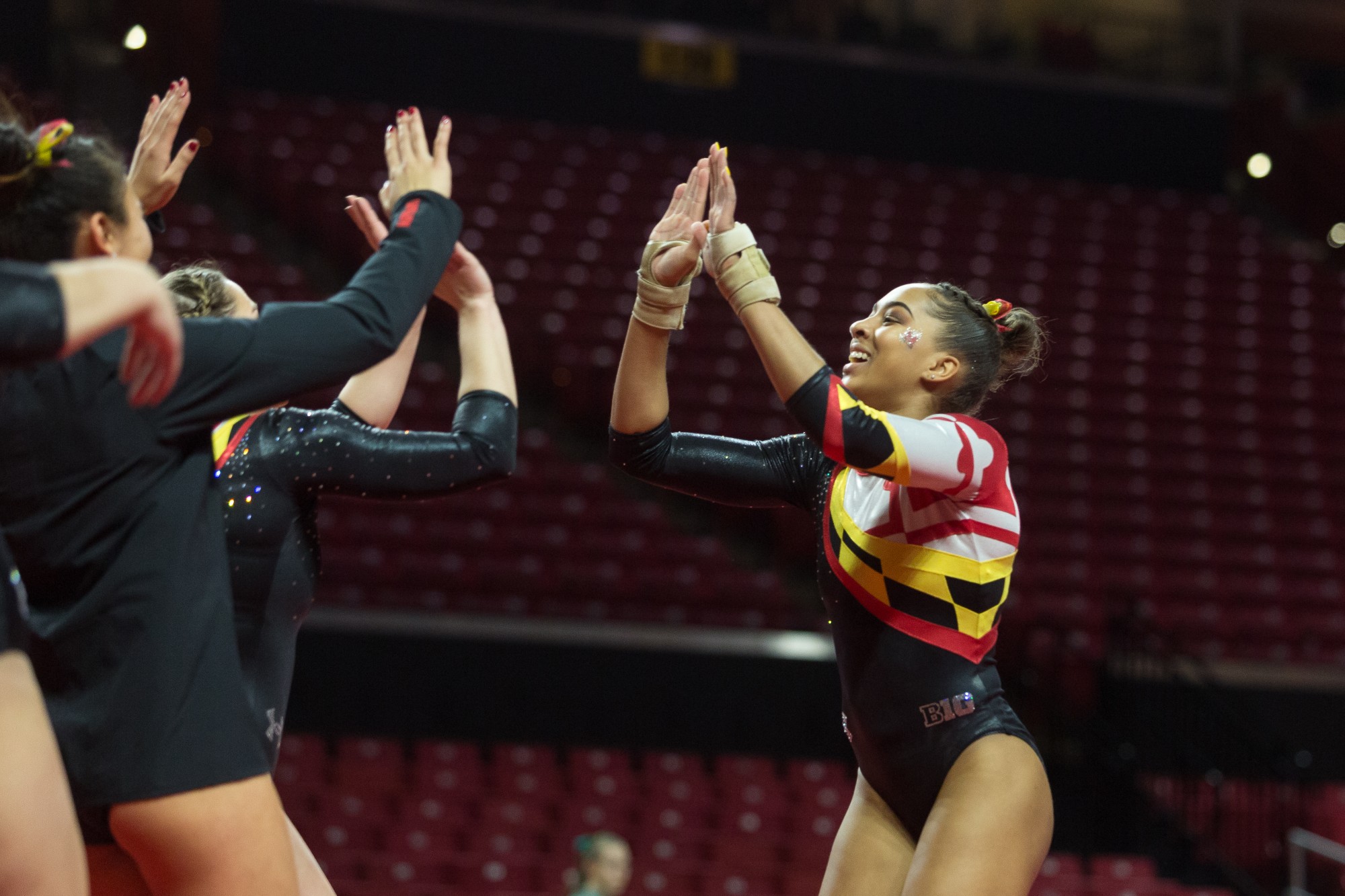 After a disappointing team performance last weekend, standout all-around Maryland gymnastics freshman Audrey Barber encouraged her teammates to strengthen their presentations on floor, and they seemed to respond quickly at Friday’s Pink Invitational.

Sophomore Alecia Farina anchored the floor rotation with a season-high 9.925, securing a 49.125 team score in the event and the first-place spot for the Terps as they finished their third rotation.

Both the team’s bars (49.25) and floor scores were their highest of the season. Barber’s words of encouragement, as well as the momentum throughout the meet, seemed to help propel the the Terps to a first-place finish.

Barber also took her own advice, having expressed earlier in the week she wanted to “take it one skill at a time” during her performance. She won the all-around with a 38.625. The Temple Hills native scored a 9.875 on floor, placing second in the event. She also paced the team in each of the rotations, tying for first place in vault (9.8) and bars (9.9).

Coach Brett Nelligan emphasized his focus on improving those skills described by Barber, especially in vault landings throughout the week. Against West Virginia and Pittsburgh last week, the Terps placed second and posted their lowest score of the night in vault (48.8).

Although the Terps still finished with a lower-than-usual 48.75 on vault Friday, some individual scores went up. Barber and freshman Collea Burgess tied for first, followed by sophomore Deanna Magro and sophomore Emma Johnson (9.75).