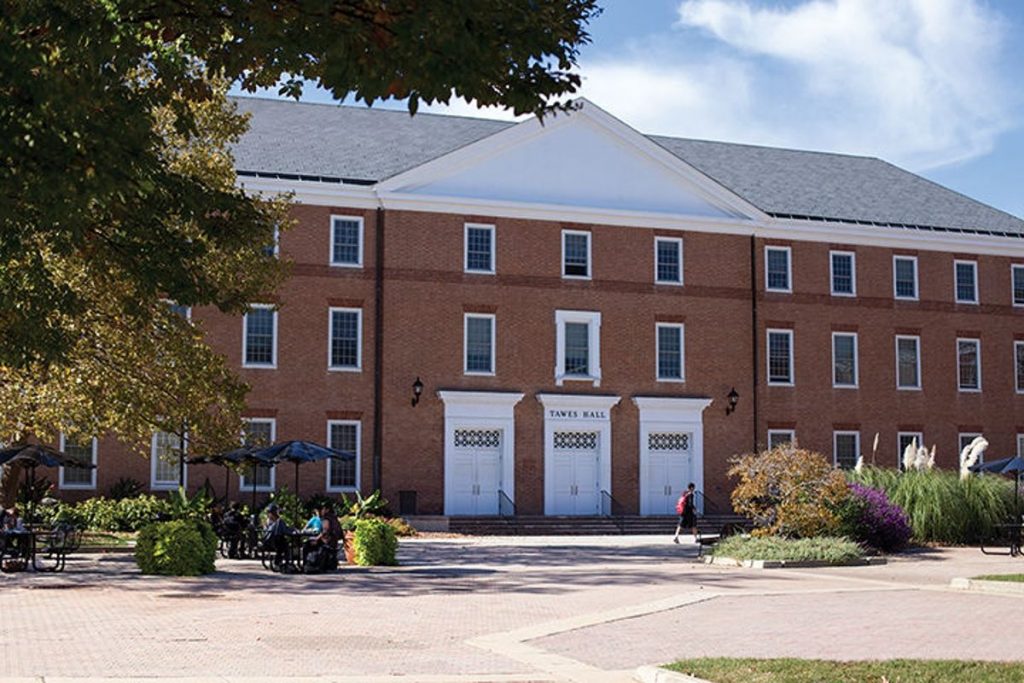 One of the purportedly haunted locations on campus. Spooky, isn't it? (File Photo/The Diamondback)

Although most episodes of And That’s Why We Drink are accompanied by a box of wine, hosts Christine Schiefer and Em Schulz had to resort to bottled water for their live recording at Stamp Student Union on Monday.

As soon as the pair emerged in front of the crowd of a few dozen students — with Ginuwine’s “Pony” playing in the background — their humor and chemistry was apparent. Advertised as a “paranormal and true crime podcast,” And That’s Why We Drink has Schulz covering paranormal stories while Schiefer tells the true crime ones.

“It’s a fun balance of stuff that’s believable and stuff that’s kind of out there,” said Emily Belknap, a newer fan of the show and a library and information science graduate student.

Schulz opened the episode by rattling off a list of several campus locations known for paranormal activity.

“Apparently, you guys have a lot of ghosts,” Schulz deadpanned.

Schulz’s list included a multitude of familiar campus locations and the paranormal activities reported there: A prankster ghost named Mortimer at Tawes Hall has been known for poking people in the face, former university registrar Alma Preinkert has been rumored to haunt the Kappa Delta sorority house, and the sounds of windows and doors opening while they’re still closed has been noted in Easton Hall.

“A little ASMR from beyond,” Schulz said of the last one.

When Schulz began indulging in the paranormal activity of Hornbake Library, an audience member called out that the building was “stupid haunted.”

Kaley Dietrich, an employee of Hornbake Library, attested to the ghostly activity in the building.

“In one of our rooms, I heard boxes shuffling around and papers moving,” said Dietrich, a library and information sciences graduate student. “Up on the third floor, it’s just a lot of negative energy and methodical tapping until you go around the corner and look for it and then it’s gone. But then when you leave it starts up again.”

Halfway through the show, Schiefer began discussing a 2002 murder case that took place in Ocean City, Maryland, which was featured on “Forensic Files.”

The case involved a young couple, Erika and Benjamin “BJ” Sifrit, who lured another couple back to their condominium before brutally murdering and dismembering them.

Schiefer easily kept the audience’s attention through the bizarre chain of events, no matter how odd or grotesque each additional detail was.

In an effort to end the show on a “happy note,” Schulz and Schiefer closed out with a magic trick. They poured water into two red Solo cups and placed them on their heads. Schulz said that after they spun around on stage and everyone called out the crowd-approved magic word, “sassy,” the water in the cups would disappear.

“This has not worked every time, so who knows?” Schulz said.

After the ritual, they each flipped the cup over on their heads only to reveal the water, much like their usual box of wine, was gone.

And That’s Why We Drink is currently available on Spotify, Google Play and Apple Podcasts.