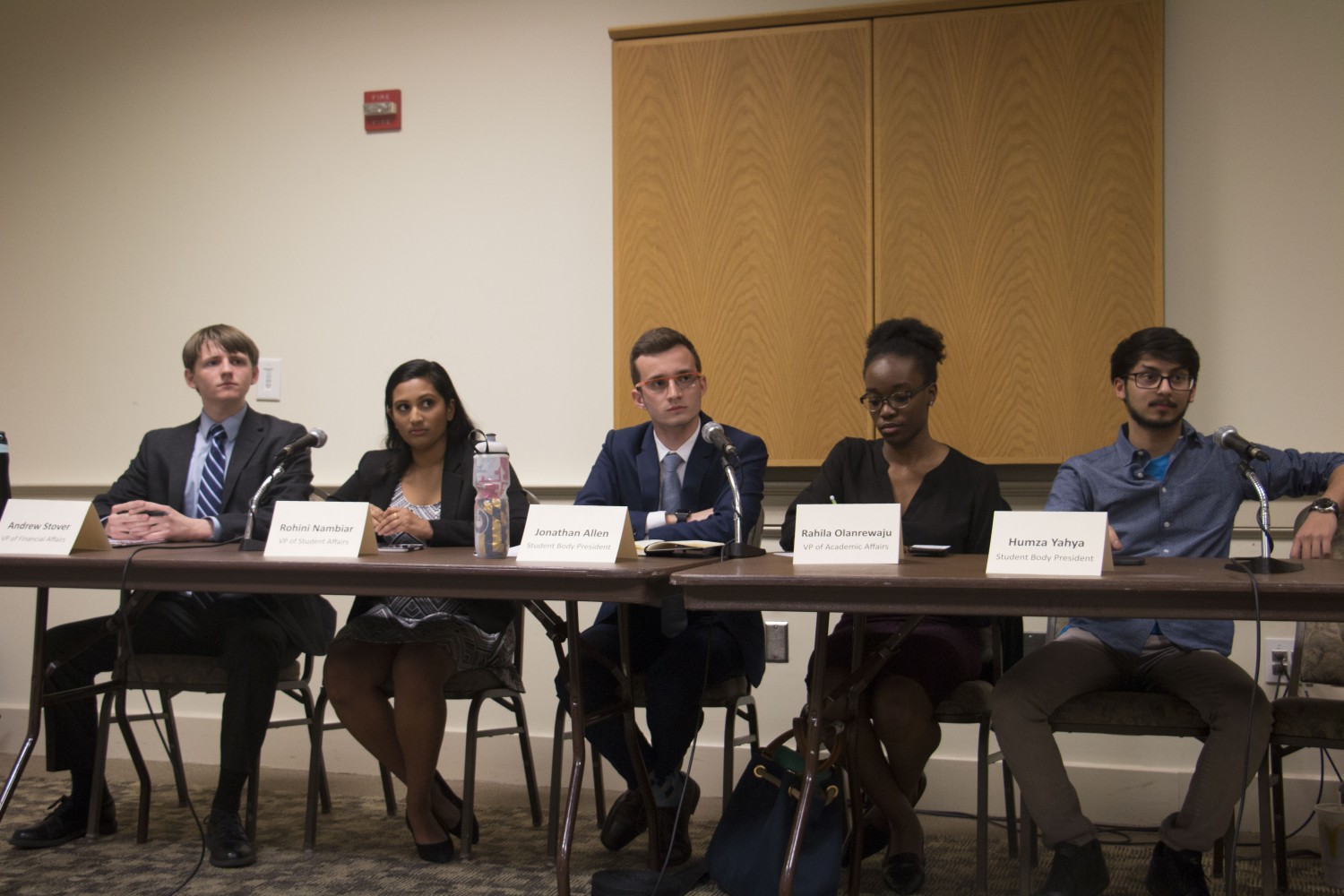 Candidates from Envision Maryland and Recognize UMD, the two parties in the University of Maryland’s SGA election this year, clashed on financial issues and student involvement at the executive ticket debate Thursday night.

The candidates differed most on financial matters throughout the night.

Stover, a sophomore public policy major, has focused his campaign on making the financial application process for SGA funding more transparent. Alia Abelkader, the SGA’s current vice president of financial affairs, asked how the candidates would achieve this.

Yahya, who works for the student organization resource center, says he currently makes some of the forms, and form prepopulation wouldn’t be possible.

“I have heard of student groups who have gone to office hours in the finance committee for two hours, they’ve gone over their whole budget, they thought it was great, and they still got denied,” Stover said. “If they’re using every resource that we have available to them, and they’re still getting denied funding, I think that’s a problem.”

Yahya said his party’s position would be to dedicate their time more to disseminating information about the resources SGA has in place, rather than create new initiatives. However, he suggested starting a program where students can speak face-to-face with administrators, as well as expressing a desire to meet with administrators to discuss helping students who are struggling to pay tuition.

Through the debate, Yahya voiced concerns about his prospects in the upcoming election. In his opening statement, Yahya said, “As of 8:06, right now, I’m still running for SGA president,” and continued throughout the night with light-toned comments such as “I think what Envision says was kind of dope” and “seeing how absolutely splendid this debate went for me.”

The candidates fielded topics such as safety on campus, free speech, political advocacy, racial tensions, immigration, gender equality, parking on campus and environmental efforts. Envision Maryland touched on creating a partnership with riding services such as Lyft to help students get to grocery stores affordably, starting a cap and gown rental program, bringing new leaders from outside the SGA to their diversity and inclusion committee, and expanding the bike share program.

Yahya agreed that many of the initiatives proposed by Envision Maryland would bring about positive changes, but still emphasized the importance of competition in the process.

“We need more people to run, we need more perspectives on the SGA,” Yahya said. “There are smart people on campus, and they really need to come out in droves and they need to actually run for these things, so people aren’t running uncontested.”

“We have so many opportunities for student groups to come to us and ask us questions, and we provide so many different hours and meetings,” Yahya added. “Nine times out of ten, no one will come.”

Envision Maryland also put forward the goal of having more students get involved with SGA, but Allen viewed it more as a matter of personal effort than general student apathy.

“I have to disagree with the statement that was previously made, that it’s extremely hard to recruit new members to SGA,” Allen said. “It is possible, if you really work hard on recruitment.”