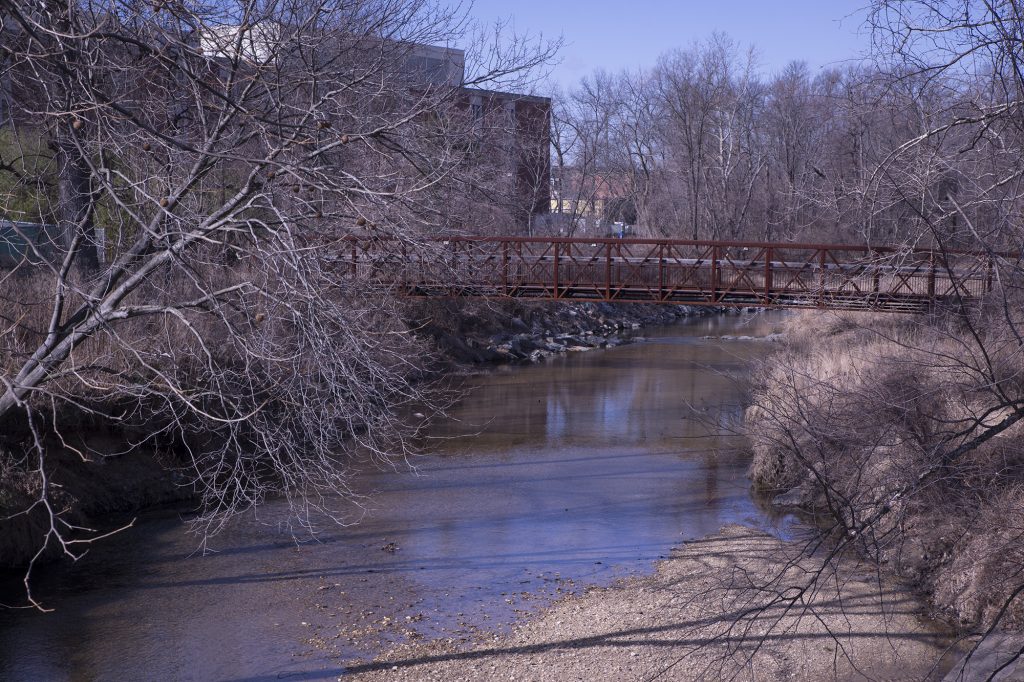 A stream that runs along campus and the Paint Branch Trail.

After President Trump took steps to freeze grants and limit communication from the Environmental Protection Agency, many University of Maryland students studying and researching environmental issues remain concerned with how Trump’s administration will influence the EPA and other climate change programs.

On Jan. 24, the Trump administration ordered a suspension of all EPA grants and contracts and a gag on EPA communication with the public and journalists. Trump restored EPA grants and contracts on Jan. 26 — just two days after the freeze was initiated — saying his administration’s review of their work was complete, but maintained what is effectively a gag order on the agency.

The gag order was met with resistance, including from various “rogue” National Park Service Twitter accounts that brought the issue to much of the nation’s attention. The Badlands National Park Service was first to resist, continuing to tweet objective facts about the climate despite the silencing order. These tweets were later deleted.

Moreover, after Trump’s inauguration, climate change information disappeared from the White House website during its transition. The climate change page is currently unavailable, as are most whitehouse.gov pages.

“I think [the situation] is really alarming,” said senior Maya Spaur, a member of the SGA Student Sustainability committee. “It’s a real concern to protect [climate change research], because that’s what we have to go on.”

The committee is a nonpartisan group focused on advancing sustainability initiatives on this campus, as well as at the local, state and national levels said Spaur, an environmental science and technology and government and politics major. This semester the committee will focus its statewide efforts on environmental legislation, she added.

Climate change doesn’t just affect the environment, Spaur said. Consequences stretch into other areas as well, such as the refugee crisis.

“A lot of the people who come into this country are environmental refugees, and I think we need to link those conversations,” Spaur said. “We’re running out of time on climate change and we need to help these people and their countries.”

Cutting off communication from an agency like the EPA is “really making it hard for people to get the info they need, make decisions about the future and take action on important issues,” she said.

The censorship also affects individuals, Spaur said. “As someone looking to have a career in environmental science, a lot of us are concerned about finding jobs.”

“Any measures taken to silence the voices of scientists” are concerning, said Christine Hagan, the co-director of the SSC and a junior environmental science and policy major. “It’s the public’s right to know [what’s happening],” she added.

With graduation right around the corner, Hagan said Trump’s recent decisions alarm her.

“The fact there was public pressure [against his actions] makes me feel a little better, but the fact he had the power to say ‘I’m cutting off this research;’ … I’m not comforted by the fact that he has the power to do that. And he’s shown he’s willing to do that,” Hagan said.

Science shouldn’t be politicized, she added, because it exists to understand the truth of the world around us, meaning it’s not a partisan issue.

The temporary freeze on funding from the EPA is concerning in the short term because it provides a window into what Trump’s administration might do moving forward, said Will Klajbor, a junior economics and environmental science and policy major.

“Part of the reason I wanted to come to Maryland was because of an interest in working for the government, and obviously that’s not looking so great right now, especially being in an environmental science field,” he said.

But, he added, “in the long term I don’t think I’m as worried.” The issues aren’t just going to disappear, he said, and there will always be a need for climate research.

“To all the people who have been making their voices heard and speaking up … keep doing what you’re doing; you’re making a difference,” said Klajbor, who is also a co-director of the sustainability committee. “Now more than ever is the time to be politically active, especially being a young person in this country because we’re the ones who will be leading it pretty soon.”

“Many scientists I’ve talked to don’t know what to expect,” said Xin-Zhong Liang, a professor in this university’s atmospheric and oceanic science department. “He can do one thing very swiftly and the next day change his mind.”

Researchers are more concerned about the removal of data found on government websites than the deletion of scientific publications or research results, Liang said. This is because the results and publications can’t be deleted, Liang said.

However, slowing or stopping climate research could cause serious environmental harm, Liang said. The U.S. has come a long way creating regulations to protect the environment and fight pollution, he added, and if Trump really wants to stop progress, “he should check what’s happening in China right now … [and decide] if he really wants to push the US back to that scenario.”

“Even if we don’t fully understand what’s causing the climate change, it’s happening, so we need to find a solution to adapt to what’s happening,” he added.