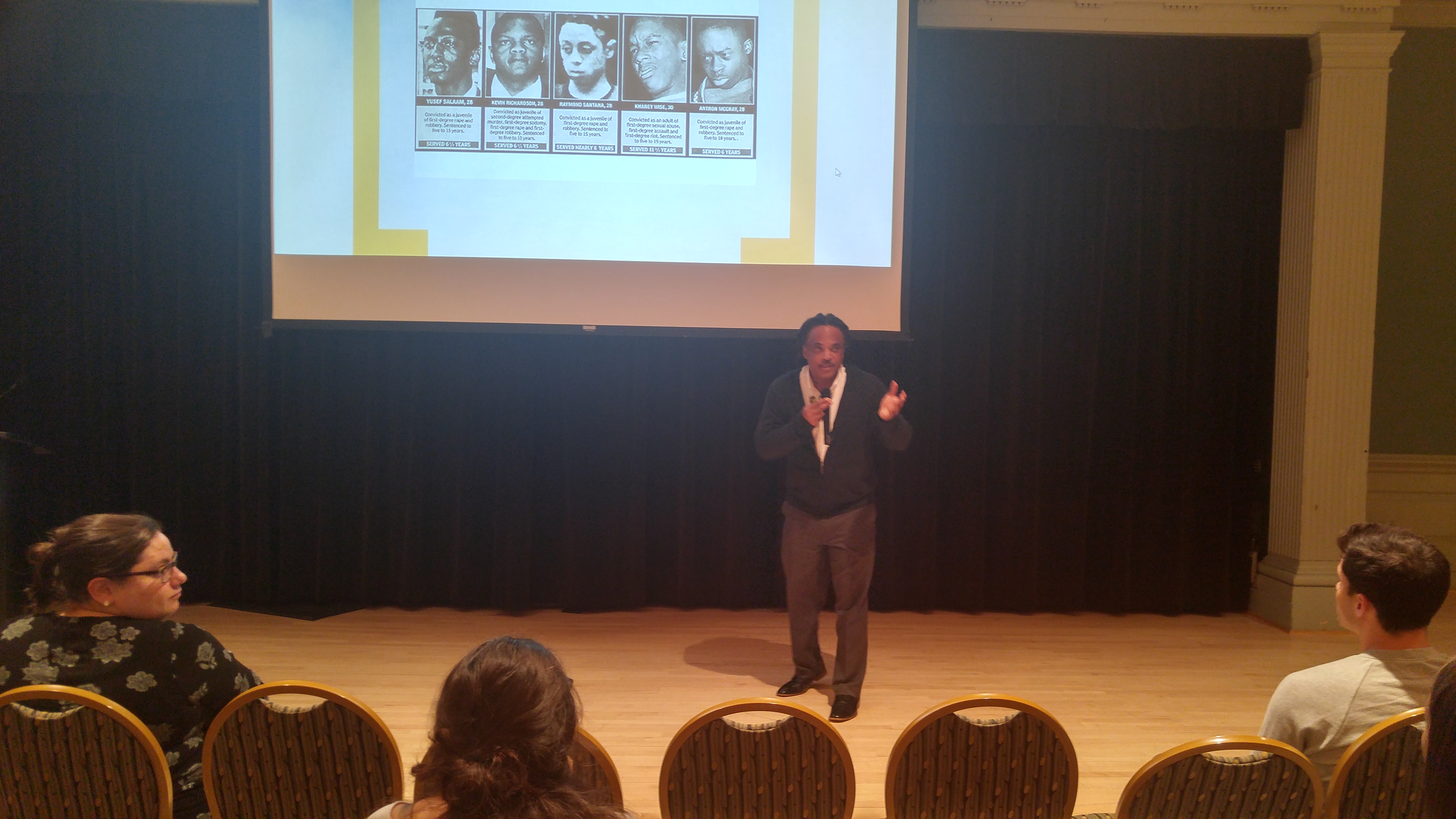 In an effort to fight sexual assault and racism, one University of Maryland professor is working to shed light on how the two issues are alike.

Neil Irvin is an adjunct professor in this university’s public health school and executive director of Men Can Stop Rape, a nonprofit organization whose goal is to mobilize men to stop violence against women.

Both sexual assault and racism are systemic and historic issues, and victims of both are often oppressed by society, Irvin said. He spoke to about 50 people in the Colony Ballroom of Stamp Student Union on Wednesday about these similarities in a discussion called “Our People, Connecting Anti-Rape and Anti-Racism Work.”

Irvin displayed a photo of a young white girl smiling during the lynching of an African-American man named Reuben Stacy in the 1930s. The girl had no other choice but to smile — that was how she was raised, Irvin said.

“Everything that we do in our life is shaped by nature, nurture and environment,” he said, noting that racism is taught in the same way men are taught to “nurture anger and rage.”

Irvin later asked the audience what women are often told to do to prevent sexual assault.

“Cover up,” “don’t get too drunk,” “don’t walk home alone,” “don’t wear a ponytail,” “don’t lead him on,” “don’t trust a guy’s intentions,” “watch your drink” and “don’t make eye contact” were some responses called out by members in the audience.

[READ MORE: At this university, sexual assault must be uniformly disciplined]

“Don’t say hello,” Irvin said, to sum up all of their answers.

Society teaches women to prevent their sexual assault, but these “risk reduction” methods don’t work, Irvin said. Men Can Stop Rape aims to shift the responsibility of sexual assault from women to men, he added.

Irvin then asked what black children are taught to protect themselves from being victims of racism.

The event helped senior community health major Alanna DeLeon consider the impact of the relationship between race and sexual assault.

“People in power in our society want us to believe demeaning, derogatory, terrible things about other groups of people,” said DeLeon, who is also the president of Preventing Sexual Assault, a student group that advocates on behalf of sexual assault victims. “A lot of people don’t take the time to step back and think about that.”

Alaina Kahn, a sophomore psychology and family science major, said the event encouraged her to think more broadly about race and sexual assault.

“These are two important issues that are talked about a lot, but not together,” Kahn said.

She added that more men should be dedicated to stopping sexual assault because they have a privilege that women don’t have.

“Women go out of their way to protect themselves,” Kahn said. “Because [men] are in a privileged group, they have more influence over keeping their friends from raping women than girls do.”

Kevin Webb, training manager for the Office of Civil Rights and Sexual Misconduct, said he was pleased with the event.

“I’m hoping this is just the beginning of this conversation,” Webb said. “It was an opportunity for people see things in way they hadn’t thought about.”