CPAC was “worthwhile” but might not have appealed to millennials, UMD students say 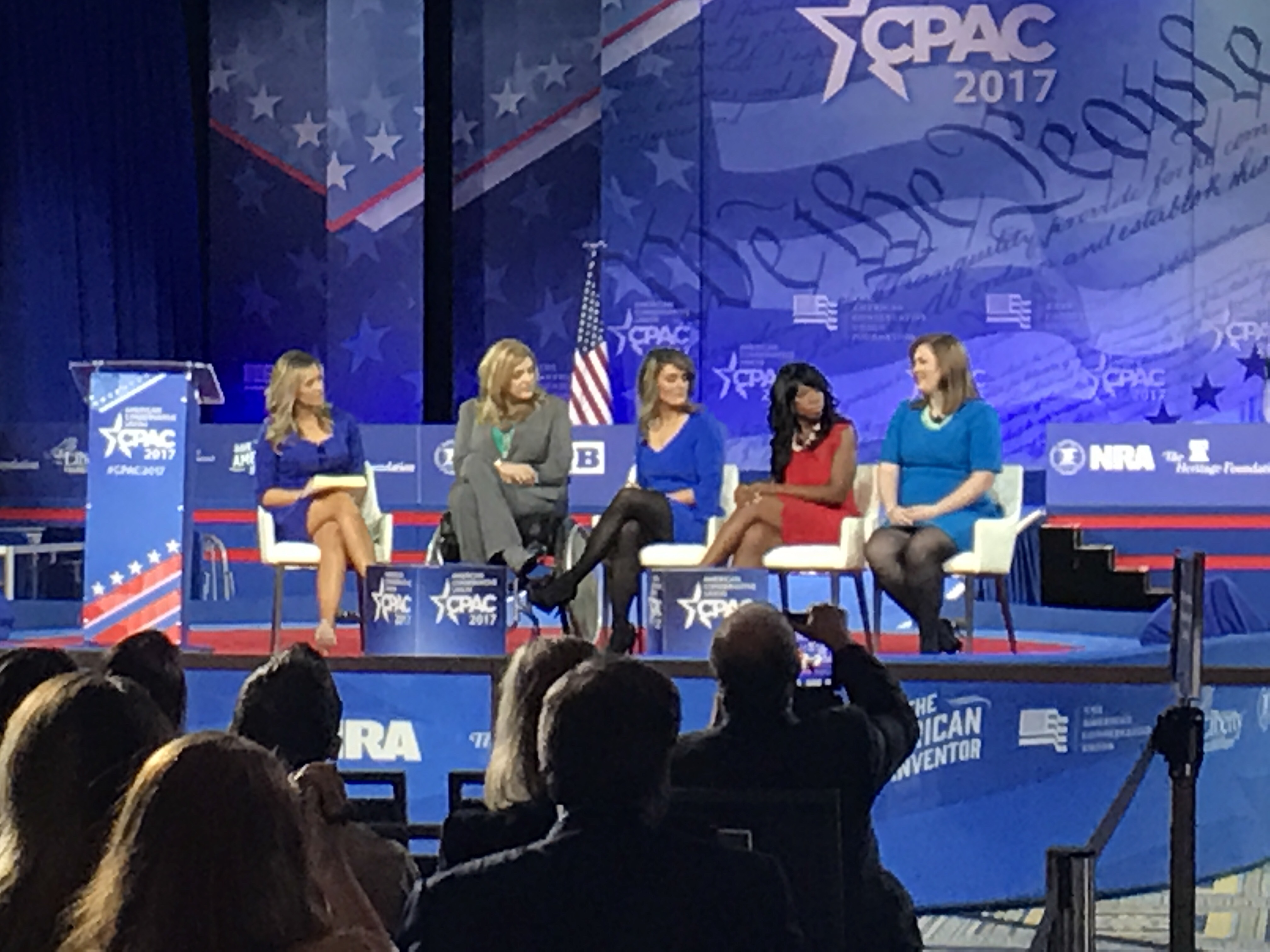 This year’s Conservative Political Action Conference in Maryland’s National Harbor, held from Feb. 22-25, zeroed in on college students and millennials, navigating how to nurture conservative ideals in a “politically correct” environment.

About 25 University of Maryland students from this university’s College Republican chapter took part in the three-day event, which had extensive programming specifically geared toward the millennial demographic. About 37 percent of people between the ages of 18 and 29 voted for President Trump in the presidential election, while 55 percent of the same age group voted for Hillary Clinton.

“It’s definitely a worthwhile experience for college students interested in politics,” said Taylor Friedman, a junior economics and government and politics major who was attending CPAC for the third time with the College Republicans.

The conference included panels and workshops such as “Trigger Warnings & Safe Spaces: Campus Activism in a PC Age” and “Understanding Your Rights on Campus” on the first day of the convention. The trigger warnings workshop delved into advocating for conservative ideals in a “politically correct climate,” while the latter workshop aimed to help students understand their rights in class, specifically regarding the First Amendment.

Antonia Okafor, an advocate for campus carry and current graduate student at the University of Texas at Dallas, spoke on behalf of the NRA at an all-women pro-gun panel on Friday. Earlier this month, Maryland state officials passed a bill banning guns and other deadly weapons from public college campus, including at this university.

A Thursday panel also addressed Democratic presidential candidate Bernie Sanders, and his support from the younger generation. The panel “FREE stuff vs FREE-dom: Millenials’ [sic] Love Affair with Bernie Sanders” — which Mercedes Schlapp of The Washington Times, a CPAC sponsor, moderated — addressed Sanders’ appeal and policies and laid out rationale against it. Panelists, for example, argued initiatives such as free community college would come at a high cost to the average taxpayer.

Though various events were geared toward the younger voter population, College Republicans chairman Jacob Veitch said he was split on whether the conference was doing enough to interact with young voters.

“Yes and no,” said Veitch, a junior international business and government and politics major. “It’s a very partisan event, and they don’t really try to hide that.”

“There’s not really much room for debate and for a lot of young people, that’s discouraging,” Veitch said. “We want to see a real debate of the topics.”

Senior Elliot Hazzard acknowledged that views within the conservative movement are shifting.

“A lot of young people who identify as conservative are more socially liberal,” the GIS major said. “There’s still a lot of social conservatism at CPAC, and that doesn’t appeal to as many millennials.”

The conference also saw a throng of some of the most prominent figures in conservative politics speak. Speakers Friday included Trump and Republican presidential candidate Carly Fiorina. Vice President Pence and Kellyanne Conway, counselor to the president, spoke Thursday.

Veitch called Trump’s speech Friday “a mixed bag” — having aspects he did agree with and others he didn’t.

“It was unsurprising that he had the crowd on their feet, including myself,” he said.

The administration has called for sharp increases in military spending, with Trump stating “our military is more important to me than a balanced budget.” The White House is also looking to lower taxes During Pence’s time as Indiana’s governor, he eliminated the state’s inheritance tax and lowered income and corporate taxes.

In terms of veteran care, while Trump’s initial Jan. 23 executive order froze hiring in the federal sector, a follow-up statement Jan. 25 clarified the order exempted “anyone it deems necessary for public safety, including frontline caregivers,” according to The Washington Post.

[[Read more: Donald Trump took office one month ago. A lot has happened since.]]

During his speech, Trump also referenced the “dishonest media” repeatedly, calling news outlets the enemy and accusing them of making up sources. Recently, the White House selectively blocked certain outlets, including Politico and The New York Times, from attending briefings with White House Press Secretary Sean Spicer. Members of the press were also blocked from Trump’s D.C. hotel during inauguration week.

Veitch said Trump sometimes has a hard time saying what he means, and the attacks on the media early on in the speech were uncalled for and “very reflective” of his presidential campaign.

Friedman said she considered Trump’s speech “the highlight” of the conference.

“The most memorable part was listening to the president speak. Regardless of who it is,” she said.

Veitch said he plans to attend the event next year, noting that it’s a tradition of the group.

“My hope is that we an see more discussion on the spectrum of conservatism,” he said, adding conservatism has different variations that should be addressed more directly. “We don’t want to be told what’s right, we want the ability to determine what’s right for ourselves.”