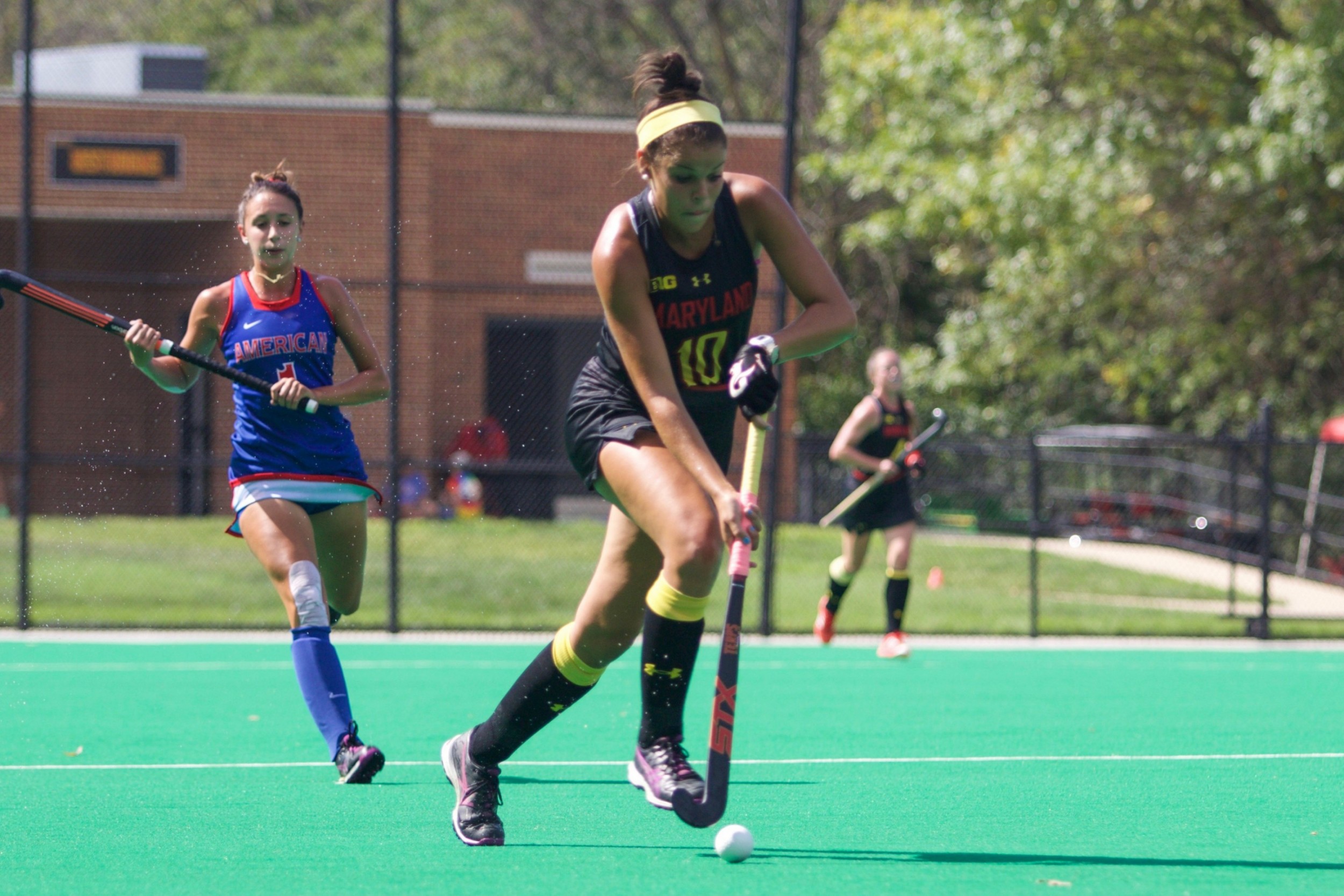 When Linnea Gonzales was in middle school, she often watched the way then-Maryland field hockey forward Katie Bam attacked the net. In particular, Gonzales, now a Terps forward, admired a goal Bam scored against North Carolina, when she faked a shot before depositing the ball into the left corner of the net.

Gonzales went home that day and attempted to replicate the move.

This year, Gonzales has received first-hand training from Bam, now an assistant coach for the Terps. They’ve worked on one-on-one goalscoring approaches — a training focus that has led to on-field improvement.

Gonzales has emerged as a consistent offensive threat for a team that lost its two leading scorers from last year. She recorded a goal in Maryland’s first two NCAA tournament contests, earning the Terps a spot in the final four in Louisville, Kentucky. Maryland will face No. 3-seed Michigan on Friday night.

“Linnea Gonzales, she’s a world class player,” coach Missy Meharg said. “She’s a very quiet leader. She is training harder every day than she has since she’s been at Maryland.”

During practices, Bam spoke with Maryland’s attackers about “tight skills in the circle and just getting the ball off.” Maryland has maintained that approach since the end of September, when Meharg urged her forwards to generate more offense.

In the 23rd minute of Saturday’s 2-0 win against No. 12 Wake Forest, Gonzales scored her eighth goal of the year from the middle of the circle.

Late in Maryland’s win against Duke on Sunday, Gonzales capitalized on Blue Devils goalkeeper Sammi Steele’s diminutive size with a shot from the right side of the circle. She tucked the ball into the upper-right corner of the net to score what proved to be the game-winning goal.

“She will go on and play for the [U.S.],” Meharg said. “I’m confident for her. The thing about Linnea that is so special is she leads herself.”

Gonzales has joined midfielder Lein Holsboer as a leader on Maryland’s offense. Gonzales’ nine scores are second behind Holsboer and defender Bodil Keus’ 11. She’s one of five Maryland players to start each of the team’s 21 games and has recorded two assists and 20 points.

Entering Friday’s matchup with the Wolverines, Gonzales is one goal shy of her total from last season. With an effective game plan from her childhood idol, she could surpass that mark.