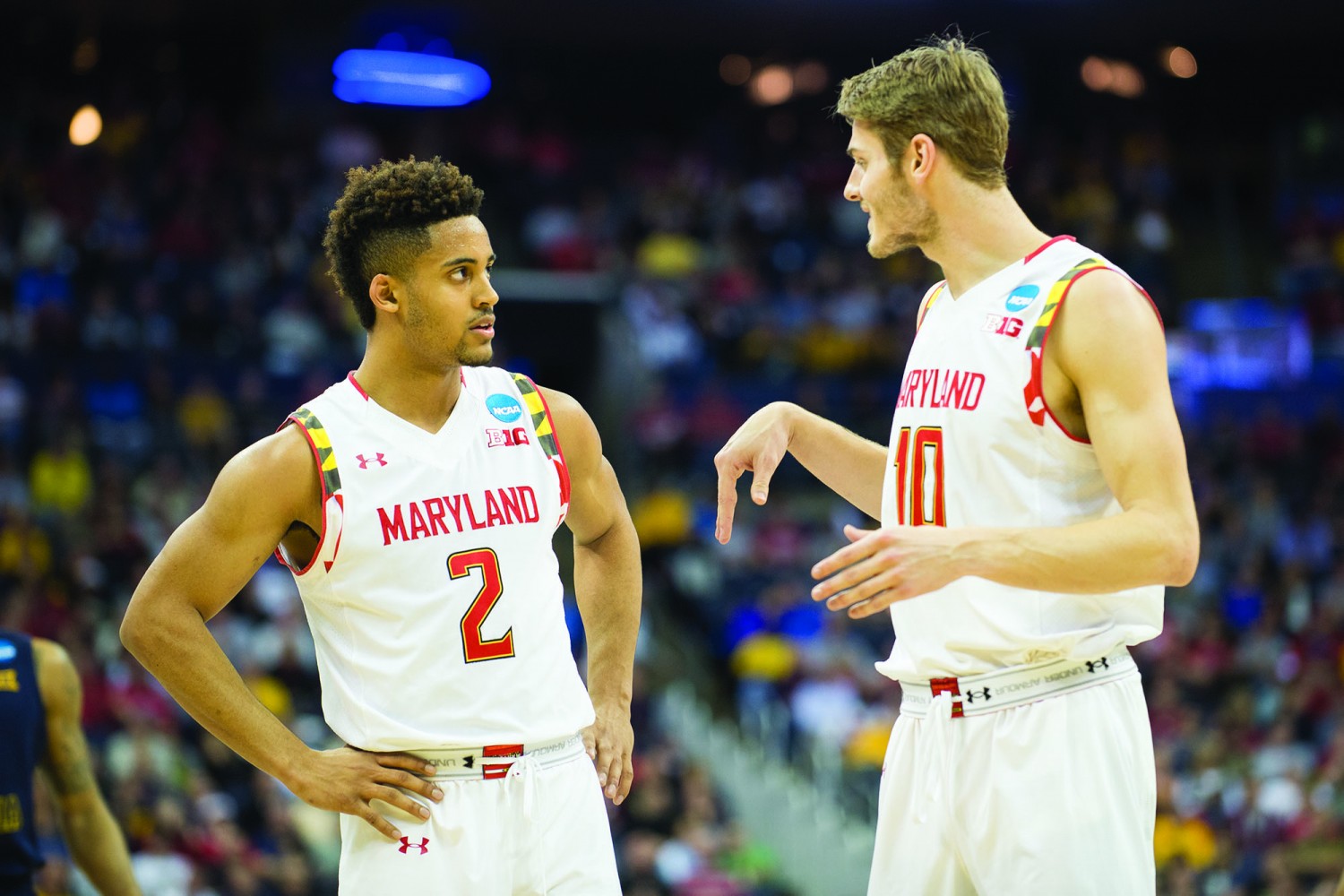 During each of Melo Trimble’s three years in College Park, Maryland men’s basketball earned a spot in the NCAA tournament. But the Terps will likely need to win out if they want to make the cut this year — and they’ll try to kick off that winning streak with their former star in the house.

Trimble, along with Jake Layman, will be in attendance for Maryland’s game against Rutgers on Saturday night:

It’s the second time in as many months that a Maryland legend has come to Xfinity Center — Greivis Vasquez was in the stands for the Terps’ matchup with then-No. 6 Michigan State on Jan. 28.

Maryland didn’t win that game, of course, but the Spartans are one of the top teams in the country, and the Scarlet Knights are the Scarlet Knights. With the presence of Trimble — who averaged 15.9 points, 3.9 assists and 3.7 rebounds over his 104 games in College Park — the Terps should have an added boost.

And Layman coming back should help even more. The Portland Trail Blazers forward put up 10.2 points and 4.8 rebounds in 141 games as a Terp, and he’s become something of a cult hero among Maryland fans thanks to his sporadic great performances in the NBA.

Having two teammates from the Terps’ Sweet 16 run back in College Park is sure to pump up the Xfinity Center crowd. Mark Turgeon’s team has gone 14-2 at home this season, and while the odds of a fourth straight trip to the big dance are pretty slim, Maryland will still be going hard against Rutgers.