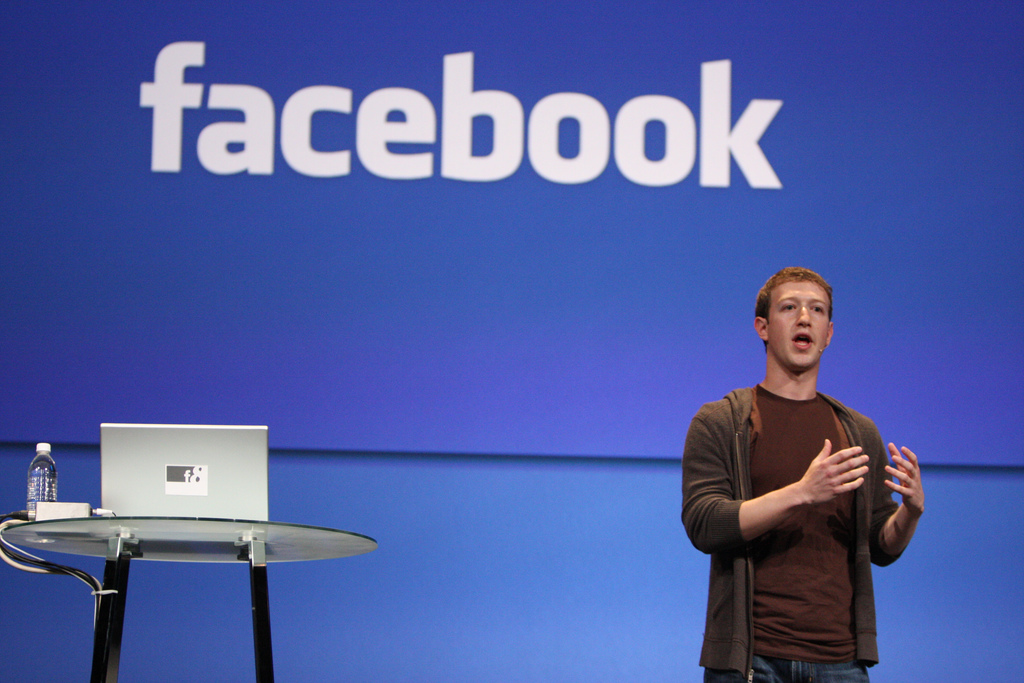 Last week, Facebook founder Mark Zuckerburg said the fake news circulating his platform did not have an impact on the election of President-elect Donald Trump.

On Last Week Tonight, comedian John Oliver said it did.

“There is now a whole cottage industry specializing in the hyper-partisan, sometimes wildly distorted clickbait,” Oliver said, before pointing out that these sites can have as many likes on Facebook as reputable news sources.

Zuckerburg said he never intended Facebook to become a media company, but he most certainly created a news platform. According to Pew Research Center statistics from May, almost half of Facebook users get their news from Facebook, and of the people who get news from social media, 64 percent look at just one site — and then circle back to Facebook.

Zuckerburg argues Facebook isn’t subject to fact-checking scrutiny because the social media platform is a source of news, but does not create it itself. Before social media, this concept was virtually impossible.

In May, The Guardian leaked internal guidelines for Facebook’s Trending feature that put the company in hot water. Researchers have said for years that Facebook’s algorithms keep people in a bubble of reading only what they want to hear with articles and topics that confirms their beliefs.

Zuckerburg has denied this, even as recently as July.

“The results of our research that show that Facebook is actually, and social media in general, are the most diverse forms of media that are out there,” he said about the bubble effect.

But it seems Zuckerburg is the isolated one. Fake news does exist, and it’s often very well disguised. Many stories take real or partially real events and morph them into polarizing sound-offs.

In one example from Prntly.com, the headline reads “Sorry Liberals. Donald Trump actually WON the popular vote. NEW UPDATE.” The small text below offers a sneak peek at the update: The information is from a CNN speculation on the evening of election night and has since been removed. But the link doesn’t open to a real article and the headline hasn’t been changed. In fact, the person who shared this article did so two days after the election when contrary information was already common knowledge.

Zuckerburg maintains people voted for Trump because they were unhappy with the current system, and a Facebook article or two wouldn’t change that. But he’s being naïve. Articles like “Florida Governor Busted Trying to Toss Thousands of Mail-In Ballots” by Health Nut News, only reinforced Trump’s cry that the election was rigged. These articles may be fake, but the number of people who are going to stop, read and evaluate is far fewer than those who process the headline subconsciously as they scroll.

Of course people will believe thefederalistpapers.org’s “Woman who Claims Trump Assaulted Her at Age 13 MADE IT ALL UP” if the candidate is saying the same thing. Oliver pointed out that Trump’s own assertions and tweets simply fed the cycle.

“Weird conspiracy bullshit has always been bubbling under the surface, but Trump was the first major candidate to harness and fully legitimize it,” Oliver said during his show. “Trump routinely used his platform to share widely incorrect information.”

And as for Facebook’s role, Zuckerburg announced the site will begin to cull the crap out of news feeds. Despite what he says, his actions prove he has learned the hard way that Facebook cannot be both a primary news source and a free-flowing stream of social media. It’s the reason why news outlets hire journalists with credibility and experience — to make sure that people don’t have to wade through a cesspool of toxic falsehoods to find vital information.