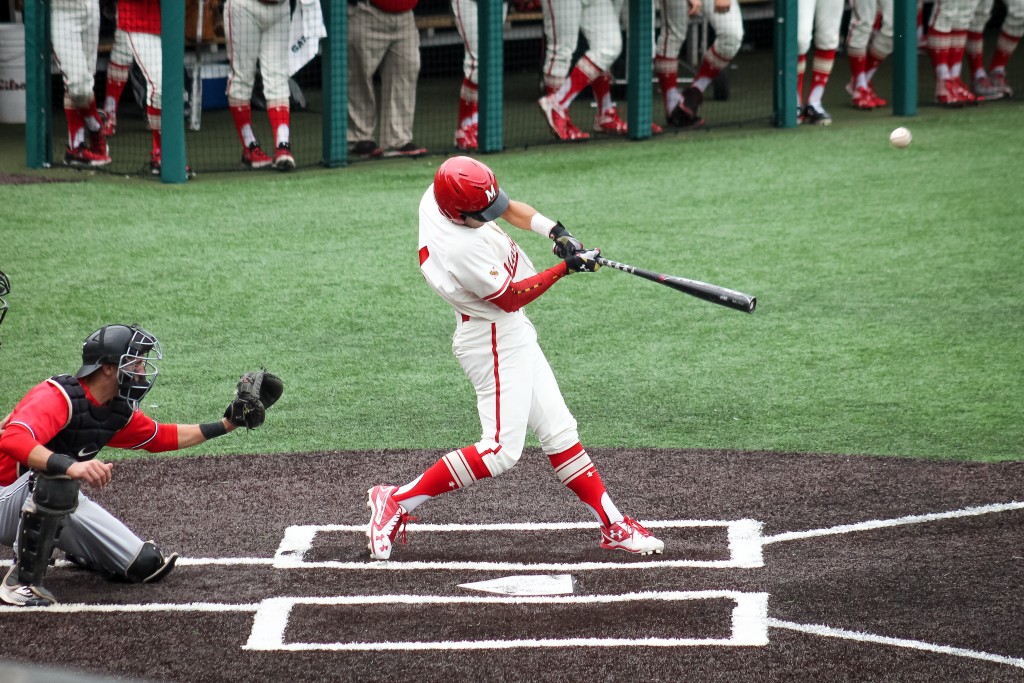 After exiting Sunday’s win over Princeton with an undisclosed injury, Gum sat out during both contests against the Hawks. So, during Maryland’s batting practice, he filmed Smith’s swings and reviewed them afterward.

“My direction was just off,” Smith said. “[It was about] where the barrel was going, a directional issue. It made sense why I was struggling. [Gum] made good points we tried to fix in BP.”

The junior shortstop’s transformation is notable given his early season struggles. Smith, who has seemingly emerged as the face of coach John Szefc’s program after right-hander Mike Shawaryn’s departure, opened the season hitting in the bottom third of Maryland’s lineup. In the Terps’ loss to Louisville in Clearwater, Florida, he struck out five times.

But Smith led the Terps’ comeback attempt in their 10-7 loss to the Hawks on Tuesday, launching home runs in the fifth and sixth innings to close the gap. In Wednesday’s 10-6 win, his three-run dinger during Maryland’s four-run fifth inning gave it the lead for good.

“He’s playing with confidence,” Szefc said. “He’s been around the block a little bit. He’s one of our best guys. It doesn’t really surprise me.”

Rescigno lasted just an inning and allowed six runs in his first career start,while Stiles pitched 2.2 innings in his first start of the season. Still, the offense, led by Smith, scored a combined 17 runs.

“It’s hard to outscore them in their own park,” Szefc said. “[Wednesday] was a matter of minimizing damage and stranding runners. We didn’t give up a big inning. That was the difference.”

Before every game, Smith the Terps discuss how they’re going to “get our seven [runs].” In both contests, they reached that mark. But Wednesday, Smith’s power ensured they scored enough to earn their first road win of the season.

“Just seeing pitches a little bit better this weekend,” Smith said. “The big thing was just not trying to hit singles any more, trying to get a ball you can drive and do some damage in the gaps with.”