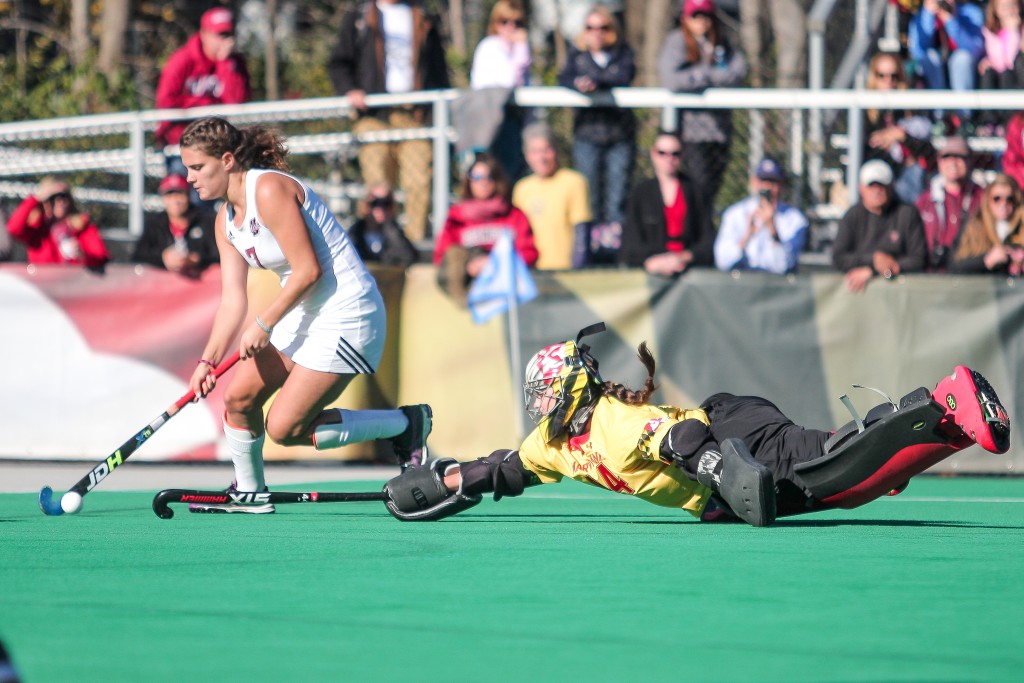 Maryland field hockey goalkeeper Sarah Holliday was named the Big Ten Defender of the Week on Tuesday after making 10 saves in the Terps’ 4-3 win over Duke on Sunday.

“She kept us in the game. She had some huge, huge saves,” coach Missy Meharg said. “We had a couple of breakdowns … but she’s tenacious and she is a tough, tough goalie, and she has the experience with Duke, even from last year in the quarterfinals.”

Holliday was the team’s starter last season but has been splitting time with Noelle Frost this year. Frost played in Maryland’s win over Boston College on Friday before Holliday faced the Blue Devils.

Meharg said she’s planning on naming a permanent goalkeeper at some point in the year, but the current platoon has produced wins. The team is 5-0, off to its best start since 2013 and moved up to No. 3 in the rankings entering home contests against No. 12 Delaware and No. 17 Harvard.