College Park has a new music venue and food hall 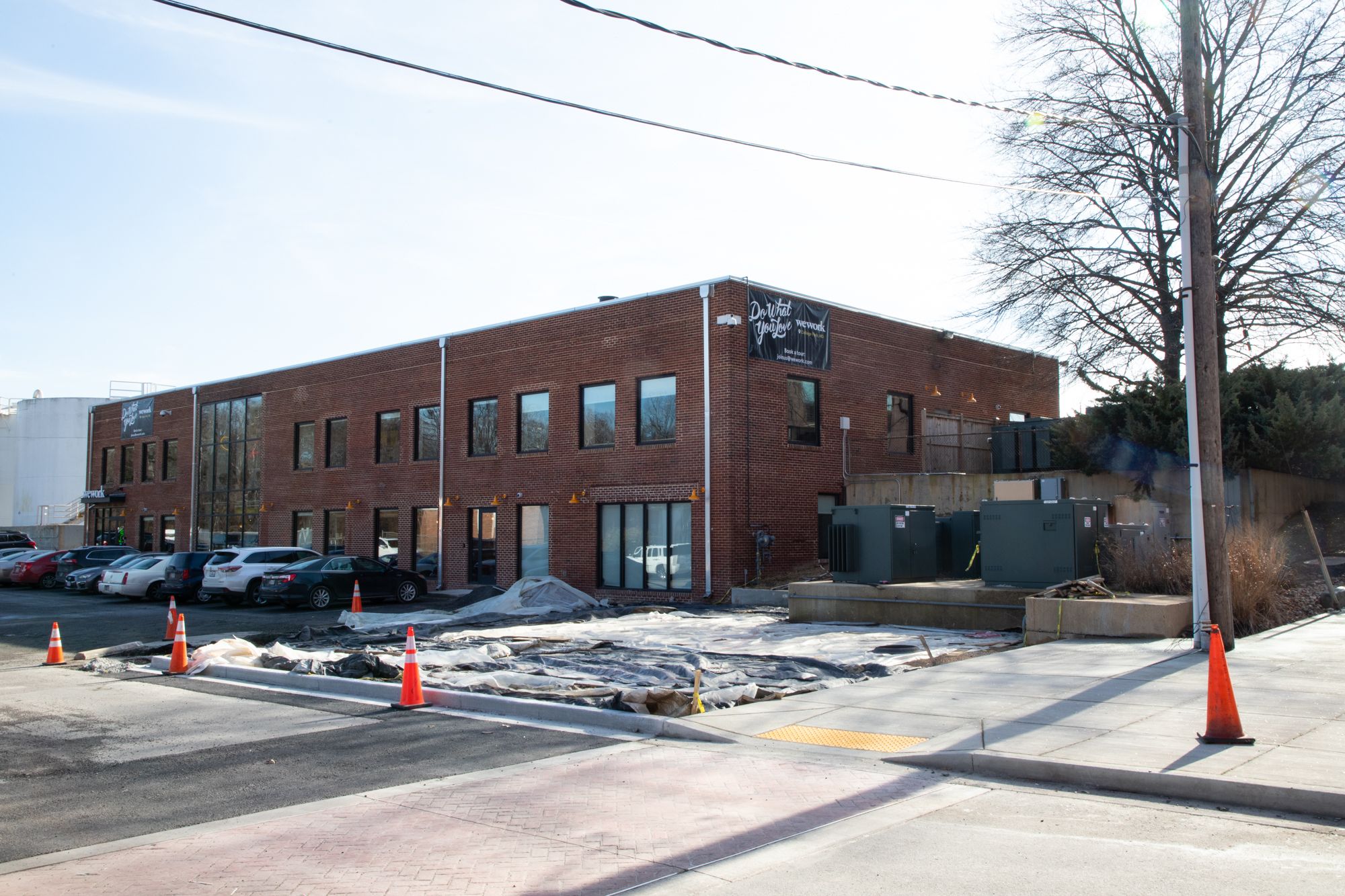 Ground was broken for College Park's new music venue, the Hall CP, located near The Hotel at the University of Maryland. (Evan Kramer/The Diamondback)

A new music venue and food hall is expected to open in College Park’s Discovery District this summer.

The food hall, called the Hall CP, is located near The Hotel at the University of Maryland and will feature a large dining room, restaurant, music venue and rehearsal and performance spaces. The facility will also house equipment for caterers, restaurateurs and food trucks to use for events.

“That’s the vibrancy that you want to become known for,” Olson said. “That’s what draws people to locate their businesses here, put down roots here, live here and work here.”

The project is spearheaded by Scott Plank, the founder of developer War Horse Cities and brother of Under Armor founder Kevin Plank. It’s an attempt to unite local entrepreneurs and artists, according to the company’s website.

“I think it’s a new and exciting place for people to gather, collaborate and work together to innovate,” Mayor Patrick Wojahn said. “It will be an opportunity for entrepreneurs to meet and work together and think of ideas.”

Ryan Chelton, College Park’s economic development coordinator, said construction on the 12,000-square-foot indoor and outdoor complex is expected to be completed in June or July. Chelton said the new business will add variety to the developing Discovery District, a more than 150-acre area around The Hotel.

The venue is one of several new construction projects to join the city as part of College Park’s efforts to become a top-20 college town by 2020. In 2017, The Hotel opened and was soon followed by a WeWork and Capital One Innovation Lab in 2018, with a slew of new restaurants and niche fitness studios such as Orangetheory Fitness following shortly thereafter.

Yuxiang Lai, a freshman studio art major who plays clarinet in the University Band, is excited about the new music venue.

“Since it’s a relatively new stage, I would assume it would have very local and small artists,” Lai said. “I want to support their work.”

Daphine Henderson, a junior double bass performance and voice performance major, is excited for an opportunity to showcase her talents in a new venue.

“There aren’t a lot of receptive music venues around the College Park area,” said Henderson, a self-taught classically trained musician.

Since coming to this university, Henderson has performed and attended concerts at MilkBoy ArtHouse, a performance venue on Route 1.

MilkBoy offers a variety of intimate music concerts from local and popular musicians, and aside from this university’s Clarice Smith Performing Arts Center, it currently stands as the only music venue in College Park. That means the Hall CP could create competition.

Martin Wollesen, The Clarice’s executive director, said a rivalry could benefit the community and help the city evolve into an entertainment hub.

College Park, Wollesen said, offers an artistic community that is seemingly nonexistent across Maryland and in Virginia.

“We are on our way to be the next really interesting, artistic, creative community,” Wollesen said. “Not really the next, but maybe even the first.”