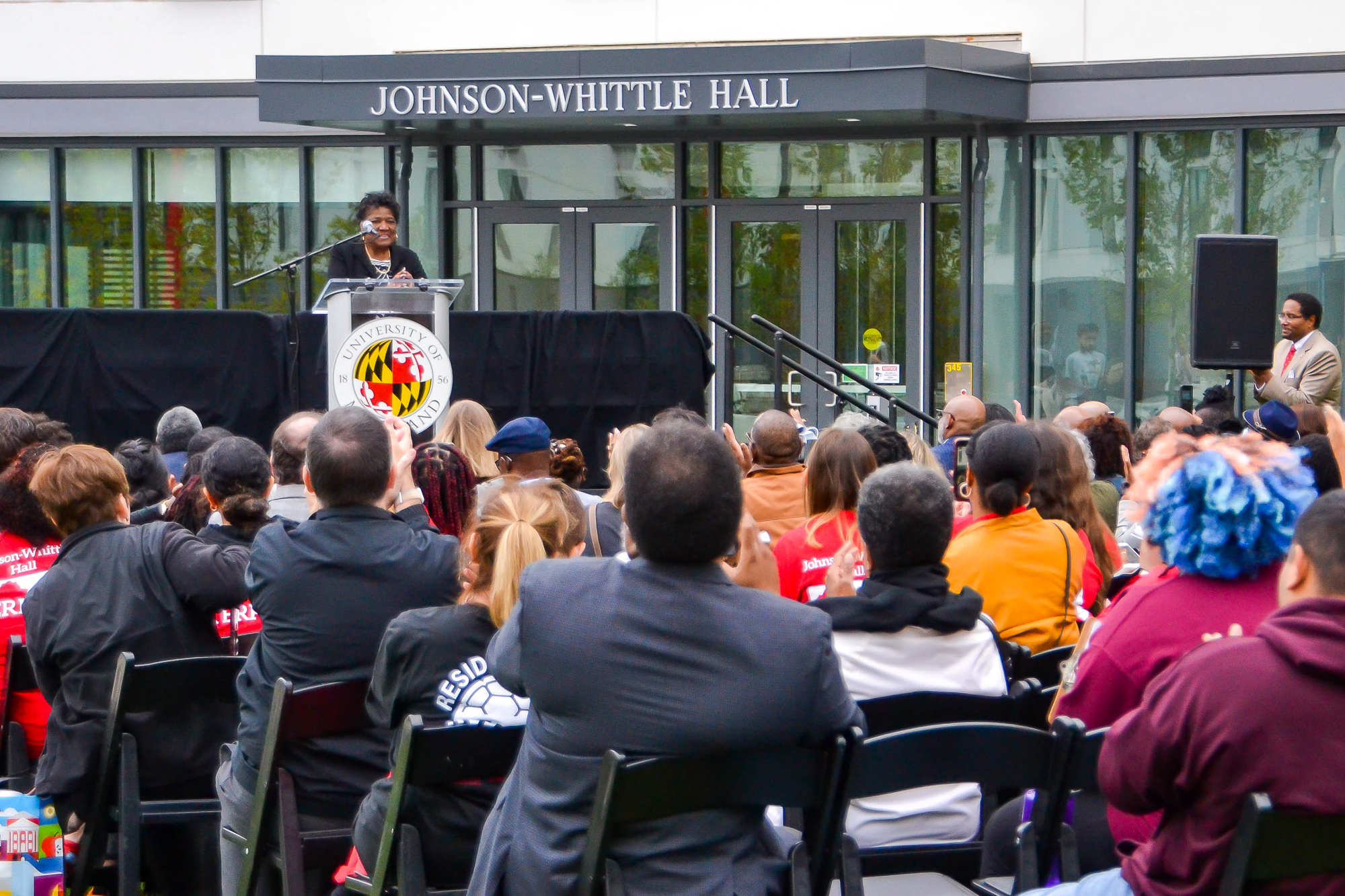 The University of Maryland community gathered at the newly opened Johnson-Whittle dorm for its building dedication Friday.

Members of the Johnson Coates and Whittle families including Johnson Coates herself and Glenise Whittle, Hiram Whittle’s niece, joined university employees and Johnson-Whittle Hall residents to mark the occasion.

University President Darryll Pines thanked Johnson Coates and Whittle for their work in desegregating this university.

“Thanks to these two trailblazers, the university is the most diverse in its history,” he said.

Pines mentioned the new Heritage Community — which Johnson-Whittle Hall is located in — is representative of the progress the university has made.

The university has traditionally named dorms after counties and county seats, according to Pines. Breaking from tradition and naming a dorm after two pioneers is emblematic of the way which they broke from tradition, he said.

Junior government and politics major and Residence Hall Association President Scott Cronin emphasized the importance of remembering the “shameful reality” of segregation at this university.

Cronin noted his own great grandmother graduated from this university about 20 years before Johnson Coates was granted admission.

“The stories of Hiram Whittle and Elaine Johnson Coates will stand the test of time,” Cronin said. “This hall being named in their honor is only a small part of their legacy.”

Johnson Coates thanked the university community and the late Whittle, saying she “stood on his shoulders” to break ground for Black students at this university.

Whittle, who died in 2021, left the university before completing his degree. He received an honorary degree in 2020.

The alum said she had no idea of the impact she would leave on the university when she first started attending in 1955. Her class had just seven Black students, and she was the only one to graduate.

“I never would have imagined in 1955, when I walked onto this campus, or in 1959, when I walked off with my degree in hand that anyone here would ever speak my name again,” Johnson Coates said. “I knew I had succeeded, but I did not realize the significance of my journey.”

Johnson Coates said the diverse student body and the talent of university leadership make her proud of her alma mater. In fall 2021, 47 percent of the undergraduate student body were members of “underrepresented minority” and “minority” groups, according to data from the University System of Maryland.

“To be perpetually remembered with brick and mortar is beyond anything I could ever dream,” Johnson Coates said.

Glenise Whittle said naming a dorm after her uncle is a big deal, because she witnessed the struggles he went through, being harassed by students and professors.

She said she often wondered what specific problems he faced such as how many times others had pushed him just because he wanted to get a good education.

To Whittle, it wasn’t her uncle’s personality to seek attention for his accomplishments.