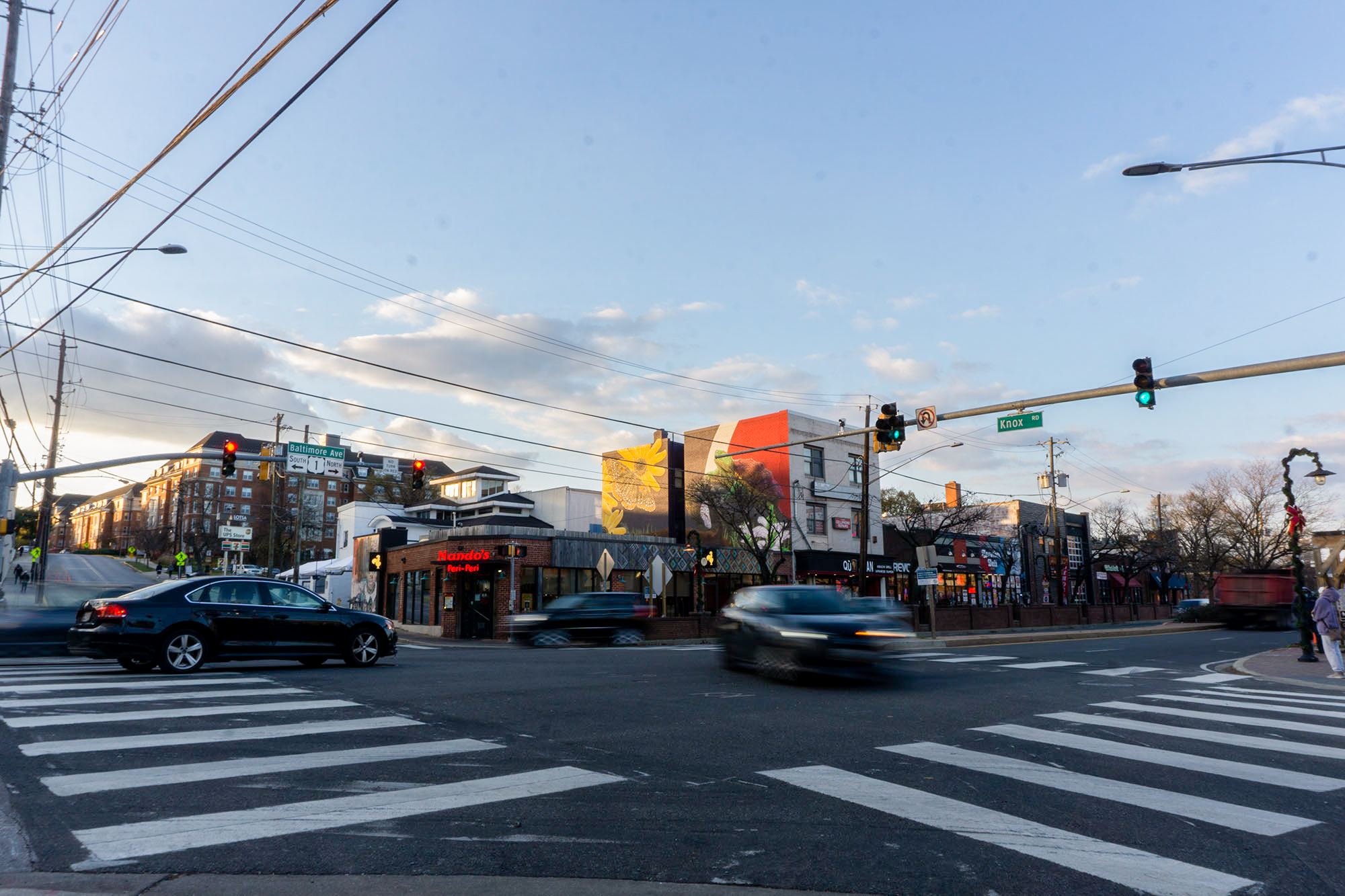 The intersection of Route 1 and Knox Road on Nov. 23, 2020. (Taneen Momeni/The Diamondback)

The University of Maryland’s shuttle system earns a lot of hate, especially from me. I found the old app to be annoyingly inconsistent, I constantly waited for buses that never arrived on time and the stops are becoming increasingly limited.

Throughout my years of experience using the Shuttle-UM buses, I can recount more instances where it failed me rather than helped me. Once, my friend and I got held back almost an hour after two buses got stuck next to each other. Shuttle-UM is a vital resource for both on and off-campus students, yet it doesn’t work in the way we, the students, need it to.

Hate the buses all you want, but you should know the real enemy. The hidden menace behind our transportation issues is not the buses themselves, but the means in which they carry us. The problem is the College Park roads. It’s obvious the transportation infrastructure is in dire need of fixing. The bumpy and uneven roads make the already crowded lanes of Route 1 and other main roads even more congested. In turn, this affects all other forms of transportation students use. Pedestrian sidewalks are typically just as uneven. They can also sometimes be extremely narrow, and often situated dangerously close to crowded lanes of vehicle traffic, making walking difficult and dangerous. Most streets in and around the campus still lack bike lanes, leaving bikers stuck between two bad choices: sidewalks or the road.

While the university launched its new and improved Shuttle-UM bus app, it still neglects the real issue. A faster bus app does not necessitate that the buses themself arrive quicker, especially when they get caught in the winding curves and the narrow roads that surround the campus.

The problem that faces our bus system is bad roads. Roads are so narrow, they hardly fit buses. Roads are bumpy with uneven asphalt that desperately need to be repaved. Roads are consistently crowded from traffic coming directly from the university and nearby highways, which then aggregate together on important roads such as Route 1 and University Boulevard. This is the problem, and it’s about time measures are taken to amend it.

If College Park wants to improve mobility for students and city residents, then fixing the roads in and around the campus must be its first priority. By fixing the roads to encompass more vehicles, bikes and pedestrians, students will have greater access not only to different parts of the campus, but also the greater College Park and Washington metro area. By making it more accessible and easy for students to leave the campus and explore the surrounding area, the overall College Park community culture will be improved, and the local economy will likely benefit as well.

The City of College Park has already introduced various initiatives — such as the Complete and Green Streets Policy — that are aimed at fixing the transportation infrastructure and furthering urban development. These plans prove beneficial to public transportation, with bigger roads that incorporate sidewalks and bicycle routes.

More than six years have passed since the introduction of such an initiative, however, and no further projects or initiatives have been taken by the city or the university aimed toward fixing other important traffic routes around the campus. We need more investment in transportation infrastructure projects from the city and university before a tangible change can improve the efficiency of our bus systems.

The University of Maryland is aimed toward the future, constantly trying to improve and develop to fit into the landscape of the fast-moving and unprecedented times we live in. With the university’s eco-friendly initiatives, various construction projects and even the engaging, academic environment, the future is becoming a promising and exciting prospect.

However, the university desperately needs a transportation infrastructure to match these growing changes. The city cannot tangibly improve in one area of transportation while neglecting another, and the roads on campus have been neglected for too long. More action needs to be taken and not just by the city. The city and the university both need to invest more into road initiative projects that help decongest crowded roads and fix the uneven streets. Only then can the bus system, an essential transportation route for students, operate at its fullest potential.