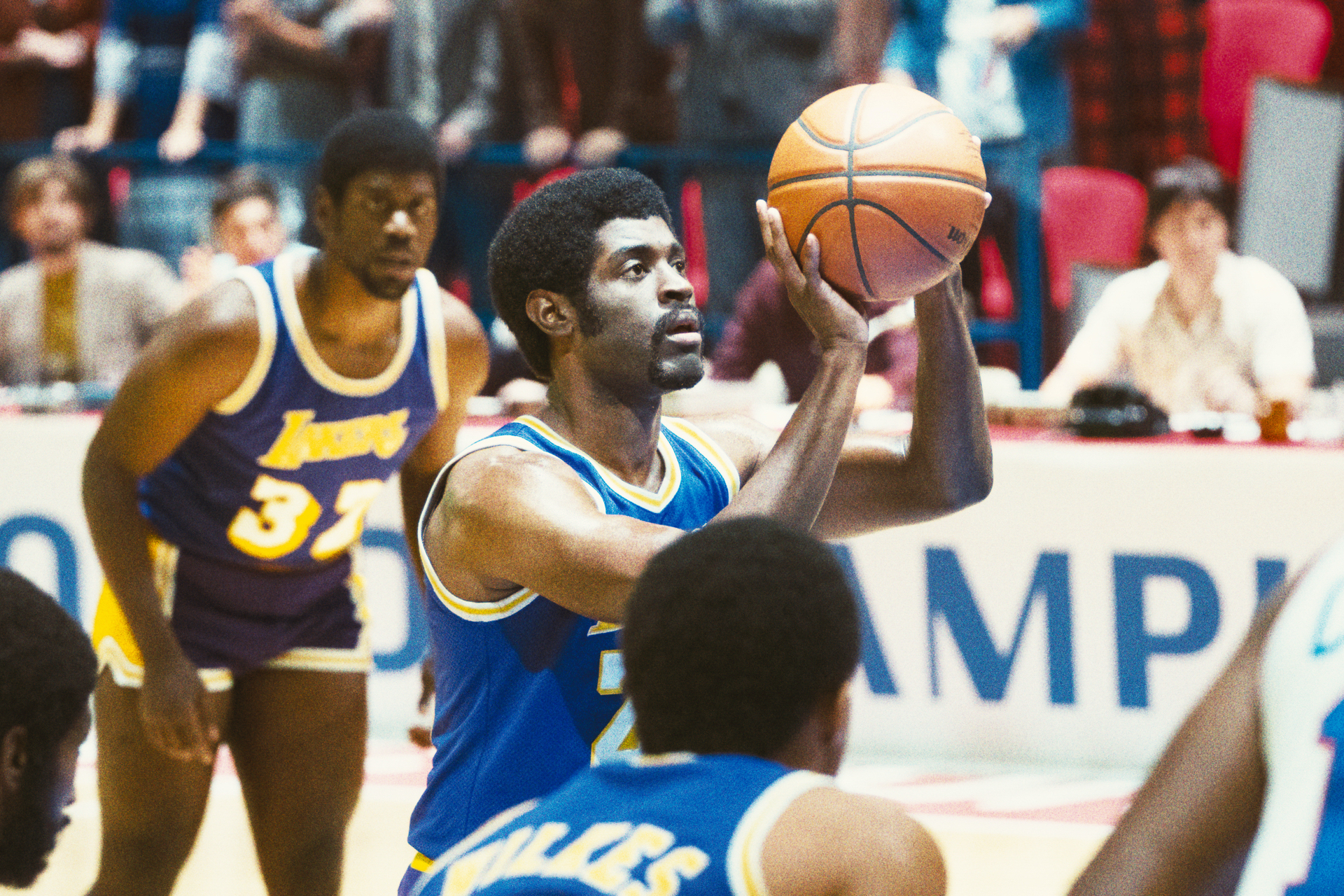 By Akshaj Gaur
For the Diamondback

“I wanted to work for Google. I wanted to get an internship with Google. And then when I graduated, I wanted to fly out to California and work for them,” Desouza said.

But six years later, Desouza isn’t at Google or another tech company. He isn’t even working in the computer science field.

Instead, Desouza is acting on the new series Winning Time on HBO. The show follows the rise of the Lakers basketball team in the 1980s, and Desouza plays shooting guard Michael Cooper.

While he might be a full-time actor now, his interest early in his life tell a different story.

A self-proclaimed “geeky” kid, Desouza’s early interest in video games and computers sparked a vision to be a software developer at a premier technology company. But what made Desouza a unique student at the Baltimore Polytechnic Institute was not just his computer building knowledge, World of Warcraft skills or even indoor track abilities — it was his role at the Arena Players community theater in Baltimore.

The oldest continuously operating African American community theater in the U.S., according to its website, the Arena Players theater was where Desouza received his first exposure to acting at the age of 14, where he was a part of productions such as Macbeth.

However, Desouza admitted that performing at Arena Players was just a hobby at that time, not a possible career trajectory. Instead, he continued to focus on his dream of becoming an engineer.

After graduating from the Baltimore Polytechnic Institute, Desouza was admitted into the University of Maryland enrolled in letters and sciences. A week into his first semester, Desouza switched to the computer science program, amazed by his prospects in the field.

“I think the thing about the CS program is that it just opens up your mind to so many different possibilities of what’s possible in tech,” Desouza said.

Along with his technological endeavors, Desouza continued his acting hobby at the university as a member of theater groups on campus. However, Desouza often felt limited in his theater ambitions because of one glaring issue: the lack of a theater minor.

With the rigorous computer science course load, a double major wasn’t practical for Desouza, despite his growing passion. As a result, Desouza’s interest in STEM and the arts continued to pull him in different directions.

But, this “push-pull”, as described by Desouza, between computer science and acting reached a breaking point after Desouza graduated from the University of Maryland. Working at the Division of Information Technology, Desouza was tasked with building web applications on the Testudo student portal.

However, this experience was not what Desouza envisioned when dreaming of working in the technology sector.

“My heart was in acting, and it was in something else. That’s when the scales balanced themselves in favor of acting and art,” Desouza said.

Scrolling through Actors Access, an online auditioning service, he found the role for Michael Cooper on Winning Time.

The rest was history.

Desouza passed the audition with flying colors, earning the role. Now, as a full-time actor, and with more acting opportunities in the works, Desouza reflected upon his time as a computer science student at this university.

“I think my time at Maryland and my CS journey was one of the best gifts I could have gotten,” Desouza said. “It taught me processes. It taught me systems. It taught me efficiency, but not even just, you know, with code … As an actor, I’m still going back to processes and systems like, ‘How can I make this scene better?’”

For other students considering a career change, Desouza said to follow your heart.