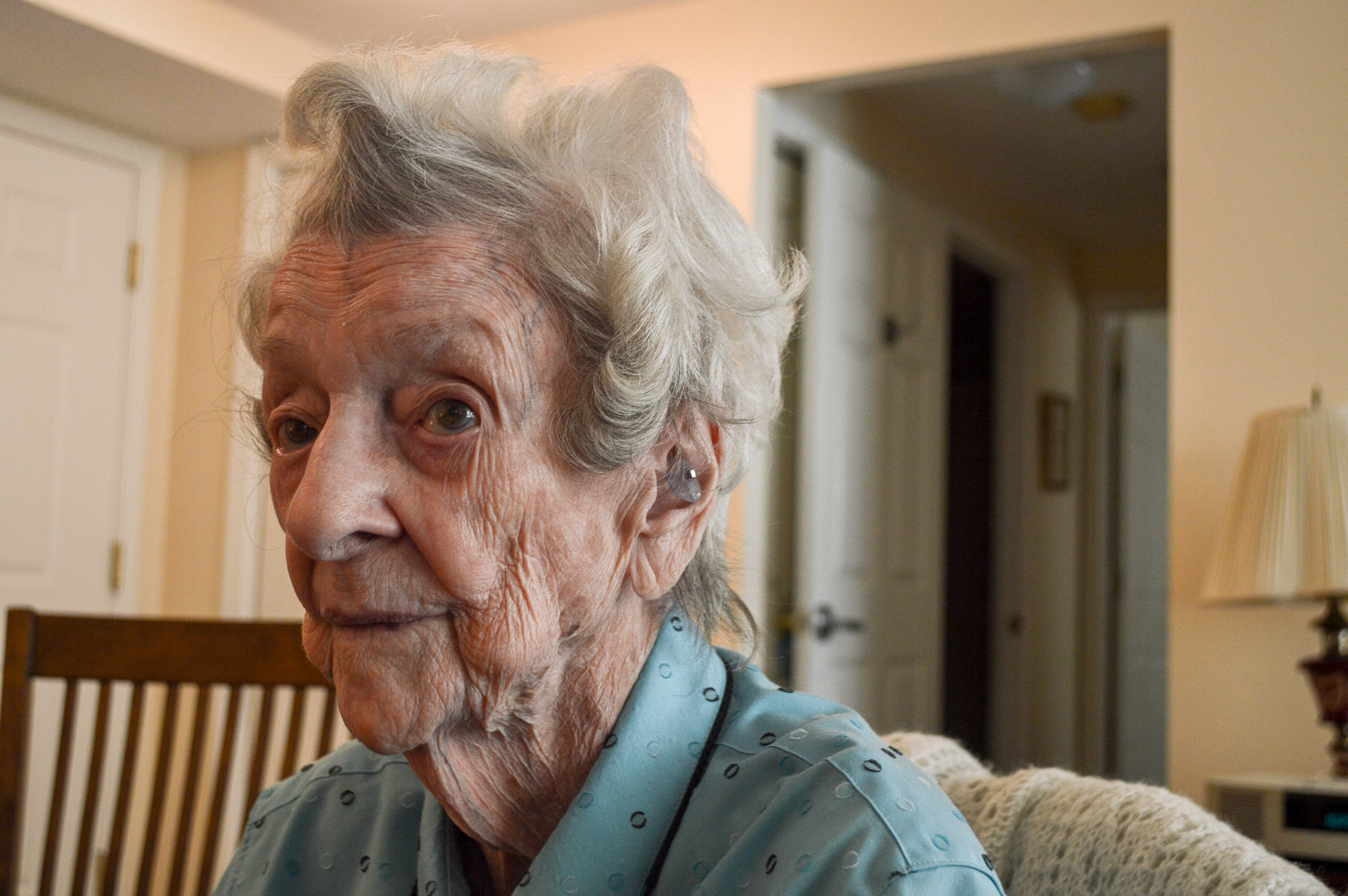 Janet Crampton, a University of Maryland alum that recently turned 106 years old, sits in her home at a senior living facility in Chevy Chase. (Giuseppe LoPiccolo / The Diamondback)

University of Maryland alum Janet Crampton turned 106 years old on April 3 and is the oldest resident at Brighton Gardens of Friendship Heights — an assisted living facility in Chevy Chase.

Crampton used to be women’s editor for The Diamondback 85 years ago. As a women’s editor, she would proofread every Saturday morning in Hyattsville.

Crampton was also a sorority member of this university’s Kappa Kappa Gamma chapter, which was founded in 1929 and officially closed on May 20, 1992.

As a student at the university, she met her husband, William Crampton. They got married in 1939 and bought a house together in Bethesda.

Crampton worked at The Diamondback but majored in dietetics. After graduating from this university in 1937, she became a dietitian at government cafeterias.

Crampton would go on to teach second grade and helped students between the ages of 4 and 5 learn to read at The Primary Day School in Bethesda. She taught for 51 years and retired when she was 96 years old.

“I enjoyed every minute of it,” Crampton said.

Her mother, who taught high school science, influenced her to become a teacher, Crampton said.

She doesn’t read The Diamondback anymore due to macular degeneration, an eye condition that causes central vision loss.

When she was two years old, Crampton lived through the 1918 influenza pandemic and remembered how she interacted with others during that time. Her experience with that pandemic is similar to her last two years living through the COVID-19 pandemic, she said.

Julie McCaffery, the director of admission at The Primary Day School, plays cards and catches up with Crampton every Tuesday.

McCaffery met Crampton when they were working at The Primary Day School. They were colleagues for about eight years.

“She actually taught my daughter how to read,” McCaffery said. “She loved working with kids.”

The pair retired around the same time, and McCaffery has been helping with Crampton’s medical needs ever since.

Teresa Adams, the activity director at Brighton Gardens of Friendship Heights, said for Crampton’s 106th birthday, many of her friends and neighboring residents celebrated with her.

Adams said Crampton made it clear that she wanted a vanilla birthday cake with chocolate icing.

Crampton is a very religious person and is always thanking God for giving her another day, Adams said. She also enjoys staying active with brain exercises and bingos, Adams added.

“[She is] just very remarkable,” Adams said. “She’s very kind [and] very appreciative of everything … [There’s] always a smile on her face.”