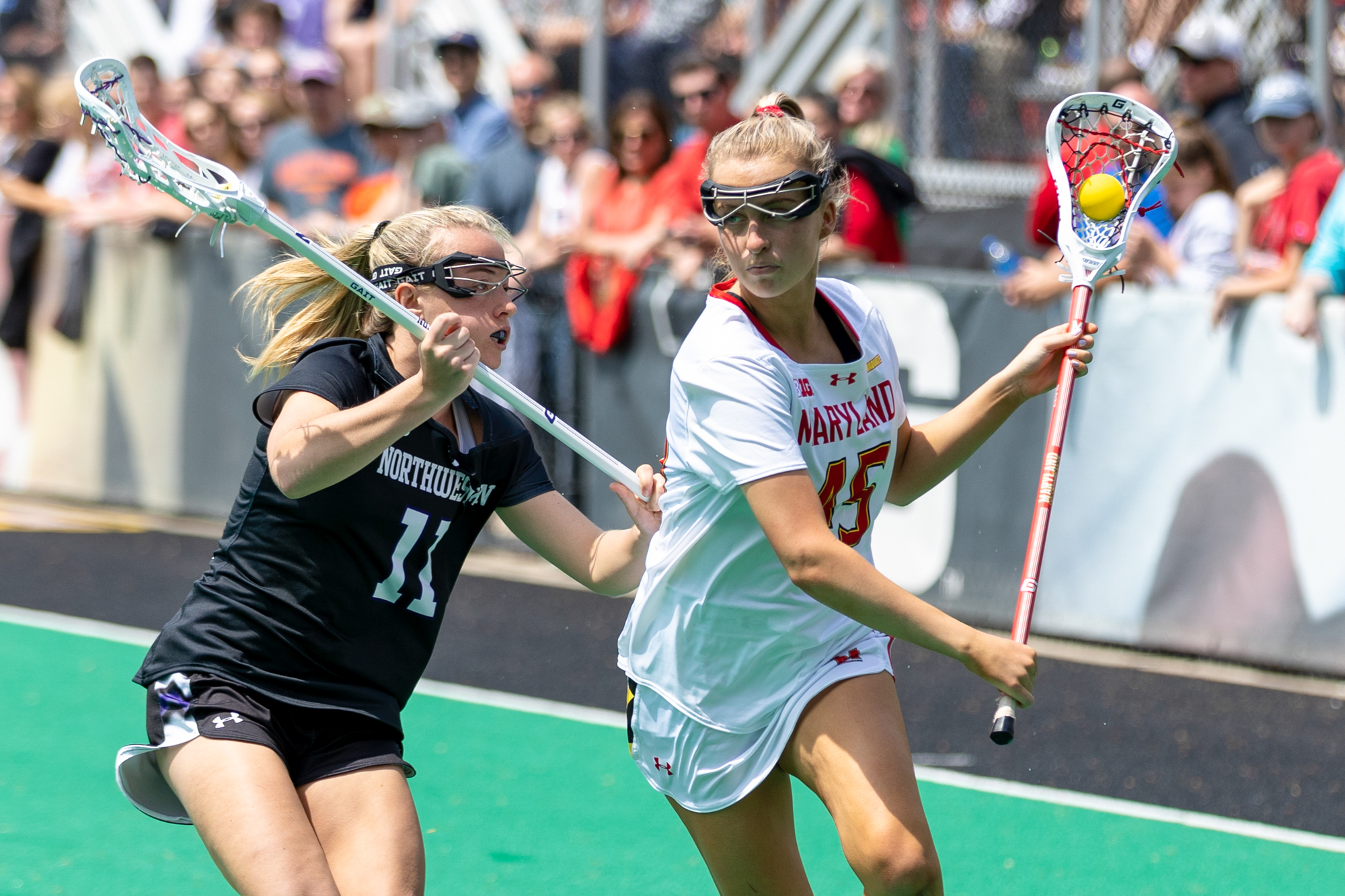 In her first home game as a part of Maryland women’s lacrosse, Aurora Cordingley was ready to make a statement for her new team in its battle against then-No. 7 Florida.

As the first quarter clock wound down, she scooped the ball up, darted around the back of the net before spinning around a Florida defender and flinging the ball in.

With the goal, Cordingley tallied a hat trick in the first period — setting herself up to register a career-high 10 points and her 200th career point at the end of the first half with an assist to Eloise Clevenger.

“I honestly had no idea. I was just so focused on the game,” Cordingley said of reaching 200 career points.

After transferring to Maryland for her final season of lacrosse, Cordingley has become an offensive ace for the Terps. She’s quickly made her mark on her team and has reached new levels of excellence.

Coach Cathy Reese always had her eye on Cordingley — and for good reason. The former Blue Jay tallied 182 career points in four years.

“She was somebody always at the top of our scouting report,” Reese said at the start of the season. “I knew that her playing style, her creativity, her experience with the Canadian national team, in addition to her experience at [Johns] Hopkins was going to make her a huge addition to our offense.”

Reese was right. Cordingley quickly became the offensive quarterback for Maryland, scoring five goals in her first game as a Terp. She didn’t slow down, collecting 22 points in her next three games.

For Cordingley, it was fun to hit the ground running early and play on an offense with seven different scoring threats for the first time in her career, she said.

A month after her first game in a Maryland jersey, Cordingley unleashed a new level of play against Villanova.

Racing toward the cage, Cordingley faked out a Villanova defender and hurled the ball in for her sixth goal of the game.

She closed out the day with an assist to Victoria Hensh for her 11th point, setting a new career high, just two weeks after her dominant performance against Florida.

“[Cordingley] had a tremendous game,” Reese said after the Villanova contest. “She’s a great player, but she gets it done both in re-defending, she shot well, she had some great assists.”

Cordingley has continued her scoring success throughout the season — she’s scored four or more goals in nine games so far this year.

A little more than a month after hitting 200 career points and two and a half weeks after the Villanova game, Cordingley hit another milestone against Georgetown.

In the third quarter, she launched her fifth goal of the day into the net— her 250th career point.

“Playing at Maryland, I’m surrounded by such amazing teammates, and they just make it easy for me,” Cordingley said.

“[Cordingley] did what she needed to do to kind of open up opportunities for other people,” Reese said.

Her two assists, despite being face guarded, brought the calmness and composure the Terps needed to overcome the Wildcats.

Cordingley’s skill as a feeder lifts up her teammates and gives them opportunities to score when she’s being guarded aggressively. Her most frequent partners have been Clevenger and Libby May, with nine assists to Clevenger and 14 assists to May.

“She’s helped, I think, a lot of us as players grow,” Clevenger said. “She’s just very composed and controlled and she opens up a lot of different plays for other people.”

With most of the attack squad experiencing their first full season of college lacrosse, Cordingley’s experience and leadership skills have been invaluable for the Terps.

Despite her short tenure on the team, Cordingley was named a 2022 team captain in the middle of March in recognition of her role as the leader of Maryland’s offense.

“She’s awesome and we’re lucky to have her,” Hannah Leubecker said. “Having her leadership out there is huge and we’re so blessed to have her this year and just love playing with her.”

Cordingley ended the regular season with her highest goals and assists per season. With 95 points, she’s on track to reach over 100 points during the Terps’ postseason run.

The Ontario native was unanimously voted to the All-Big Ten first team, nominated for the Tewaaraton Award and ended her college lacrosse career with her best season yet.

But for her, getting to play for Maryland is rewarding in itself.

“I didn’t really have any expectations coming in, but it exceeded everything that I thought it could be,” Cordingley said. “I really am just grateful for every moment that I’ve spent with my teammates, with these coaches and just, you know, playing the sport I love for another year.”