A post-pandemic economic recovery must include strong child care 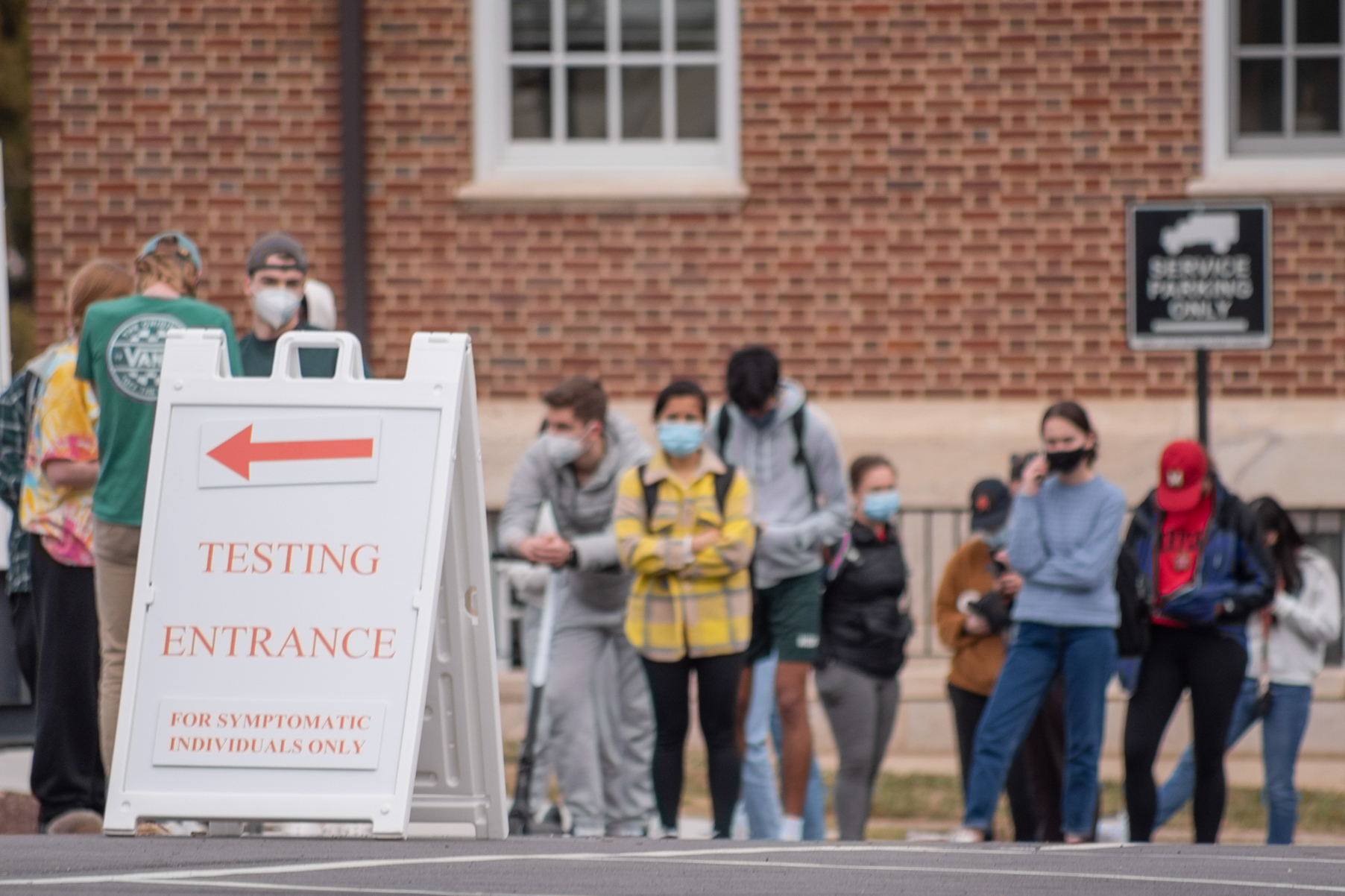 Students stand in line for rapid covid testing outside of the campus Health Center on Dec. 17, 2021. (Autumn Hengen/The Diamondback)

The COVID-19 pandemic has been a disaster on two fronts: public health and the economy.

The global economy has still not fully recovered from the initial devastating effects of the pandemic. One of the industries that has been most hurt in the U.S. is child care. The child care industry has seen a mass exodus of workers leaving the field during the last two years, and, by some estimates, lost one-third of its workforce at the pandemic’s outset.

Robust support for the child care industry is necessary to have a full economic recovery from COVID-19.

These hardships have had adverse economic effects far beyond the confines of the child care industry. As child care providers have been forced to close either temporarily due to COVID-19 cases in the classroom or permanently due to a lack of funding and workers, more parents have had to decide whether to leave the workforce to take care of their kids full time.

For many families, the lack of adequate child care has necessitated at least one parent stop working full time, so they can watch the kids. It seems more often than not that parent has been the mother, as, since the start of the pandemic, women have left the workforce at greater rates than men.

There are a few reasons why the child care shortage has affected women more. Many may point the finger at cultural stereotypes about women being in caretaking roles, but the gender wage gap probably also played a big role. The father is statistically more likely to have a higher paying position than the mother, and if one parent has to step away from work, then it is going to be the one who makes less money. If the child care crisis continues, it will exacerbate existing gender imbalances in the workforce. It is not just parents who need child care support. Child care workers are chronically underpaid — a major reason why so many have left the industry. They do not make close to a living wage in most states, including Maryland, leading many to leave for similar — but higher paying — jobs, such as teachers. Workers in all fields deserve a living wage, and this one is no exception. If the child care industry is going to bounce back from this downturn, they need to be able to retain their workers. Government subsidies need to make up the differences for child care providers who cannot afford to adequately compensate their workers because of economic hardships.

President Joe Biden has pledged to support funding for child care but at this point, his proposal is all but dead in the water, nominally due to concerns over its large price tag. This is a classic case of conservatives gutting something that will be economically sound long term over perceived “over-spending,” which really just means any money that will go to people who aren’t rich. Not only would this proposal help people, which should be reason enough, but it supports child care businesses. Opposing economic support and recovery packages like this betrays the fact that when conservatives say they are pro-business, they only mean big business.

This really should not be a controversial issue. Parents need to be able to work to support their families and to do that, they need to be sure their kids have consistent care. If the human aspect of parents needing their kids to be taken care of does not appeal to our leaders, then the economics of getting more people back to work certainly should. Child care should have been viewed as essential long before the start of the pandemic; in a post-COVID-19 world, it should be viewed as an absolute necessity for a robust economic recovery.