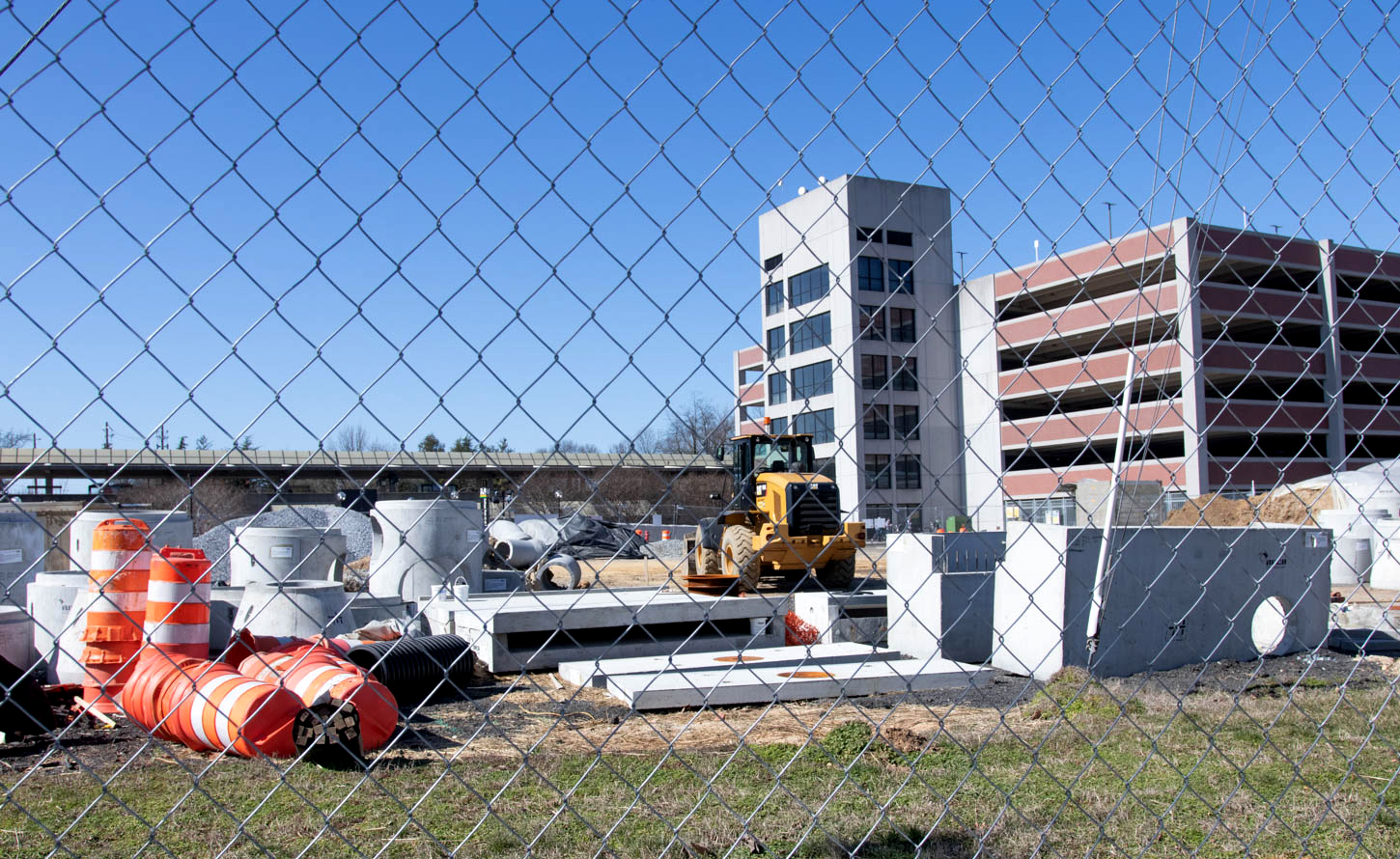 The construction lot by the College Park Metro on Feb. 22, 2019. (Richard Moglen/The Diamondback)

The development of the housing complex, called Atworth College Park, was first announced in 2018. It will contain ground-level retail space and 451 units reserved for tenants with incomes at or below 80 percent of the area median income, WMATA stated in a press release.

The Amazon Housing Equity Fund is providing $56.3 million in financing to Gilbane Development Company to start construction on the project, detailed the WMATA announcement.

Near the New Carrollton stop at the end of the Orange Line, a 291-unit development called The Margaux is being built. Amazon is providing $25.4 million to finance the construction. The Margaux will also be affordable for tenants making 80 percent or less of the area median income, according to the press release.

WMATA’s goal of the complexes is to provide transit-oriented housing for moderate to low-income families in the Prince George’s County area. Both developments are set to be completed by late 2023, according to WMATA.

“The projects underway at New Carrollton and College Park are transforming vacant land and parking lots into vibrant mixed-use commercial and residential destinations generating more riders and revenue for Metro, as well as new residents, businesses, and tax revenue for our local and state partners,” said Metro General Manager and CEO Paul J. Wiedefeld in the announcement.

The housing developments are the first time WMATA has worked with Amazon to receive financial support from Amazon’s Housing Equity Fund.