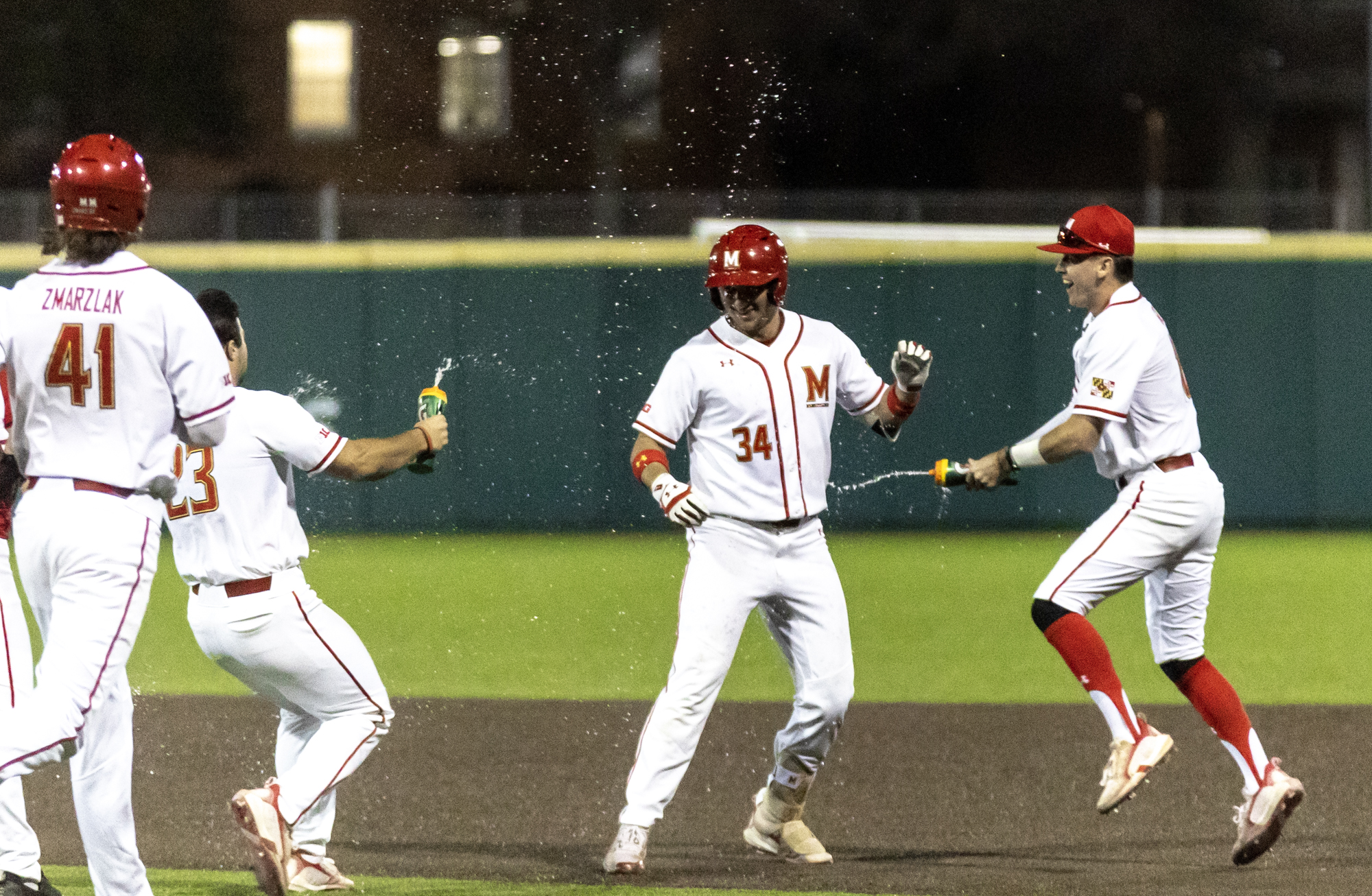 A 7-0 start puts the Terps in the history books, as does coach Rob Vaughn, who claimed his 100th win on Saturday.

The vicious pitching trio is the catalyst — pitchers Nick Dean, Ryan Ramsey and Jason Savacool have been nothing short of impressive.

Dean, particularly, has been elite. He’s one of three pitchers in college baseball with 14 or more innings pitched with no earned runs. Dean already has more than a third of his strikeout count from last season.

The junior pitcher said he spent his offseason getting stronger and changing his pitching mechanics — and it’s shown.

“With the breaking ball, when I could get back to throwing, I focused on switching up the grip a little bit and having a tighter spin to it,” Dean said. “Before, it was pretty loopy, and you could see it right out of the hand. Some big steps that way.”

Ramsey and Savacool have both shown quality as well. Savacool has punched out 16 batters, and Ramsey has quickly found his footing in a starting spot after being a quality reliever last year.

The pitching staff for Maryland has performed beyond the wildest optimism many could have prior to this season. A reasonable expectation was that Dean would continue to be above-average, Savacool would take further steps and Ramsey would show mortality in a starting role.

That hasn’t come yet. All three have gone beyond in their nonconference slate so far.

If you compare the trio to how the rest of the Big Ten is performing, it becomes apparent how unique they are. No other school has more than one pitcher with a sub-two ERA. The Terps have Savacool and Dean.

As a result, Maryland hasn’t needed to be flashy at the plate. The Terps scored under five runs in four of seven games, and cracks in their offense have been glued together with little pressure from opposing batters.

Although not the perfect model for long-lasting success, it gives their offense a chance to improve and settle in as they did last season. Losing Ben Cowles’ 18 homers from last year was going to inevitably show.

Something is to be said about Maryland’s stellar outfield as well. Troy Schreffler Jr. showed promise on the backend as he was introduced as a starter, Bobby Zmarzlak shined well over the weekend and Chris Alleyne remains a stalwart in the lineup.

One new addition has prospered in the clutch so far this season.

Nick Lorusso has pitched and hit the Terps to wins so far this season as the two-way player has proven valuable. Lorusso closed the first game against Baylor on the mound and later slapped a game-winning RBI against UMBC.

With all of the early-season developments this Maryland squad has shown off, it’s a wonder where its path ends. Last season, the Terps started slow and finished strongly with an appearance in the Greenville Regional final.

This year’s squad is clearly just as strong — the question is whether they’ve reached their full potential yet.

Time will tell. But this team has done nothing short of a surprise.

“This group has prepared themselves in a super professional manner for the past seven months,” Vaughn said. “The way they’re performing right now really isn’t a shock to me.”