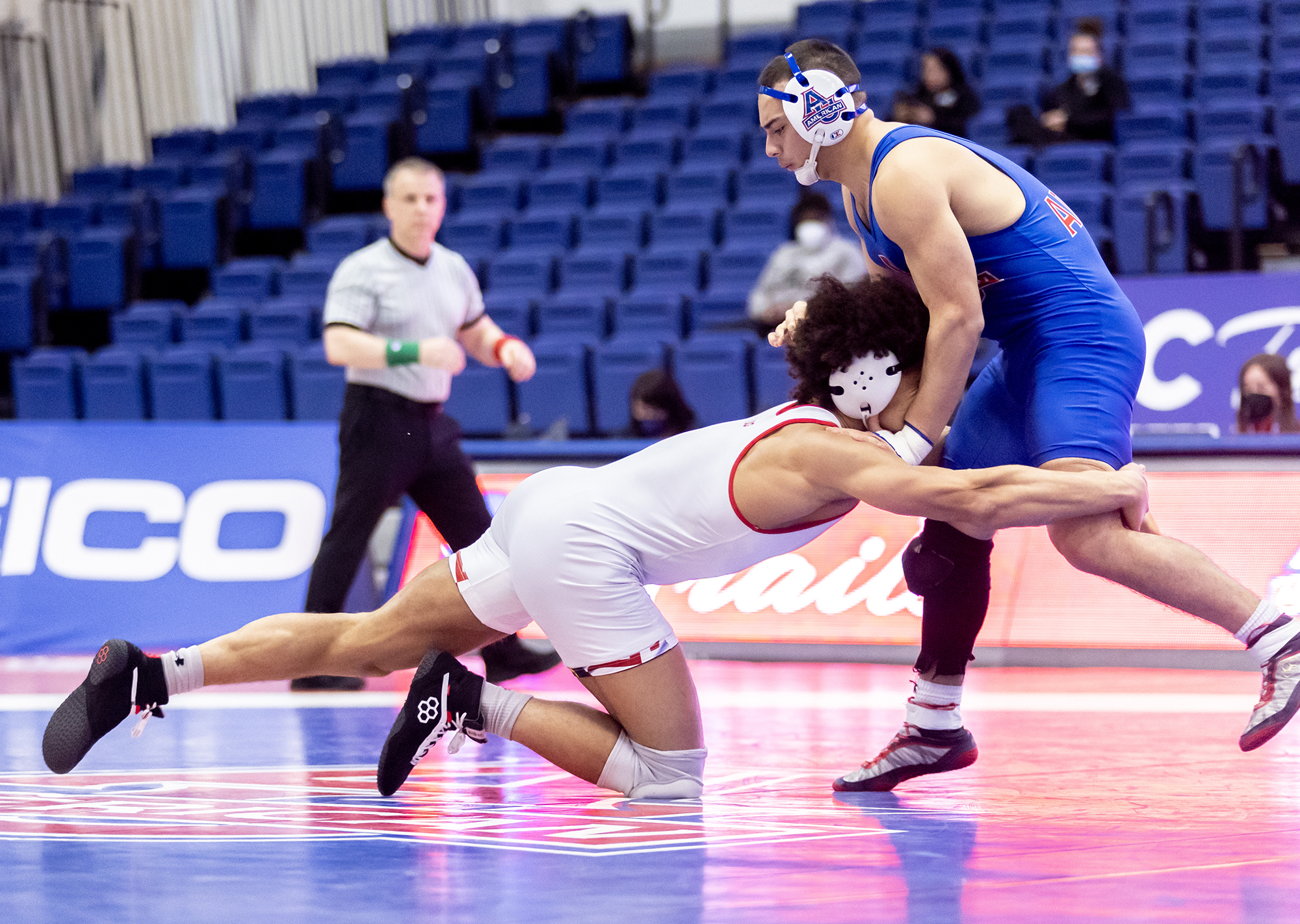 The excitement started with Sandoval, who Cochran describes as a “showman” on the mat. Sandoval put on a show with electrical fall win over No. 23 Angelo Rini in just 31 seconds for his 13th pin of the season to stay on pace for the most pins in the NCAA. It was also Sandoval’s quickest fall win of the season.

Bertoni came into the Columbia match on a seven-dual losing streak which he snapped in a big way. Bertoni dominated No. 20 Matt Kazimir from the jump, and he grabbed a 7-1 decision victory for a huge upset in his last performance in front of a home crowd.

A big factor in the outcome of the dual was the 149 and 184 bouts involving Michael North and Cochran.

Down 15-12 against the Lions, Cochran came through with a major decision win to give Maryland a 16-15 lead that it would not give up.

Throughout the season, Coach Alex Clemsen has preached that every point matters. Both Cochran and North’s performances either added bonus points for the Terps and negated them for the Lions.

Schrader and Smith were tasked with closing out a win for Maryland in the final two bouts.

And just like they did earlier in the season in three of Maryland’s comeback wins against Drexel, Duke and Navy, they both did just that.

“That’s a good memory for those guys, for our staff and for me personally,” Clemsen said.

But the point of the weekend wasn’t just to acknowledge the seniors — it was to continue to build momentum towards the bigger picture at hand: the Big Ten tournament.

A short turnaround the next day meant the Terps had to avoid an emotional hangover in a road dual against an American team that had no ranked wrestlers in its lineup.

After starting slow, the Terps scored 18 unanswered points and finished with 31 points, the most they’ve scored this season, to beat the Eagles. The energetic win started with a spark by Bertoni.

Following up his senior night performance Bertoni dominated Ethan Szerencsits for a 16-0 tech fall to go 2-0 on the weekend.

“I think this weekend was his best performance,” Clemsen said.

Lucas Cordio, Cochran, Smith and Schrader also took care of business and went 2-0 on the weekend. North and true freshman Gaven Bell picked up big wins to spilt their weekend at 1-1.

Maryland did their job with an emotional win against Columbia and took care of business against American, finishing this season at 7-12, the most dual wins in a season since they joined the Big Ten.

After its most successful regular season, Maryland hopes to make its mark on the postseason in the Big Ten tournament.

“I think we’ve got a couple more really good shots, sneaking some guys through the Big Ten [tournament] If they can maybe catch a break and capitalize on it,” Clemsen said.