Maryland men’s basketball has been productive during extended break 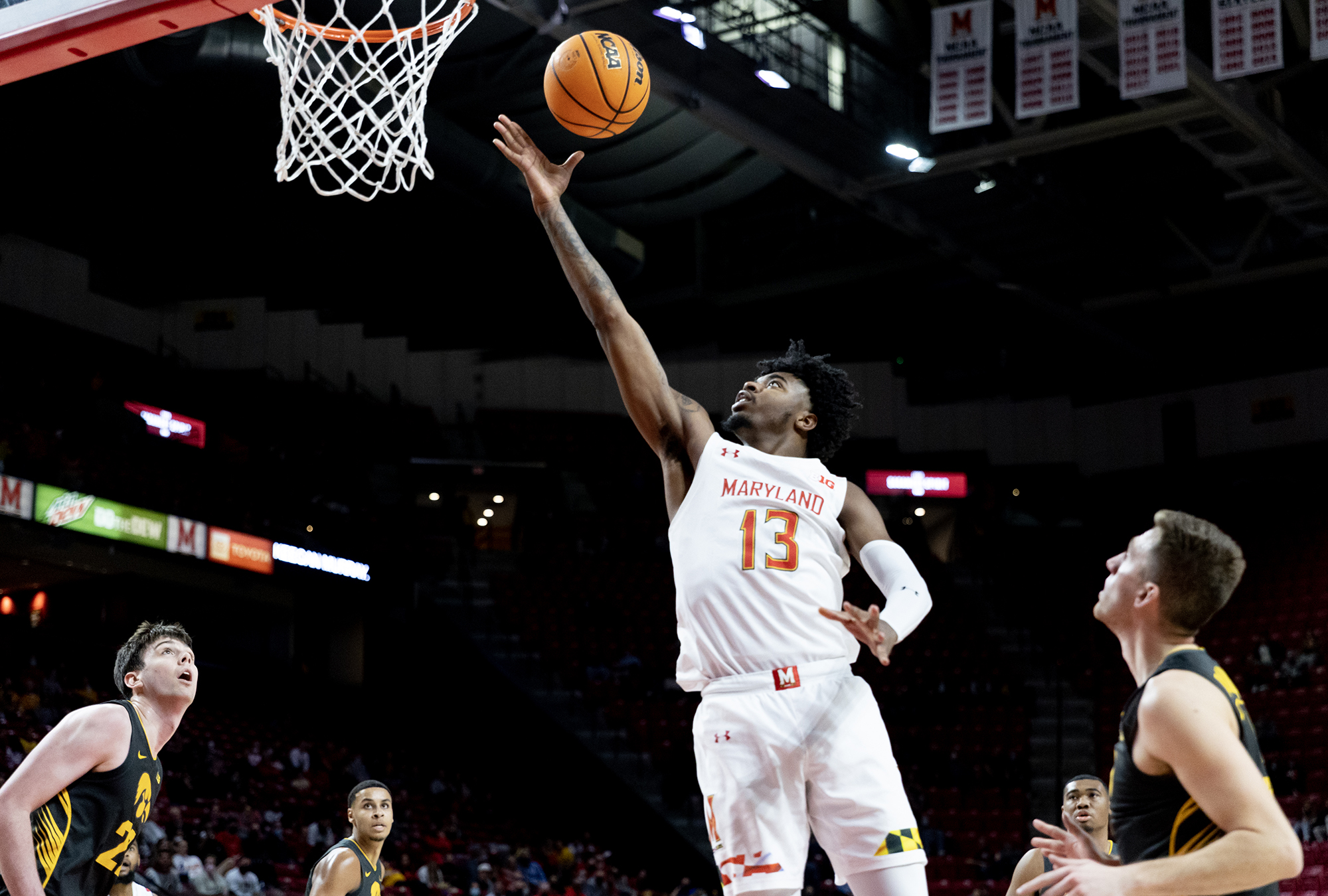 The chances for Maryland men’s basketball to reset are wearing thin. With six games remaining in the regular season, the Terps are at the end of their final extended break in their schedule.

Maryland fell to then-No. 3 Purdue, Sunday, in the final seconds, failing to get a go-ahead basket in its 62-61 loss. Now dragging along a five-game losing streak, the Terps (11-14, 3-11 Big Ten) get one more chance to come out of a hiatus and jockey for a better position in the Big Ten standings.

“We just have to do a better job of making sure that we find a way to win the game down the stretch,” interim head coach Danny Manning said. “The type of effort that we played with at Purdue and these other games is what we need on a nightly basis.”

Maryland has struggled in being able to close out games during its latest rough patch. But five days between the loss to the Boilermakers and the Terps next opponents in Nebraska looks to be a difference-maker.

Players had the chance to rest up and get more time in the gym, something Fatts Russell said went well during the week of preparation for the Cornhuskers.

“Even in practice, people were flying around, talking more,” Russell said. “So it was a good thing.”

Importantly, Maryland also had the chance to get healthy. Wear and tear struck hard before the Purdue game with Eric Ayala staying sidelined with a wrist injury.

Ayala had started almost every game of the season, before Sunday. But in the Terps’ first top-10 matchup of the year, he was unavailable.

Manning said that Ayala is still a game-time decision come Friday night’s meeting with Nebraska. Maryland’s leading scorer was a limited participant in practice throughout the week.

“It’s always nice to see the guys come back with a refreshed mindset and hopefully body as well from that time off,” Manning said.

In Ayala’s stead, Ian Martinez saw increased game time, playing 26 minutes against the Boilermakers. It was the most the sophomore guard had played since the Terps battled Hofstra in Nov. 2021, where Martinez played 30 minutes.

Martinez had largely fallen out of favor, appearing for a few minutes off the bench during conference games where the Terps were desperate to find some sort of boost.

He’s still searching for a modicum of consistency. Before a 12-point effort against Iowa on Feb. 10, Martinez had been a combined 2-for-20 shooting over his previous 11 appearances.

“It’s been good to have more minutes and everything,” Martinez said. “It’s getting my confidence up a little bit. Always gotta stay ready.”

In the event Ayala is relegated to the bench for a second straight game, Martinez will be called upon to pick up more slack for his squad.

The Terps get, arguably, their easiest matchup in months with bottom-of-the-conference Nebraska. The Cornhuskers are a week off of their first Big Ten win, coming against Minnesota.

Like the majority of Big Ten teams, Nebraska boasts a handful of game-changers. Both of the Cornhuskers’ elite talent live in the backcourt between guards Bryce McGowens and Alonzo Verge Jr.

Maryland will be getting its first taste of both players, however McGowens — a freshman — has been explosive in conference play. He’s scored double digits in 14 of his last 15 games.

The Terps are always keeping an eye on their upcoming opponents. But getting the opportunity to work on getting their own mental and physical health ahead of crucial Big Ten games will not go unnoticed by the team.

“With everything that these guys go through with the amount of pressure that they have on them to perform on a nightly basis,” Manning said. “Whenever you get a chance to decompress it’s always a good thing.”