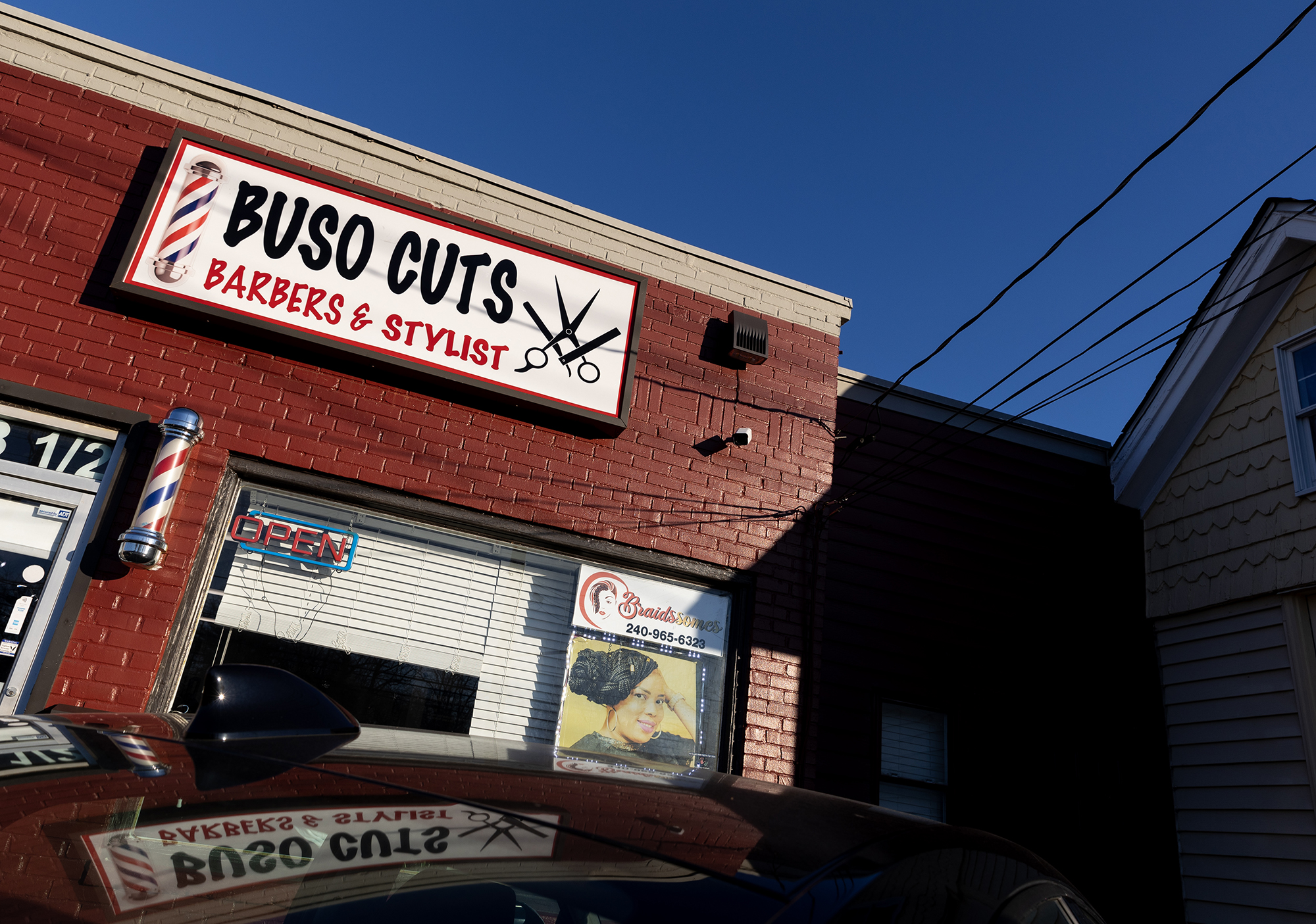 One day, he received a call asking him to buy a barbershop on Baltimore Avenue.

Although Arias was uncertain whether he could afford the shop or not at first, he and his brother took the offer with just enough money saved and opened their own shop “Buso Cuts” in September 2018.

“I want to change the face of barbering,” he said. “I had opportunities and I had offers, [but] I still chose barbering.”

Before opening his shop, he would travel to El Salvador for vacation about twice a year, which is where he heard the slang word “Buso” and found it to be cool as it meant “being on point, being sharp.” From there on, he was nicknamed “Buso '' while cutting hair.

Eventually, he would give his shop that name.

Buso Cuts is located on Route 1 at 9203 ½ Baltimore Ave, about an eight minute drive from this university and has several nearby bus stops. Some students say it’s convenient that his shop is close to campus.

Senior mechanical engineering major Matthew Berman has been going to Buso Cuts since his freshman year. He said Arias is outgoing and easy to talk to.

They have had conversations about their experiences as freshmen, hanging out with friends, classes and getting through college, Berman said.

“I can talk to him about anything,” Berman said.

Arias graduated from this university in 2018 with a bachelor’s degree in marketing. He said he used to read case studies on big companies such as Coca Cola and Ford, which encouraged him to push for his own business.

Arias said his professors inspired him as well. He recalls a marketing professor who took the time to help him understand concepts in an analytical way, which was initially difficult for him.

Another professor of his said he taught Under Armour founder Kevin Plank.

“When he said that, in my head, my mind, I’m like, ‘you’re gonna be saying that Edwin Arias was in the class and he created Buso Cuts,’” Arias said. “It just spoke to me.”

As a student and the co-president of this university’s Business Management Association at the Shady Grove Campus, Arias said he often found himself working with others. His peers assigned him leadership roles because they thought he talked to everyone in a sensitive way, he said. He now applies those skills to his shop.

His marketing studies gave him insight on what makes a business successful, he said.

Marcelo Nunez, a 2018 marketing graduate who studied alongside Arias, said having a business never changed Arias’s humble character. He has known Arias for about six years and remembers the first time Arias cut his hair.

“Every time I walk into [Buso Cuts] now, I still get that same vibe and feeling from when I used to go to his parents’ house to get my haircut,” he said. “I have seen the growth with him not only professionally in the business field, but also with his craft as a barber.”

Nunez always feels accepted when he’s getting his hair cut at Buso Cuts.

“I’ve seen all types of races come in there at the same time and get haircuts[.] There’s a lot of diversity in the barber shop and a lot of inclusion for everyone,” he said. “Everyone feels welcomed.”

Arias and his brother run business pages for Buso Cuts on Instagram, Facebook and Twitter to help promote their shop. Buso Cuts has its own logo on T-shirts and other merchandise.

Arias said he is grateful to have the opportunity to serve the people in his community and college students. He wants to open more Buso Cuts locations in the future.

“I hope a lot of more UMD students go out to [Arias’s] shop,” Nunez said. “I would love to see his business grow even further.”